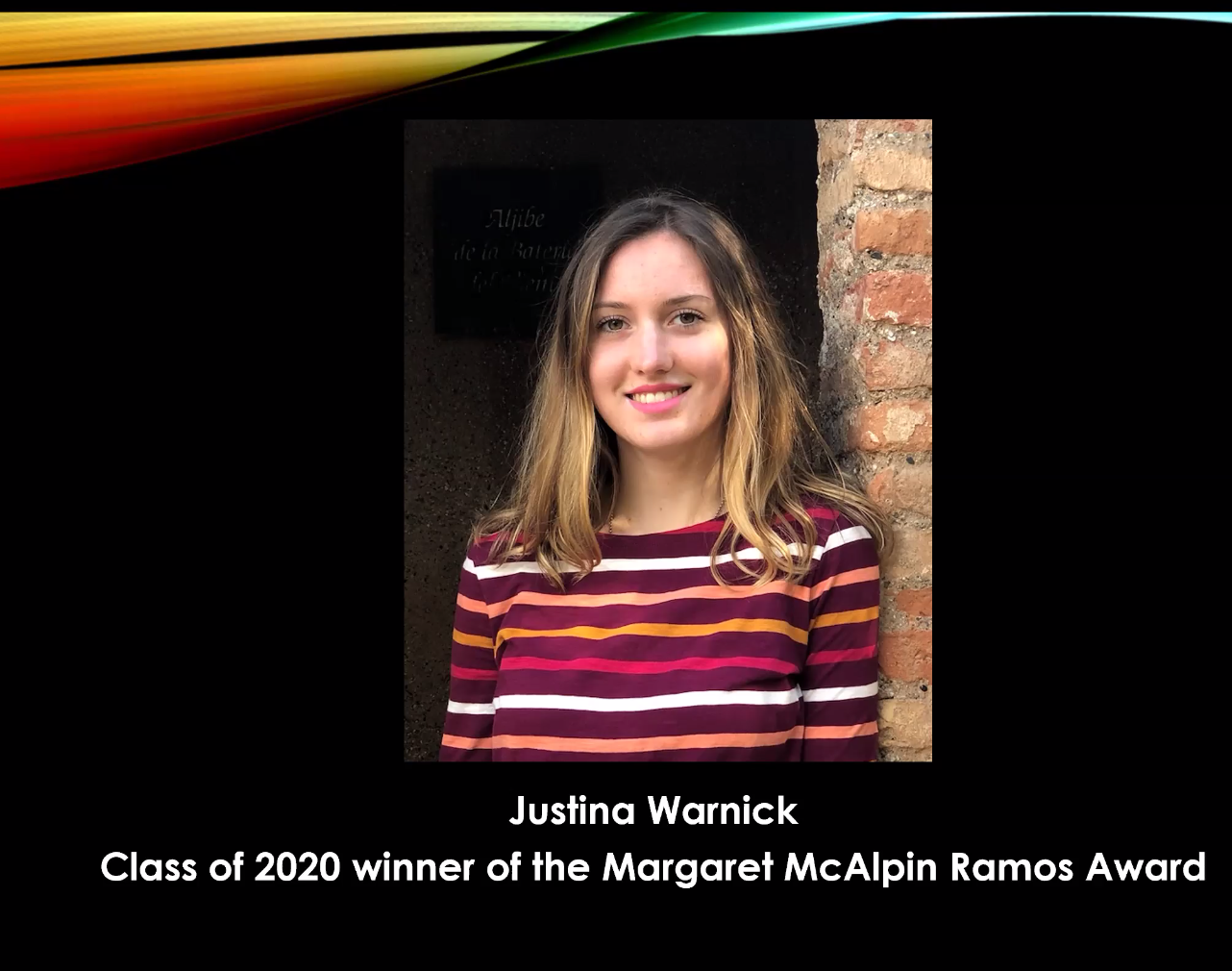 Justina Warnick was awarded the Ramos prize in Spanish during the May 15,2020  on-line Spanish Major celebration hosted by the Department of Spanish and Portuguese.