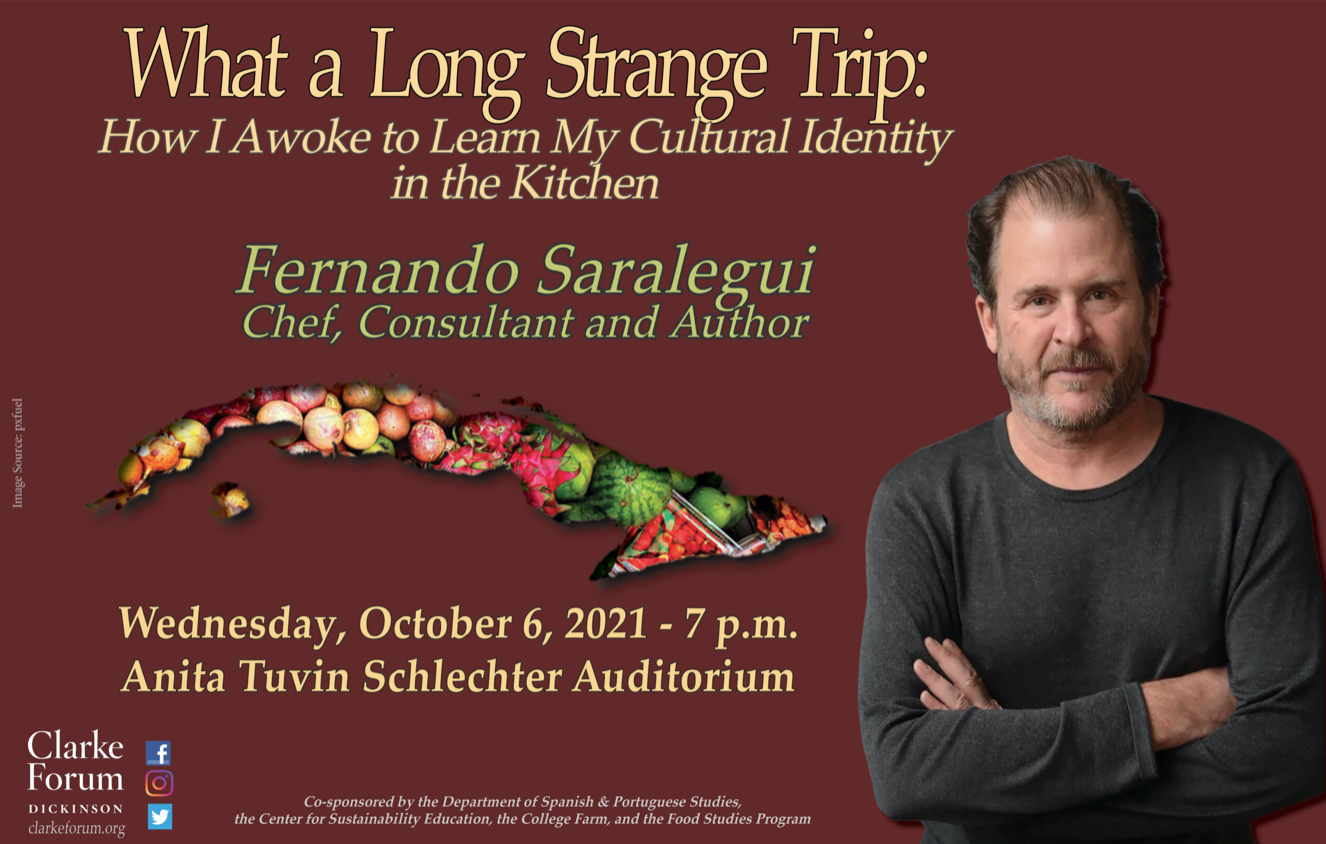 On Wednesday, October 6, 2021, there will be a Clarke Forum What a Long Strange Trip:  How I Awoke to Learn My Cultural Identity in the Kitchenwith Chef, Consultant and Author Fernando Saralegui. This program is sponsored by the Clarke Forum for Contemporary Issues and co-sponsored by the Department of Spanish & Portuguese Studies; the Center for Sustainability Education;  the College Farm; the Food Studies Program; and Latin American, Latinx & Caribbean Studies.

Cuban born with Basque, Asturian and Galician roots, Saralegui will discuss how curiosity about Cuban and Basque cuisines led to the discovery of and journey towards his cultural self. He will also reflect on how this journey has afforded him a heightened sensitivity towards questions related to identity in both social and culinary contexts.

Fernando Saralegui was born in Havana, Cuba and has been in the restaurant game his entire career. Saralegui received his B.A. in theatre set design from UC Berkeley where he also worked at Chez Panisse restaurant, his true alma mater. Since then, he’s opened restaurants from Los Angeles to New York to Austin, including his own two New York Times’s one-star restaurants, Alva and L-Ray.

Gastronomic endeavors extend outside of the kitchen as well. Moving to Austin, TX in 2001, he became the executive director of the Austin Food Festival’s Antecedent, the Texas Hill Country Wine and Food Festival.  He wrote a cookbook, “Our Latin Table,” which garnered an invitation to cook “Cuban Thanksgiving” at the James Beard House. Recently, he completed his second book, “Best Eats Havana,” about Cuba’s entrepreneurial restaurant, bar, and night life scene, and cooked an encore engagement at the Beard House.