On Monday, November 8th, the opening reception of With Open Heart and Open Arms/ Con corazón y brazos abiertos was held in the Waidner-Spahr Library. This collection showcases LGBTQ+ Cuban refugees and the LGBTQ+ Community’s Response to the Mariel boatlift of 1980, a mass emigration of Cubans to the United States. Sponsored by the Central Pennsylvania LGBT Center History Project, the Department of Spanish and Portuguese Studies, Latin American, Latinx, and Caribbean Studies, the Office of Lesbian, Gay, Bisexual, Transgender, Queer, and Questioning (LGBTQ) Services, and the Waidner-Spahr Library, this exhibit will be located in the Circulation Desk Area of the Waidner-Spahr Library until November 23rd. 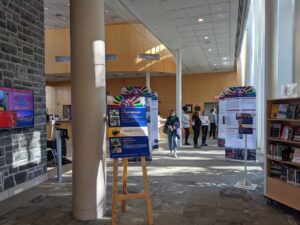 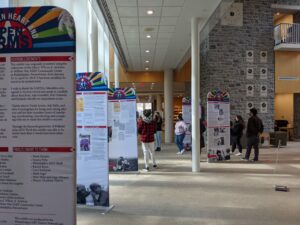 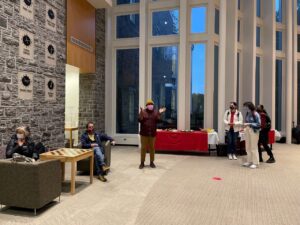 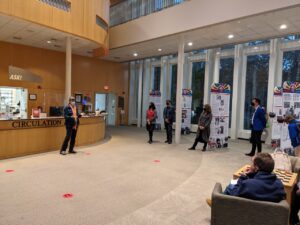 In addition, there was a film screening of Before Night Falls on November 8th. Julian Schnabel’s 2000 biographical adaptation frames the life of Cuban writer, refugee, and queer activist Reinaldo Arenas (1943-1990), who escaped from Cuba during the Mariel boatlift. Margaret G. Frohlich, Associate Professor of Spanish and Portuguese Studies, situated this evening’s film in the context of contemporary issues in Cuba and related cinema. Professor Frohlich is a scholar of Cuban film and gender and sexuality studies. 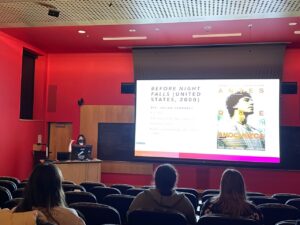 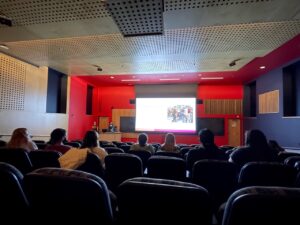