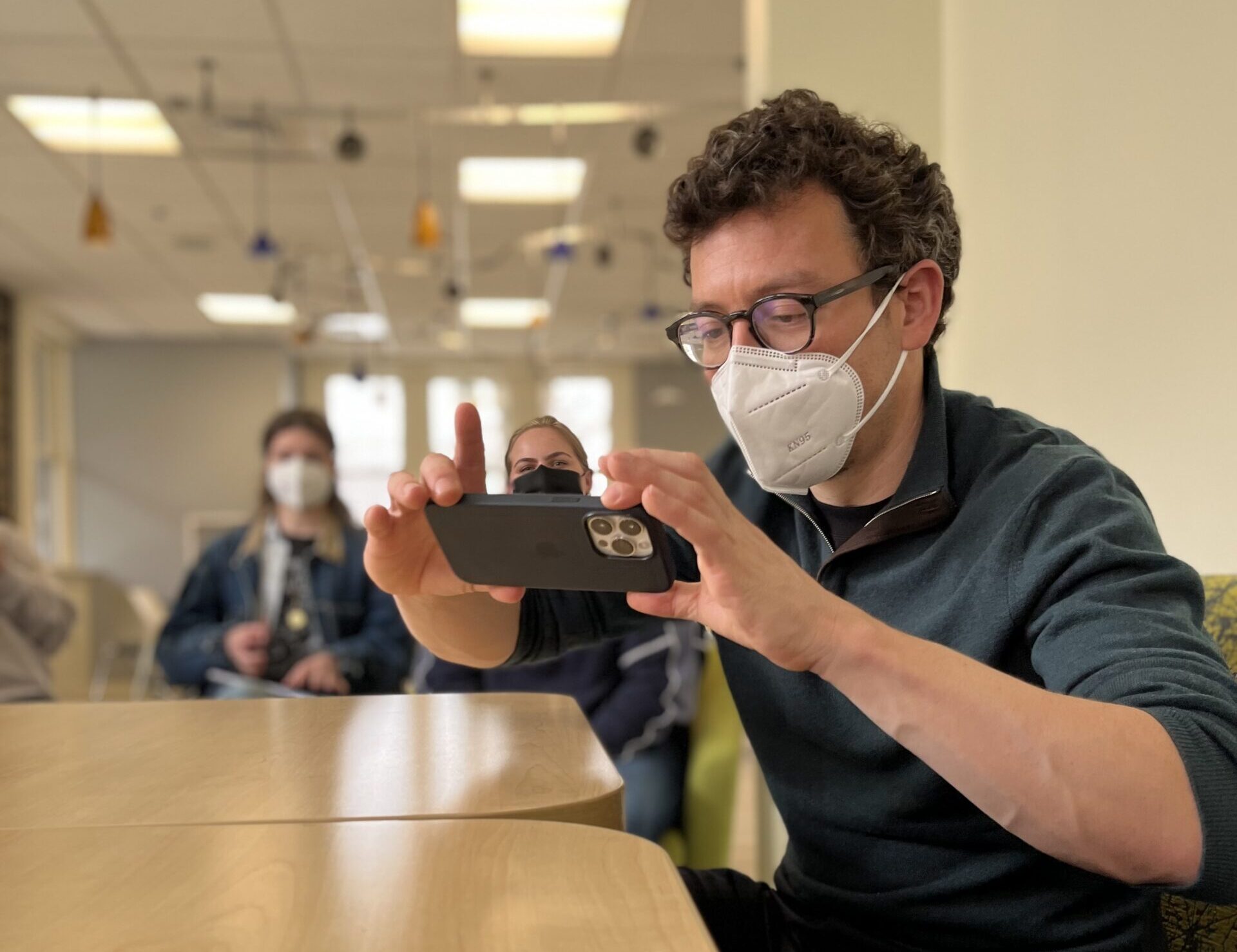 Students in the Department of Spanish and Portuguese were invited to meet and chat with the co-founder and CEO of Duolingo, Luis von Ahn. Led by professor Arnedo, students had the opportunity to ask questions and share experiences regarding the Duolingo app (Nasdaq: DUOL).

Duolingo, however, was not von Ahn’s first venture. While obtaining his Ph.D. in Computer Science at Carnegie Mellon University, he worked on a thesis in Human Computation, which eventually became the system of CAPTCHA and then reCAPTCHA: a revolutionized way to optimize and secure online transactions (while aiding the digitalization of online literature!). Furthermore, in 2007 von Ahn and his graduate student, Severin Hacker began working on a project with the goal of educating the public- which is now the company known today as Duolingo.

von Ahn recounted the obstacles faced by the platform and how the company is working on improving along with the user base. Some languages, such as Japanese or Norwegian are still a work in progress but future versions are working to fix the structure of the lessons. Although it’s not perfect, Duolingo is an accessible way for people to learn a new language.

As Dickinson is a school that boasts foreign language education, it’s no surprise that they are awarding von Ahn for his efforts in making language acquisition more accessible.