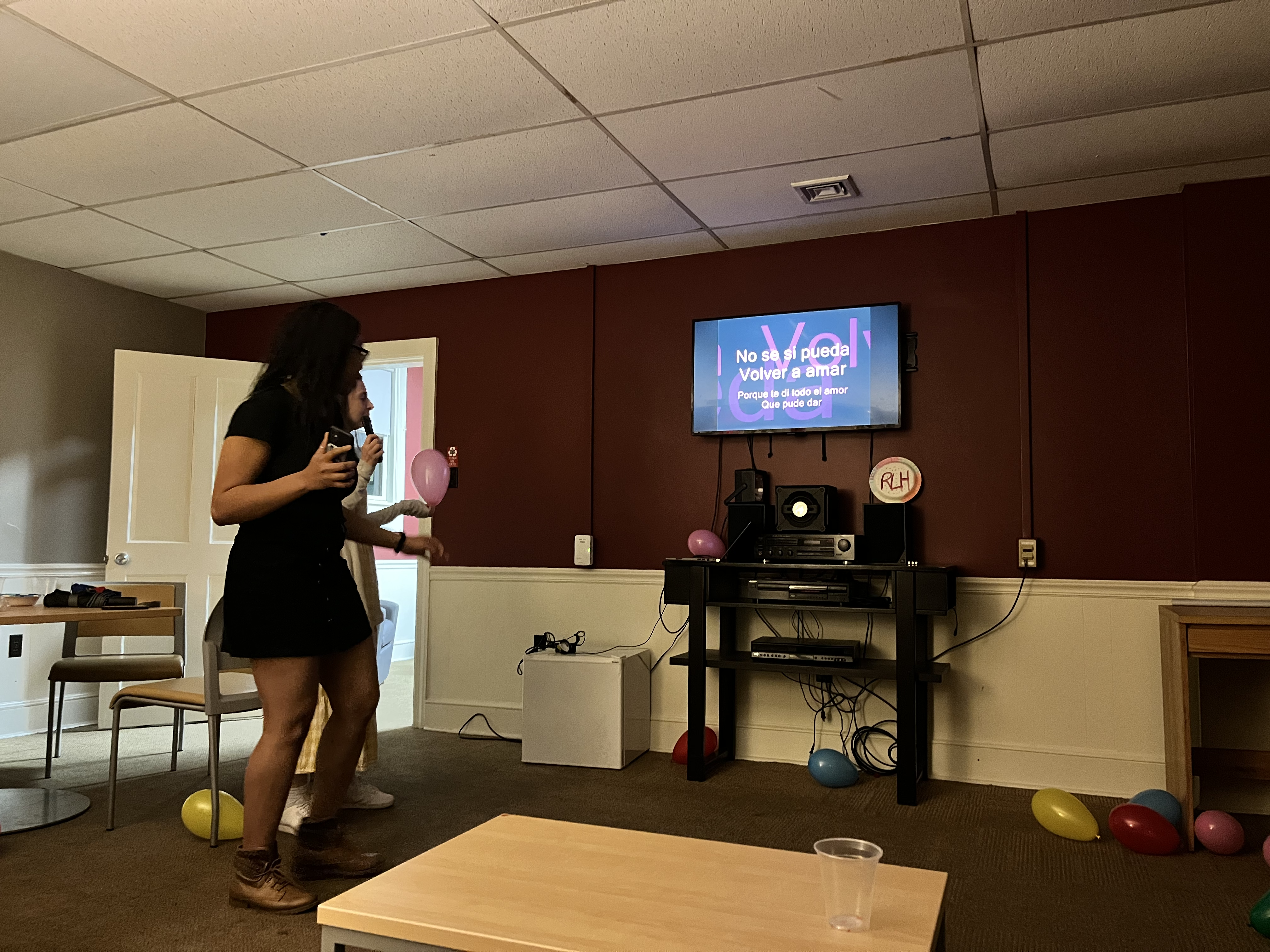 Friday, April 9th was a busy day for Dickinson students: accepted students roamed the campus, and the yearly musical opened its doors for the weekend crowd. However, what is most notable was the karaoke night at the Romance Language House. Students gathered in the common room of the RLH to join together and enjoy songs from countries ranging from Shakira’s Colombian pop to Mina’s Italian classics.

A majority of the music listened to in the United States consists of non-English musicians. A 2019 report by BuzzAngle stated that 9.4% of all albums listened to in the USA were accounted for by Latin/Hispanic music- surpassing country. In 2021, one of the most popular and best-selling artists was the Latin artist Bad Bunny- whose song “Yo perreo sola” sold over 1.5 million copies both physically and digitally. The young Puerto Rican also took the top spot of the most-streamed artist on Spotify, leading over Taylor Swift and Drake.

Mina, Stromae, and Shakira are also notable examples of international artists who have a large following in the anglosphere. Shakira has been prevalent among English speakers for years, with her most notable song “Hips Don’t Lie” topping charts across the globe in 2006. Mina was known for breaking societal boundaries in the 60s and 70s, even outside of Italy she traveled around Europe touring and appearing on international television programs. Stromae debuted in the US in 2014 and has collaborated with artists such as Lorde on soundtracks for blockbuster films such as The Hunger Games: Mockingjay- Part I. He continues to be prevalent in the anglosphere and has even performed at the US mega-festival- Coachella.

One of the best ways to learn a language is to listen to music in the target language- so why not try singing a little?