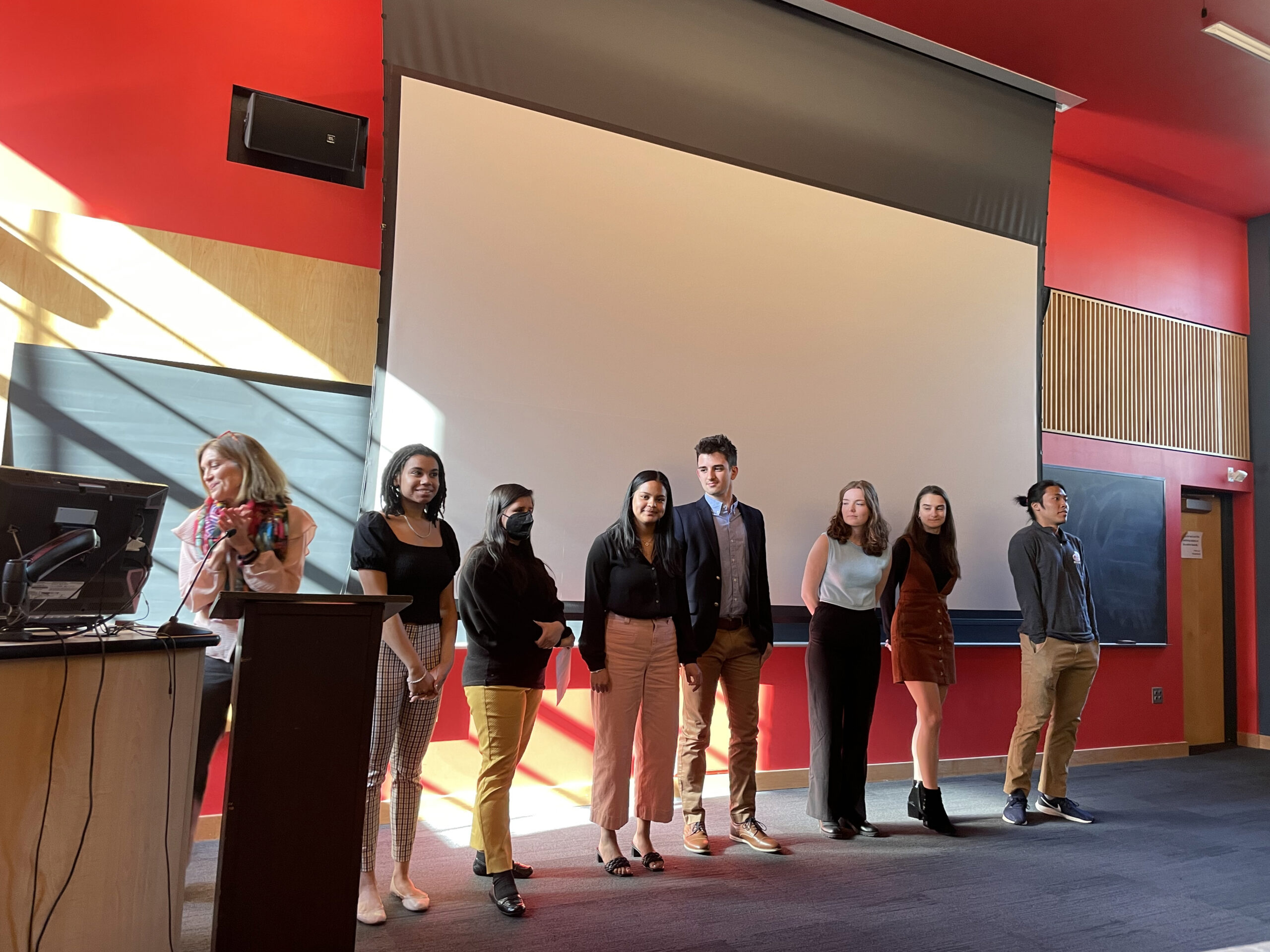 On Thursday, April 28th, the Spanish Department held their annual Student Research Colloquium where they honored a select group of students who had accomplished outstanding research in Spanish during their time at Dickinson. The eight students had the opportunity to present their research in front of their peers and professors.

The eight  student presenters include: