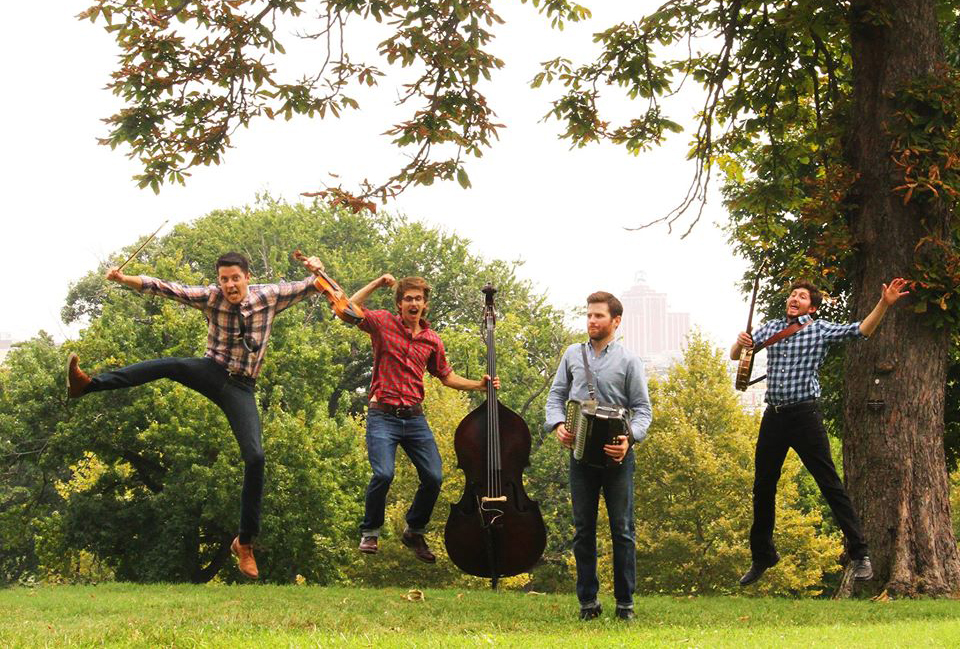 Formed in 2014, Charm City Junction has taken the acoustic music scene by storm performing around the country gaining high praise along the way for their high-energy, captivating and dynamic performances. Patrick McAvinue, 2017 IBMA Fiddle Player of the Year, takes charge with his virtuosic, powerful and musical approach to the fiddle. Clawhammer banjo wizard Brad Kolodner adds his playful, driving, melodic and groovy Old-Time touch. Sean McComiskey, soars through the tunes and fills the gaps with his soulful button accordion playing. The versatile bassist Alex Lacquement drives the train, locking everything together with his commanding and tasteful choices. Drawing from separate musical backgrounds, the four members have found a common ground on which to develop their unique approach. Since releasing their highly anticipated debut album Charm City Junction on Patuxent Music in the fall of 2015, they have performed prestigious festivals including Grey Fox, Old Songs, Bristol Rhythm & Roots, Delaware Valley Bluegrass Festival and an appearance at the Kennedy Center. They released their second full-length album, Duckpin, in the summer of 2018. The record debuted at #6 on the Billboard Bluegrass charts.