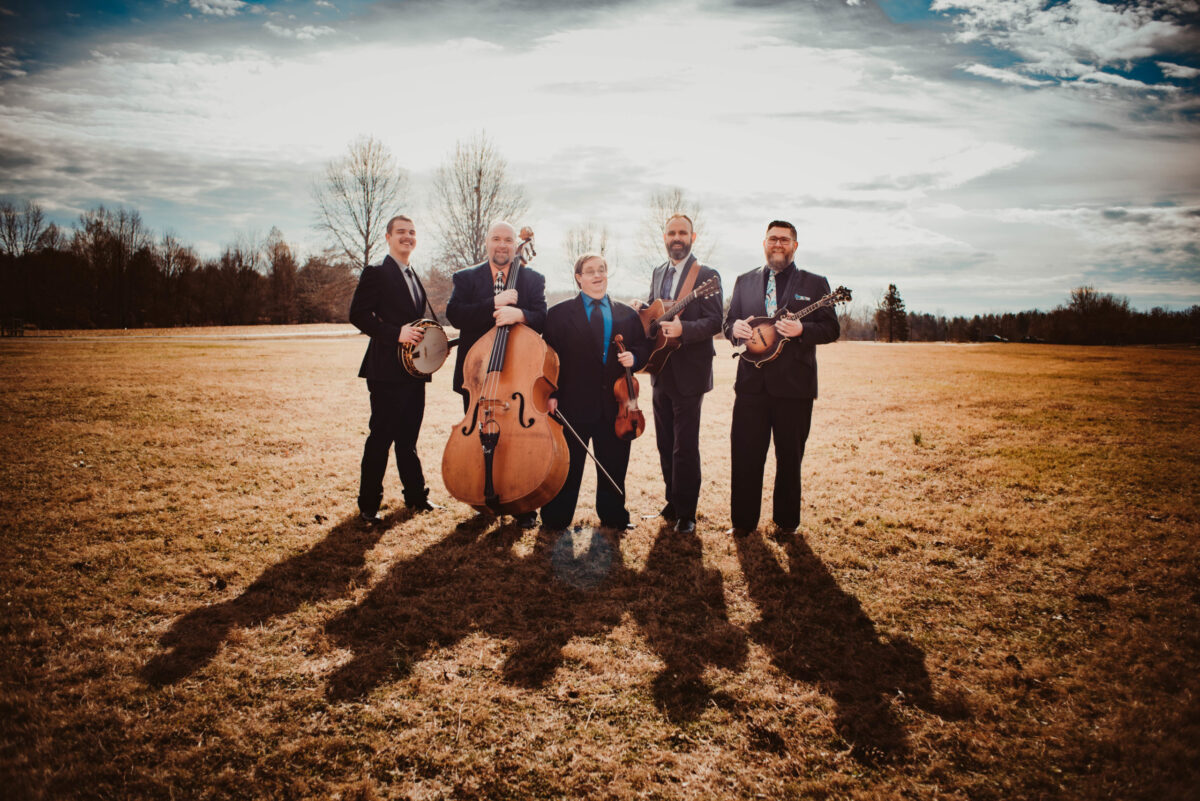 The world tends to look at accomplishments in the form of accolades and although only in his mid-30’s, 2020 GRAMMY Winner Michael Cleveland, has plenty to his credit. After picking up the fiddle at age 4, Michael’s musical momentum began to propel him forward towards early success. “When I started taking lessons at age 4,” he remembers, “I told the teacher right up front that I wanted to learn how to play bluegrass and I wanted to play ‘Orange Blossom Special.’” Reluctant as they were, his teachers quickly found reason to his rhyme, helping him progress to the point when, at age 9, Michael was invited to sit in with the legendary Bill Monroe at the Bean Blossom Bluegrass Festival. Soon after, he brought his virtuosic style to the Grand Ole Opry as a guest of Alison Kraus, and was hand picked for the International Bluegrass Music Association’s (IBMA) Bluegrass Youth Allstars before he was 14. His blistering prowess and technical fluency have since marked him as a sought-after musician, leading to performances with Vince Gill, Marty Stuart, Tim O’Brien, J.D. Crowe and the New South, Andy Statman, and The Kruger Brothers in recent years. However, it wasn’t until 2006, when Michael formed his own band Michael Cleveland & Flamekeeper, that he found the right vehicle for his musical vision, and he hasn’t rested since, constantly looking for new ways to push himself and his music forward.

“He plays fearless and it’s intoxicating to play with him because he makes you play fearless,” says Country Music Hall of Famer Vince Gill. “He takes no prisoners but he plays with a restraint and a soul. He plays without abandon.” Clearly, the IBMA agrees as he’s their most awarded Fiddle Player of the Year with 12 wins, has won Instrumental Recorded Performance of the Year six times, and fronts their 6-Time Instrumental Group of the Year. And, Cleveland is a 2018 Inductee to the National Fiddler Hall of Fame. Together with Flamekeeper members Josh Richards (guitar), Nathan Livers (mandolin), Jasiah Shrode (banjo) and Chris Douglas (bass), Cleveland makes his way around the country performing festivals, clubs, and performing arts centers, delighting audiences, leaving them with jaws dropped in complete amazement.“It’s wicked to see how much music he pulls out of a bow,” continues Vince. “He’s untouchable.”

Nathan Livers originally from Louisville, Kentucky, Nathan Livers has been engulfed in music his entire life. From his grandpa’s claw-hammer banjo playing to the sounds of Bill Monroe and the Stanley Brothers on the turntable, bluegrass music is in his blood. Inspired by Bill Monroe’s mandolin style, Nathan picked up the instrument at the age of ten and learned a few chords and melodies from his father, Bill Livers, whom he credits as being the driving force behind his learning to play. Now making his home in Charlestown, Indiana, Nathan, a proud father of two, has played in such bands as The ‘Get Down’ Bluegrass Boys with Michael Cleveland, Charlie Lawson & Oak Hill, Gary Brewer & the Kentucky Ramblers, Tony Holt & the Wildwood Valley Boys, and a Louisville-based bluegrass band, Storefront Congregation, that featured Nathan’s songwriting on its 2011 release “Kaleidoscope.”

Chris Douglas born in Alpena Michigan to a musical family and …at the ripe old age of 12…his parents bought him his first bass. He was exposed to Bluegrass from the start, playing music with his dad John and brother Lloyd (Warrior River boys, Jim and Jesse, Detour). Soon Chris’s musical tastes began to expand and he was listening to and playing all styles of music. In 1993, he was awarded a full scholarship to the Wayne State University Jazz Department. Ah…. but soon the call of the road beckoned, and his real education was about to begin. Chris began working with bands such as: Dayle Eskridge and Changing Times; Rhonda Vincent and the Rage; The Donny Hartman Band; Motor City Josh and the Big 3; Ricky Nye Inc; Gmiles and the Band of Helping Hands; The Noah Wortherspoon Band; and Ben Levin and the Heaters. In 2011 Chris became the house bassist for the Arches Piano Stage– a unique event that showcases Jazz, Blues, and Boogie Woogie Pianists from around the world. Chris has been fortunate in his travels to perform with such notables as Marcia Ball, Aaron Bibelhauser, Ari Borger, Judy Carmichael, Michael Cleveland, Bob Corritore, Daryl Davis, David Davis, and the Warrior River Boys, Fabrice Eulry, Frost, Cynthia Girtley, Henri Herbert, Bruce Katz, Harold Kennedy, Chuck Leavell (Allman Bothers), Matthew Lee, Bob Margolin, Zak Morgan, Phillip Paul, Josh Paxton, Rob Rio, Bob Seeley, Stephanie Trick, Johnny Vidacovich, Dick Wagner. (Alice Cooper/Frost)–among others. In his travels, Chris has played venues such as The Bottom Line (NYC); The Grand Old Opry; The Ryman Auditorium; Sirius Radio World Headquarters; The Arches Piano Stage; The House of Blues; & numerous Blues and Bluegrass festivals…including a rest area somewhere off of I-75 in Florida. Chris would like to give a special thank you to Eminence basses and the Cincinnati Bass Cellar for all their continued help and support. Now making his home in Cincinnati, Chris continues to work at his day job…Madcap Puppets…building all things puppet-related. He enjoys spending his free time with his awesome wife, Melly and their puppy dog, Buddy!

Joshua Richards grew up in the small rural community of Leota, Indiana. His earliest influences were his father Steve and brother Jason who taught him how to play and sing bluegrass music. Joshua has played in several bands through the years including the Farewell Drifters, Old Louisville Express, and Blue River (2008 Society for the Preservation of Bluegrass Music of America band contest winners). Josh is also a songwriter with songs included on the Flamekeeper album On Down the Line.

Jasiah Shrode was raised in a rural farming community near Plato, Missouri. He developed an interest in music at a young age and began learning to play several instruments at age 11. Although he’s quite proficient on guitar and mandolin, the banjo has been his first love. Since 2009, he has been a member of Jim Orchard and the Boys, a favorite in the Missouri region. Shrode cites his greatest musical influences as Jim Orchard, Aaron McDarris, Haskell McCormick, Ferrell Stowe, Earl Scruggs, Don Reno, and Sonny Osborne.