The Open Debates of Al-Jazeera 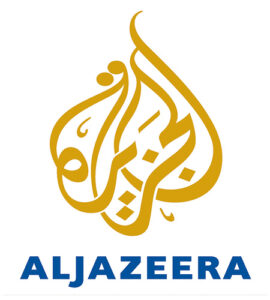 The thing that has most surprised me in our course was in our readings about Al-Jazeera. I was interested in how Al-Jazeera has shows where they invite guests from opposing viewpoints to discuss an issue. I found this so different from media in America or the West. In the media and news stations I am familiar with, I often find that stations only include a guest that either supports that station’s ideology, or they include a guest with differing views so that they can tear them apart and discredit their point. Never have I felt I have seen a truly open discourse. In what I have gathered from our Al-Jazeera readings, the station is less focused on how to frame an argument and more interested in allowing a natural argument to unfold.

However, I am not saying that bias does not exist in this station, nor am I saying that there are not other biased, more ideologically focused media in the region. After having researched Lebanon for this course, I saw how different stations in Lebanon cater to different religions or political groups. I also remember from our readings that Al-Jazeera has been accused of biased reporting.

While I am not denying that bias exists, I find, from our readings, that Al-Jazeera largely does allow open conversation of topics and wants to explore multiple sides of an argument. That kind of open dialogue feels very free and welcoming. However, I have never seen a show, and perhaps this plays out different in reality.

Another aspect of Al-Jazeera that leads to its open discussion is that it accepts live callers from all over the world. Again, this aspect gives the feeling of a truly open discussion, and the desire for the station to learn and hear from others rather than continuously portraying and encouraging a single viewpoint. Even when these viewpoints attack the station itself, Al-Jazeera aired these opinions and didn’t even interrupt. This direct interaction from the audience is something I rarely ever see in news stations in America, and I think really allows every day people to speak on issues that matter to them rather than listening to people talk at them about matters that will affect their lives.

While in many ways I like and admire how Al-Jazeera allows for such open debates, I understand how the texts we have read see how the intense passion of these debates, sometimes filled with yelling and negative and derogatory language directed at certain groups, can leave a negative effect on the public sphere. When some live callers only seem to have the purpose of hating on someone or on a group, that is not constructive and only fuels negativity. Additionally, when debates lead to yelling or people launching over tables, I can see how that only fans the flames between the two opposing sides rather than leading to a constructive debate. And it begs the question of what kind of impact this leaves on the audience. Do audiences take these debates seriously when they watch two people lunge at each other, or do they watch it like it’s a soap opera? How does what can sometimes be hate speech aired by live callers affect the public, especially those who are targeted by this speech? Does it make viewers feel unsafe?

I am completely intrigued by how in some ways these debates seem so free and democratic, but in other ways could potentially have bad impacts on the public sphere.