Regulating religious expression could be done in order to make a more sectarian society. In Turkey for example, religious head coverings were banned by the country’s founder. While this was done so everyone was technically all the same under a Turkish identity, in reality, it often alienated people and persecuted those who wanted to wear their coverings and outwardly express their religious identity. 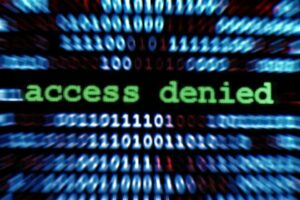 Additionally, sometimes religious censorship occurs not to encourage a more sectarian environment, but rather to enforce the rules and laws of one particular religion, often the dominant religion. As stated in the article, “In the Name of God: Faith-based Internet Censorship in Majority Muslim Countries,” Islamic censorship regulates things that are “immoral.”  What is considered immoral is determined by certain Muslims, or Muslim scholars. Additionally, since many Muslims interpret the religion differently, in can be hard to say what is truly the best practice and moral behavior. Therefore, censorship often falls into the hands of the loudest or most powerful groups and their interpretations. They not only censor media content, but also religious practices that fall outside of what they deem acceptable. For example, Sikhism is often seen as heretical by traditionalists or extremists. By censoring content to fit their idea of Islam, they force others to abide by their rules.

In both arguments for controlling religious expression, for either sectarianism or enforcing morality/ proper practices, these types of censorship lead to forced homogenization of society.

When Should Religious Expression be Regulated?

Religious expression should be censored or regulated when it enters the realm of hate speech. Traditionalists and extremists (of multiple religions) often express harmful ideas about women, LGBTQ+ people, and other minorities. When someone or a group attacks another individual or group based on their religion, then that type of “religious belief” or “expression” should be censored or stopped because it contributes to a negative and unsafe environment for others. Religious identification should not be used as justification to alienate and attack others.

Access Denied. Internet Blacklisting Is Taking Off Across The World. Accessed November 17, 2022. https://www.forbes.com/sites/kalevleetaru/2019/03/21/internet-blacklisting-is-taking-off-across-the-world/?sh=34ccfed250cc