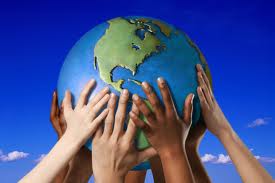 Recently, there has been an increasing trend of further interest and action towards mitigating the present matters of global climate change (Held) leaving hope of cooperation in contrast to the realist view. The realist view acknowledges global challenges but believes that these state issues are direct causes of other states and that these issues should be solved through self-help and military power (Bova 238-239). Realist thinkers often perceive the notion of cooperation to resolve issues is foolish and naïve. (Bova 249-250) The question then becomes, have the past and present helped to indorse realistic thoughts or is there hope that global collaboration is possible in the future? To me, the answer to such questions is that realists should contemplate the “self-help” idea, asking themselves if that is really enough to combat adequate enough responses to present threats. (Bova 239)

In the past, yes maybe this view would make more sense in a time before conferences of the parties were a thing and where there were less regulations or targets for emissions reductions in place. Hell, even at a time when the notion of attempting emissions reductions through the Kyoto Protocol was on the rise, realism may be justified. There were large emitters of green house gases that would not sign the protocol and many developing countries with fewer emissions were not required to reduce. In situations like this, where all nations are not held accountable, it is reasonable that some may see the idea of “self-help” as the best or only option. Furthermore, in times of war or dispute between other nations, it is practical to not see global cooperation as a possibility.

But it is not the past, it is the present and with this we must look today to the inspiring and remarkable efforts that are rising from the developing nations, stepping up to be “climate leaders”. Numerous developing countries around the world are commencing and transforming from no involvement in the climate change problem to actually initiating their own actions; cap and trade systems, targets/goals, emissions reductions regulations, etc… This is happening in different parts of the world, regardless of whether they are huge top-ten emitters of greenhouses gases or not. (Held) These examples of more and more nations stepping up to the plate, looking to further address the problem is reason enough to me, for realists to recognize the escalating potential of collaboration.

We must look forward from the past and focus attention to the present and the future of such issues. Every man for himself has been a start to assessing the worldwide subject of climate change, but it is just that; worldwide and universal. To me, this means that everyone must assess together, that cooperation as the main focus, is the only way. We are all human beings alike, regardless. Realists know that there is a problem and they know that it needs to be addressed. It is “naïve” of them to not give hope to our world working together, not the other way around.

**Arguments and ideas are supported by “Editors’ Introduction: Climate Governance in the Developing World.”