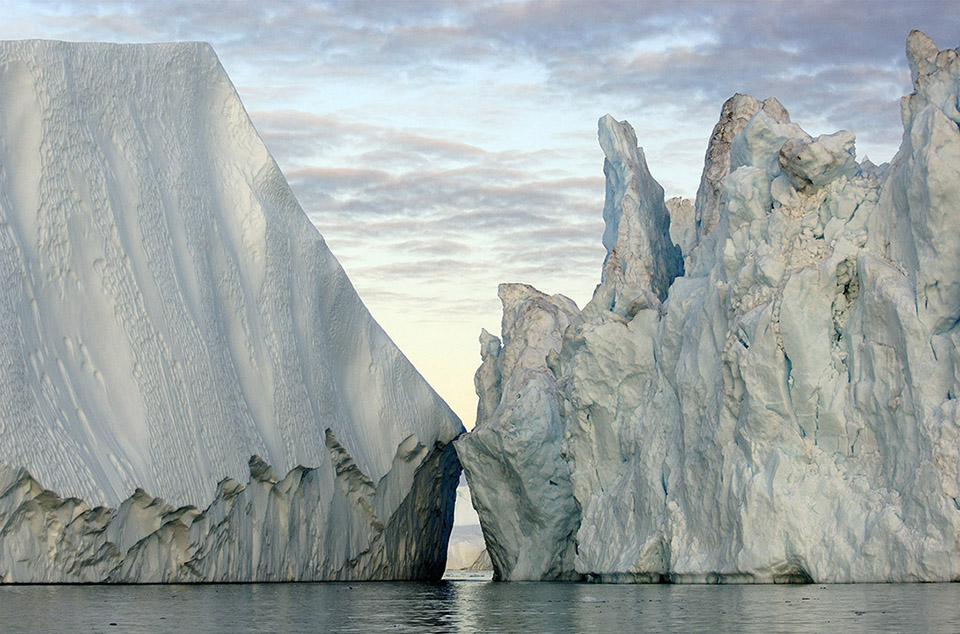 How can we see climate change? How can we take something that is often discussed in the abstract and show it in the here and now? As a visual learner, these are questions I have wondered for a while now and they were finally answered after watching James Balog’s Chasing Ice. Through Chasing Ice, Balog creates an amazing visual of climate change by capturing photos of glaciers over many years and using time lapse photography to showcase the change.

At Dickinson, we had the pleasure of spending time with James Balog last week. During his presentation, he said that by taking pictures of these glaciers, he is giving a voice to something that otherwise would not be able to speak. When you watch Chasing Ice, you can see how the glaciers move in this very life-like quality, but it is obviously true that they can’t speak. They can’t tell us that they are getting smaller. They can’t warn us of the dangers that might cause. But James Balog can, and does.

In this ABC News clip below, the newscaster starts off by saying, “only in America is it controversial for me to begin tonight’s program by declaring that global warming is really happening.” While I think naysayers exist in far more places than just the United States, the newscaster has a point. Despite the facts, despite the evidence, climate change still is extremely controversial. However, as this news clip shows, James Balog is helping to convince the naysayers, by showing the problem in a completely different light.

One Reply to “Balog’s Pictures: Worth Far More Than 1000 Words”