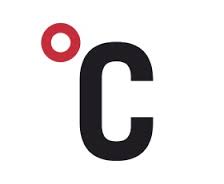 When dealing with a global issue such as climate change, it is difficult to determine responsibility and even more difficult to uphold accountability. A problem of this kind of scale requires both small local and large global efforts. However, it is hard to connect those efforts together in a way that is most productive for everyone. The Climate Group, an international non-profit, believes that a “clean revolution: the rapid scale up of low carbon energy and technology” will allow for a low-carbon future (The Climate Group). As a transnational organization, the Climate Group works across several nations, holding offices in China, North America, India and Europe, and completing projects of many different scales (The Climate Group). The Climate Group’s role as a transnational organization is vital to achieve its goal of information sharing because it successfully works as a connection between groups who would otherwise not have access to the ideas or resources to make the improvements the world needs.

The Climate Group works under four core principles that sum up what I believe to be some of the most important parts of climate change governance. The four principles are: climate change is an economic issue not just an environmental concern, a small community has a big influence, partnerships are more effective than organizations acting alone and clear communication of practical success stories drives action (Climate Group Annual Report 2012). These are also four of the reasons that the Climate Group, and other transnational organizations, can achieve goals faster or easier than global or local groups. Its largest initiative currently, called the Clean Revolution, encompasses these principles by bringing together local groups and large companies to install technology for a low carbon future. The Climate Group worked with LED light manufactures to make LED lights available in parts of the world that would have possibly not had this technology until much further into the future. They also work to publish reports on research such as electric cars to provide information and evidence to a wide variety of countries and organizations showing not only the environmental impact but also the economic gain of using such products (The Climate Group).

In the past 10 years of existence, the Climate Group has been a successful part of climate change governance. Since it works as more of a mediator, connecting people with resources, ideas and information, it has flexibility that many other organizations do not. However, it does rely on the finical support of individual donor, NGOs and companies in order to keep doing the work it is doing. The fact that the Climate Change Group has been successfully receiving funding for the past 10 years does show that there are people who understand the importance of transnational organizations and how they can help make the world act faster.

Learn more about the Climate Group by watching this video: