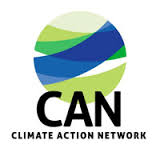 The Climate Action Network (CAN) contains over 900 non-governmental organizations (NGO) from more than 100 countries (CAN, 2014A). The CAN’s mission is “to promote government and individual action to limit human-induced climate change to ecologically sustainable levels…through information exchange and the coordinated development of NGO strategy” (CAN, 2014A). The CAN does an effective job of coordinating NGOs to submit comments to the UNFCCC on a broad range of topics. They are able to successfully orchestrate climate oriented NGOs to advocate for immediate and meaningful climate action as well as the advancement of human rights. By creating a network of organizations around the world, the CAN has been able to affect the negotiation by directly providing inputs on the negotiations through paper submissions, rallying NGOs around common talking points, and by convincing negotiators of their position.

Since its start in 1989, CAN has been part of the climate negotiation process and conversations (Duwe, 2001). Since then, CAN has continuously grown and become one of two lead parties within the ENGOs (Environmental NGOs) (Dryzek and Stevenson, 2014). They have submitted a large range of papers during and after each COP. CAN has several themes in their position statements, which advocate for greater climate action and for upholding human rights (CAN, 2012). Some of their themes include:

These themes are strong positions for climate action and represent the way in which CAN is attempting to project their views and give input on the negotiations.

The CAN has played a crucial role in bringing together voices to push negotiators towards climate action. CAN works extensively with other network NGOs to develop joint positions on relevant issues to present a strong front to the negotiations (CAN, 2013A). The CAN was critical in aligning multiple voices to speak on behalf of ENGOs to push the Kyoto Protocol forward (Dryzek and Stevenson, 2014). The NGOs within CAN helped shape the Kyoto Protocol by persuading the EU to hold their emissions reductions as well persuading the US to be flexible with target-setting (Bulkeley and Newell, 2010). The CAN has been effective within the negotiations because they have been able to unify their network of NGOs under their statements and positions, giving power and voice to the submissions and ideas.

Additionally, the CAN works to promote greater understand of the negotiations for individuals as well as delegates. The Eco-Newsletter, produced by CAN, provides a daily report about what is happen within the negotiations (CAN, 2014C). This allows outsiders to understand what is going on and gain an ENGO perspective into the negotiations. Many delegates will also read Eco-newsletters because they provide a summary of the on going negotiations (Duwe, 2001). Side events, of which CAN is only a small part, further help attendees and developing nations better understand all of the complexities of climate change and the negotiations (Hjerpe and Linnér, 2010). Being part of negotiation education is a crucial role filled by CAN and allows them to be a more effective transnational network by incorporating more people, organizations and ideas.

CAN has not only been successful as a larger organization, but many of the 900 daughter NGOs have helped them succeed in their mission. Yet, that many constituents can lead to a weaker message from the organization due to differing opinions. While that many stakeholders signify power and voice in numbers, they can also present an obstacle to efficient and bold decisions. Additionally, CAN-International is not well funded nor have they historically planned well as an organization, only releasing their first multi-year plan in 2013 (CAN, 2013). By engaging policy makers in the negotiation process, CAN has been able to impact negotiations in advocating for stronger climate action and can continue to improve these efforts with better funding, planning and consensus building.

Climate Action Network International. “About CAN” http://www.climatenetwork.org. 2014A.

Climate Action Network International. Adaptation and Loss & Damage Under the ADP. June 2, 2014B.

Duwe, Matthias. “The climate action network: A glance behind the curtains of a transnational NGO network.” Review of European Community & International Environmental Law 10.2 (2001): 177-189.