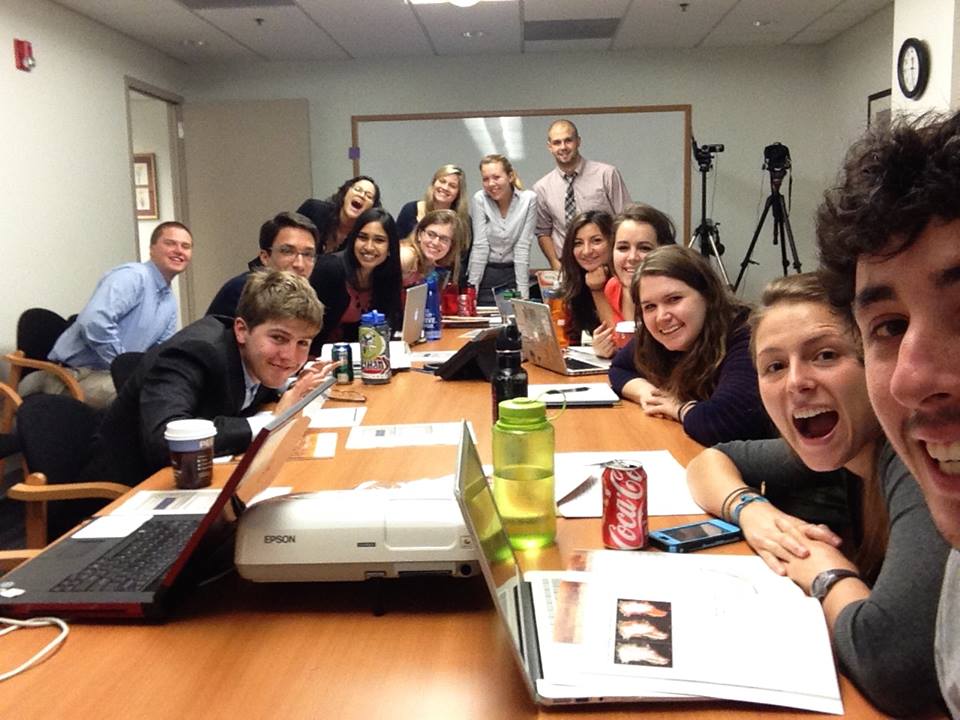 Last week the members of Dickinson’s Climate Change Mosaic was lucky enough to engage in valuable discussions with a wide range of climate change related actors, including: Tom Lovejoy, Bill Breed, John Holdren, Jacob Scherr, Mike MacCraken, Mike MacCracken, Dallas Butraw and many other highly regarded individuals. Although these private, public and governmental actors had careers focused in differentiated climate-related fields, their talks involved a common expected theme.  This theme was the how to approach future issues surrounding with climate change and it’s governance. In which, Lovejoy’s solution was to restore vegetation, allowing for carbon sequestration through natural processes. Lovejoy explained that if restoration is implemented at a large scale, global temperatures could decrease by 0.6 degrees.  One of his recommended mechanism was for everyone to plant a tree, allowing for carbon sequestration.  Whereas Daniel Reifsnyder’s solutions consisted of closing the divide between developed and developing countries in the Paris’s agreement by requiring global participation with the right commitments.  Jacob Sherr highlighted the importance of addressing the climate change crisis with “new architecture”. The “new architecture” consisted of having a mixed-track approach towards climate change governance due the need to engage multiple players around the globe.   MacCraken focused on the benefits from completely cutting out long-term greenhouse gases, such as methane and black carbon.  These gases stay in the atmosphere longer than CO2 and IPCC currently does not deal with the effects from black carbon. Keya Chatterjee encouraged the switch to solar energy for it was cheaper than diesel (in some areas of the world).  She also discussed the need to engage the public through music and other sources of media to create global involvement. Overall, each speaker had influential ideas and thoughts on the varying issues surrounding climate change. It was evident that in order to approach climate change, actors from various fields need to come together to tackle the differentiating issues.

One Reply to “DC Trip – A Wide Array of Climate Change”