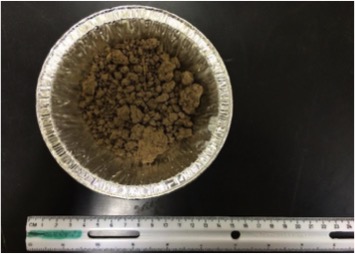 As an Earth Sciences major in the 2014 Global Climate Change Mosaic, the elective course that I choose to enroll in was ERSC 331: The Chemistry of Earth Systems. This course is a major requirement and I also thought that it would be useful in addition to the ERSC 204: Global Climate Change mosaic course. Fundamentally this course has expanded my understanding of chemical principles and mechanisms behind major earth systems. The marriage between ERSC 204 and ERSC 331 further enabled me to comprehend the earth systems as a whole in understanding ocean acidification, thermal expansion, extreme weather-related events, anthropogenic environmental effects, natural hazards, etc.

Our final research project for this course revolved around the central theme of trace elements (particularly metals) in the environment as pollutants. Within our lecture course we were taught the differences between anthropogenic and geogenic sources of elements, so that once we began our field work in the Carlisle area we were able to make educated guesses on where to collect our soil samples. Scientific studies suggest that certain trace elements are more likely to be derived from anthropogenic sources while others are more likely to be geogenic, related to and sourced from the bedrock.

Our class was split into five research groups in order to help determine the sources and effects of pollutant trace elements since Carlisle has a large diversity of land-use. Once the research groups collected, analyzed, and presented their results, as a class, we attempted to infer the potential toxicity to the Carlisle population and environment.

The objective of my group research project was to discern the effect of transportation on soil chemistry, if any. Carlisle is a historical hotspot for truck traffic since its geographic location can reach over 100 million people within a 10-hour driving radius. Therefore, I-81 and the PA Turnpike are major areas for noxious emissions from the burning of oil and gas. Our sample technique consisted of collecting 10 soil samples on a vertical transect from I-81. We collected a sample every 10 meters from the road and proceeded to collect a top soil and deep soil sample in order to test for possible trace element accumulation overtime.

Our hypothesis is as follows: If truck traffic affects soil quality, then we should find high concentrations of trace elements closer to the highway near the soil surface. Trace element concentrations should exponentially decrease as we move away from the road and with depth. After XRD, XRF, and Total Carbon (TOC) analytical tests on our soil samples we concluded that Co, Cu, Zn, and Pb exponentially decreased as we moved away from the road. Zn and Pb also revealed a trend of exponential decrease with depth as well. Oddly enough we found that Na was extremely high above our Hagerstown background soil sample that we used as a standard to test against our soil samples. We soon realized that road salt was another anthropogenic source for this element.

Overall I found this material extremely helpful as an elective course for the mosaic. Further developing my understanding of the geochemical and geophysical reactions that drive the earth systems has helped me immensely.