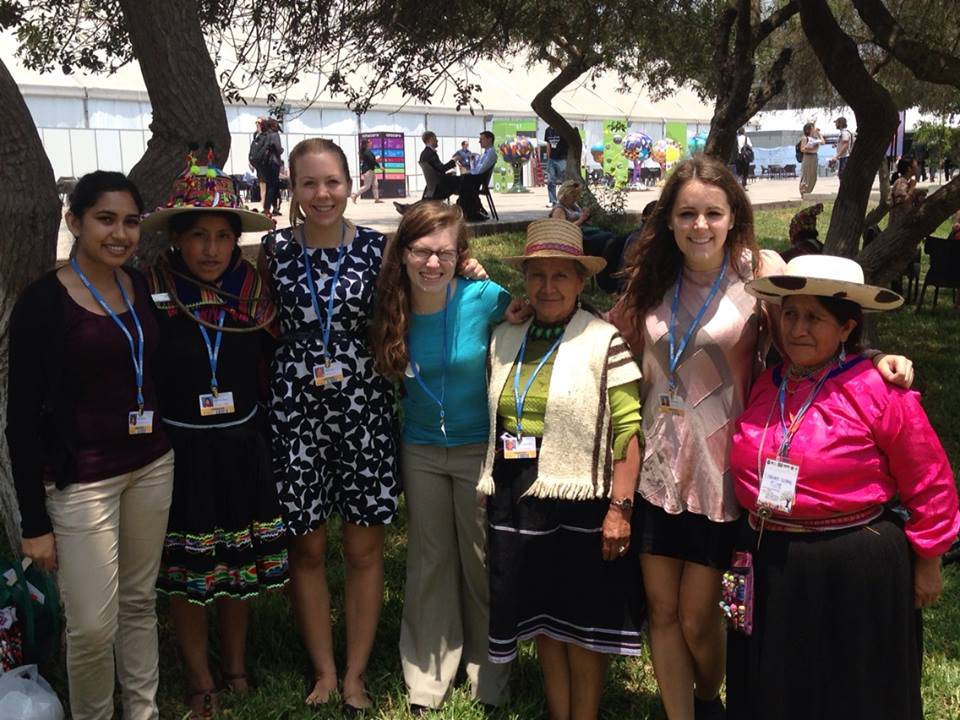 Although the COP20 was a couple months ago, one moment of clear inequity will be an indelible memory in my mind. In our climate change governance course, we learned that indigenous peoples had an observer’s status at the United Nations Climate Change Conferences. However, there’s always a difference between reading about something and actually seeing the thing you read about. Six of my classmates and I were fortunate enough to attend the COP20 as observers for the first week. I didn’t realize just how fortunate we were until I was interviewing an Amazonian indigenous chief. He discussed how difficult it was for him to gain access to the COP and how he was the only one representing his entire community. I looked down at my tag and then looked at his, I felt extremely guilty and wanted to tear the blue lanyard from my neck and hand it over to him. This chief, who’s highly respected amongst his peers and was fighting for his rights, had the same role as me. An observer.

He was at the COP to create awareness and  protect his lands from being further threatened by REDD+, land claims and deforestation. While, I was at the conference for an undergraduate research project to gather information about his situation. This situation felt so unfair. In negotiations, delegates and members of the World Bank would discuss the future of the Amazon territory, while Amazonian indigenous peoples could only observe the discussion about the lands they inhabit. In addition, when the room was full or the negotiators did not want to answer any questions, all the observers were asked to leave the room, meaning they couldn’t even observe negotiations. Indigenous peoples are highly vulnerable to the effects of climate change since they often depend on the environment for their livelihood. Hence, I believe that indigenous peoples should have full participation in negotiations to express their concerns and situation.

Although, this video below is a little off topic, I thought it’s message was really interesting!