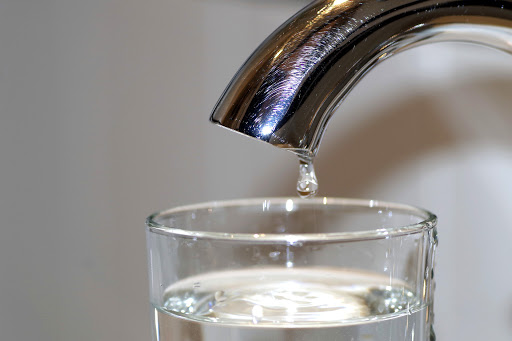 “Mayim” is the Hebrew word for water.

After tracking my water usage in https://www.watercalculator.org/, I was somewhat surprised to find out I use less water than the average American. While I care deeply about Climate Change, I must admit in my personal life I do not really employ a lot of “green” habits, and often fail to make sustainable choices such as eschewing meat. For instance, one area where I correctly predicted I am above average in my water usage was showers where I scored 38 vs the US average of 11. I like to take long hot showers at night to relax before bed. My usage of water is 1,141 gallons per day. This was a shockingly high number; however, it is 661 gallons below the US average of 1,802.

There are three main sources for this.

First is my eating habits. I do try to limit eating meat to once a day (although the cafeteria options provided by Dickinson cause me to eat more than I would prefer), which results in 300 gallons less per day than the US average.

Next is my shopping habits. I do minimal shopping. Most of the food I eat is bought by others (the school or my parents) outside of snacks and some back up meals. Most of the things I buy are digital (i.e., movies, videogames, etc.). This puts me 292 gallons lower than the average.

Finally, I do not have a car and drive very infrequently. I drive at most twice a week, using my friend’s or family’s car and rarely more than 10 miles.

However, I should not give myself too much credit. Much of this is since I am still very much a dependent. Once I graduate from college and begin to be self-supporting, I expect this all to change. I will have to buy and prepare all my food as well as other goods. I will also own a car and expect to drive to work (although I hope to take public transport as much as possible).

Other things tipping the scales in my favor are that I do not take baths, do not care for a lawn or garden, do not have a pool, and do not have a pet. I do not expect these to change. One concern I have that I am not sure of its impact is my use of a desktop computer. I use a personally built PC with a 600watt power supply for pretty much everything from schoolwork to gaming and because of this, (especially during the pandemic) I am using it for roughly 10+ hours a day. I am sure the water cost of this is atrocious.

I also compared my water footprint to Israel using http://waterfootprint.org/en/resources/interactive-tools/personal-water-footprint-calculator/. I found that my annual water footprint was roughly 3,086.2 cubic meters (815,287.8 gallons) considering a $50,000 yearly income (which I figured as my college tuition costs plus the roughly 1,500 per month that I spent on food, rent, and everything else when I lived in a shared house last semester).

I then compared this to the water consumption of someone earning $50,000 in Israel and got 5,479.4 cubic meters (1,447,504.3 gallons) of annual water usage. This is obviously much higher at 2,393 more. I think it should be noted though that my class-equivalent in Israel (relative to their society) probably earns less money, and thus consumes less water, so this may be somewhat of an unfair comparison. Nonetheless, it is unmistakable that Israelis’ water usage is certainly much higher.

I suspect the main culprit behind the larger water footprint for Israeli food is since much of it is imported. Despite a state-nurtured agricultural sector, and food-processing industry, Israel is extremely dependent on food imports to supply its consumers as a result of limited arable land (US Dept of Commerce 2019). Israel imports over 90% of its wheat consumption (Schuster 2019) Importing food not only increases the monetary cost of food, it also increases its “virtual water” cost due to the multitude of water-inputs embedded in transportation.

This higher water usage is certainly not because Israelis can be more liberal with their water usage than Americans. On the contrary, it is quite the opposite. Like most/all MENA countries, water is a precious resource in Israel due to its arid climate. Tracking the water levels of Lake Kinneret (Sea of Galilee), historically one of the major natural sources of Israeli fresh water, continues to be a national obsession (Amit and Shadeh 2016), even as Israel has turned to desalinating Mediterranean sea water as the primary source of its water consumption (Lidman 2019).

While security and political concerns are the most prominent motivations behind Israel’s continued illegal occupation of the West Bank and Golan Heights, strategic control over disputed water sources such as the Western Mountain aquifer are also guiding interests (Amit and Shadeh 2016). For Gazans, the contaminated coastal aquifer, coupled with restrictive Israeli control on electricity and water outflows continues to perpetuate a continually worsening humanitarian crisis (Ibid). In this way, the Israeli-Palestinian conflict can be construed as a water conflict. This is politically unsustainable.

As climate changes continues to drive rainfall decreases and droughts in the region (Schuster 2019), Israel will have to turn more and more to desalination to make up losses (Amit and Shadeh 2016). Because desalination is expensive and energy hungry, this is unsustainable, both economically and environmentally.