October 19, 1987, otherwise known as Black Monday, was a frightening day for many. Brian Cohane had been working on Wall Street for 3 years at that point. He was a junior mortgage-backed-securities trader at Paine Webber Inc and recalls the technology that helped contribute to the crash. Cohane describes the beginning of a system where there was “less and less human thinking on things and we let computers do the thinking for us in terms of whether to buy or sell securities.” [1] Technology was not very prevalent on Wall Street when Cohane started working there. Throughout the 80s, the use of technology increased and helped contribute to Black Monday. In that one day alone, the Dow Jones Index dropped 508.32 points or 22.6%, losing over $500 billion of its value. [2] Markets around the world were affected and many feared that this would lead to another Great Depression. In American Dreams, H.W. Brands attributes the main reason for the crash to the high interest rates due to the trade and federal budget deficits. [3] However, a large part of the reason that Black Monday occurred was also the emergence of new technologies in the 1980s.

When Brian Cohane started on Wall Street, he did not have access to a lot of technology.

“Our technology was the phone, calculator, files… we would call some of the credit rating              agencies and get credit reports. Their credit reports of clients that we dealt with [were used] to back  up our own credit analysis, but that was it. We used computers to track numbers. If we assigned a    credit limit to a client, we would put that into a computer and the computer could track whether a    client’s exposure was within the limits we established. We didn’t really have spreadsheet analysis at  the time or the ability to go into databases and look up companies.” [4]

However, in the 80s the access to technology started to increase. With innovations such as the Bloomberg Terminal and the rise of the use of personal computers, technology became more integrated in the Wall Street process then ever before. While there were plenty of positives, such as more equal access to information and more efficiency, there were also computers taking over jobs that used to be done by humans. Technology could perform these jobs faster and more efficiently. [5] As technology became more ingrained in the industry, people became more comfortable using it. Thus, the rise of program trading was not too much of a surprise.

The commercial from 1986 shows how computers were becoming more advanced, but it also shows the limitations of the technology. The IBM PCjr could only run programs built for it, suffered from memory restraints and took up a lot of space. Courtesy of Youtube.

The New York Stock Exchange defines program trading as a trade containing fifteen or more stocks with a total value over $1 million. It started in the 1970s with people physically having to go to certain locations to make the trades. Program trading became more popular because it was less risky to trade a diversified portfolio rather than individual stocks, it was cheaper and the volume of trades was increasing. [6] In the 80s, more and more of the process began to be done on computers. Cohane describes it as “quantitate-based technical trading” and “very much computerized.” [7] The headline of the New York Times from the day after Black Monday shows how people were concerned that they were entering another Great Depression. Courtesy of Proquest.

One of the strategies associated with program trading is portfolio insurance. This is an investment strategy, where computer models suggest acquiring more stocks during rising markets. When the market is falling, the models suggest the opposite. The idea was that the strategy would mitigate some of the risks involved in buying and selling stocks. Investors tended to deal more with the future market since it was cheaper and it would protect them against losses in their current stocks. The strategy helped contribute to the increase in selling in 1987, because “as computers dictated that more and more futures be sold, the buyers of those futures not only insisted on sharply lower prices but also hedged their positions by selling the underlying stocks. That drove prices down further, and produced more sell orders from the computers.” [8] All these actions in the future markets were not being immediately updated and recognized, since it was very time consuming and could incur transaction costs.

Program trading was completed through the Super Designated Order Turnaround (SuperDOT) system. The SuperDOT replaced the DOT in 1984 and was able to route orders to specialists on the trading floor and bypass floor brokers.  On October 19, 1987, the amount of sell orders was up dramatically due to the cycle brought on by portfolio insurance and the SuperDot began to fall behind. Trading in some stocks had to be suspended, because the quantity of sell orders was so overwhelming. [9] Investors were essentially blind. They were not able to obtain accurate and updated information about the conditions of the current market. Thus, many investors began to panic and just tried to get rid of their stocks and get out all together, exacerbating the issues. Time featured Alan Greenspan on June 15, 1987, shortly after he was nominated by Ronald Reagan to be the chairman of the Federal Reserve. Courtesy of Time Magazine.

The Federal Reserve, headed by Greenspan, reacted by easing short-term credit and also helping the public confidence. Two days after the initial crash, Greenspan said the Federal Reserve “affirmed today its readiness to serve as a source of liquidity to support the economic and financial system.” Privately, the group also reached out to banks to encourage them to continue to lend per usual. The response helped prevent the economy from entering a depression or even a recession. Two years later, the longest bull market in the history of the United States was achieved. [10]

Circuit breakers were also introduced in markets due to Black Monday. Now, if a market declines by a certain percentage over some period of time, the circuit breakers will go into effect and halt trading. [11] As the events on October 19, 1987 showed, the problem was made worse because people were confused and immediately reacted by selling whatever they could. If the circuit breakers had been in effect, they might have stopped some of this. They are still in effect today, though there is some controversy over them. “People are afraid that if they don’t get out of their trades before the circuit breaker hits, they’ll get stuck with their position,” says Cohane, “so they may actually create more volatility.” [12]

With the advancements in computers and new technologies, program trading and portfolio insurance arose. At first there were no restrictions and they got out of control. Investors did not know how much selling was actually going on because of lagging systems and the disconnect between the current and future markets. Part of the problem was that the new technology was not yet advanced enough. Moore’s Law states that the number of transistors doubles approximately every eighteen months, which essentially means computing speed doubles over the same interval. [13] If the computers had been faster in 1987, investors would have had access to more relevant information and some of the effects of the crisis might have been mitigated.

There are multiple reasons for the crash and people still argue over which ones are the most important. However, the role of technology is valuable in understanding the crash as a whole. It can also be beneficial as we look towards a future where technology’s role is growing exponentially. Without the proper safeguards in place, there can be negative implications such as Black Monday. The relatively quick recovery that the Federal Reserve helped orchestrate might not be possible in the future. Thus, it is essential to look at an event like Black Monday and study what went wrong as well as examine technology’s role in order to ensure that there is no repeat.

[10] Carlson, “A Brief History of the 1987 Stock Market Crash with a Discussion of the Federal Reserve Response.” 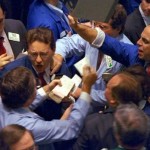 Courtesy of The Globe and Mail 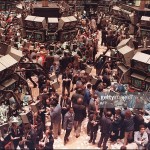 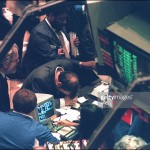 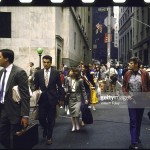 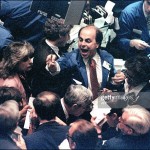