According to the College Archivist, this may well be the very first preserved photograph of Dickinson College –at least the earliest one that can be accurately dated. There are several early photographs of West College (above) and East College that have been loosely attributed to the 1860s, but this striking image of Dickinson students standing in front of Old West most definitely comes to us straight out of the secession crisis from early 1861.  We can identify the date of this image with some precision as being either in February or March of that year, because of a few tell-tale clues.  First, the circular window near the crest of the front roof contains damage from a snowball fight that had occurred in December 1860. It was then College Librarian and noted historian Charles Coleman Sellers who first observed this detail when he wrote a note thanking the family of William Henry Zimmerman (Class of 1861) after they had donated the photograph to the college in the 1950s.  At the time, Sellers concluded this detail “probably” suggested a composition sometime in spring 1861, “since broken panes in the attic window indicate that the snowball damage of the previous season has not yet been repaired.”

Yet Sellers was surely being too cautious.  The state of foliage on the trees (mostly bare, but with some early buds), coupled with the various types of colder weather dress by the students, makes February or March 1861 the obvious timing for the photograph. In other words, this should be considered an iconic image capturing a group of nearly two dozen young men, about half northern and half southern in their origins, right in the middle of the nation’s secession crisis and just before the outbreak of the Civil War in April 1861. 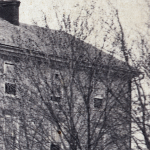 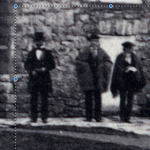 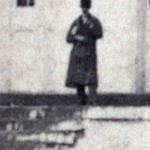 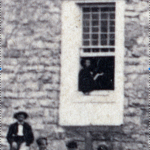 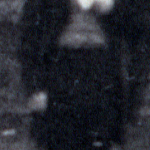 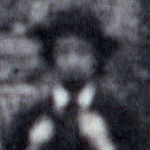 If only we knew more about some of the individuals depicted here. Relying on high resolution digital files, we can do a great deal with magnification, but the sad truth is that we cannot really get enough detail from this image to figure out exactly who was who in the photograph.  We suspect most, if not all of them, were member’s of Zimmerman’s class.  Yet part of the problem is that there are only a handful of images from the members of the Class of 1861 currently available to us, and most of those, like the image of Zimmerman, show the former Dickinson students in their later years. 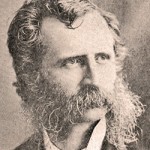 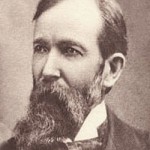 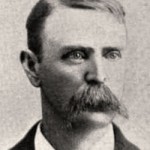 But there is one intriguing possibility.  One of the youngest images we have is of South Carolina native, Thomas Jefferson McCants, who graduated with the Class of 1861, and who has also been described in both contemporary letters and even historical fiction.  McCants was one of the few southerners who tried to remain on campus in April 1861 as the war broke out.  We know this because fellow Southerner William P. Willey (Class of 1862) described the chaotic scene in two remarkable letters he sent home to his father, a Virginia politician who opposed secession.  There was also a later novel written about this period in Carlisle by the daughter of Herman Johnson, the college president.  Mary Johnson Dillon’s In Old Bellaire (1906) contains a memorable character named Rex McAllister, a dashing student from South Carolina, who was reportedly based upon McCants.  The novel describes McAllister (McCants) as being “slender,” favoring a “long coat, of finest broadcloth,” with “Bryonic collar,” and a “broad palmetto hat.”   In her fictionalized account, Dillon also offers vivid depictions of McAllister’s “coal-black curls” and “smoothly shaven face.”  All of this leads us to speculate that McCants may have been this figure in the 1861 photograph of Old West: Or is it possible that McCants was also part of this photograph (below) taken from that era in front of East College with Mary Johnson (Dillon), seated front and center, along with several other unidentified younger men and women?  Local reporter Joseph Cress recently featured a story about Dillon, her novel, and McCants’s role in a piece for the Carlisle Sentinel. We might never know for sure.  But we will certainly keep looking and will keep trying to find ways to bring the history of Dickinson College and the Civil War era to life in ways that can engage students today. Watch this video below to see how Dickinson students like members of the Class of 1861 reacted after the firing on Fort Sumter in April 1861: