To begin it is important to state what exactly I am going to be focusing on when it comes to the media in the UAE. I will be looking at the link between politics/government and media regulation, censorship and propaganda because of the specific circumstances that surround the UAE. Before getting into that, it is important to address a brief history of the media in the UAE.

Following the UAE gaining independence in 1971, the media landscape as a whole was in a difficult position. With a large amount of illiteracy rates at that point, the infrastructure of media in the UAE had to be completely revamped. In the 80’s the UAE formalized media laws that allowed UAE authorities to censor domestic and foreign content – as most authoritarian states do. Additionally defamation was decreed a criminal act due to public information potentially damaging the economy. Years later, a significant launch was made with the country’s first “media free zone” located in Dubai. 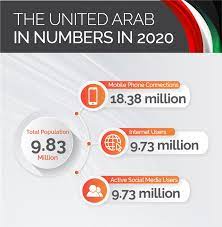 With the addition on the internet in 1995 in the UAE, quick adoption to this was seen and the country was quick to install the correct infrastructure nationwide. According to the World Economic Forum, the UAE is the 26th most networked nation in the world. With that being said however, authorities in the UAE have been extremely quick in asserting control over the internet usage in the country.

The UAE – although having a worldwide reputation as being an international media hub – is “highly repressive” seeing that in the constitution of the UAE which was amended in 2004 states that the freedom to hold opinions and to express them orally shall be guaranteed within the limits of the law. This doesn’t sound like freedom of speech at all and that is because it isn’t.

Media in the UAE is in a very unique situation. This is a large reason I chose to study the UAE for my blog posts seeing that the country has huge media outlets and is a worldwide media hub however the freedom of expression is not really supported in the country’s constitutional documents. 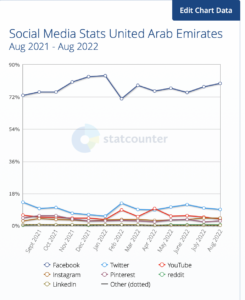 This leads me to some interesting research questions that I have thought about as I do more and more research on the media in the UAE.

To start I put forth a couple questions:

Media in the UAE

One response to “Post #2: Research Questions and Media in the UAE”