“Echo”, by Christina Rosetti, is a poem with passionate and evocative language that deals with the emotions of death and dreams. The speaker has obviously lost a loved one years back and chases an “echo” or memory of that person through their dreams. The “slow door that opening, letting in, lets out no more” seems like a somber metaphor for death as the speaker knows that the dreams are limited because the loved one will never come back to life. There is also a strong presence of alliteration , such as “speaking silence of a dream” and sunlight on a stream.” Along with this, Rosetti uses a ton of repetition throughout, with each stanza having their own repetitious pattern usually with he first word of the lines. The use of alliteration and repetition offers a very pleasing and sweet sounding flow, but at the same time is so explicit that it is very dark and somber. The speaker seems to be fond of their loved one and completely obsessed in my opinion. Although, the more deeply emotional thing for me is that I think the speaker is depressed and cannot survive day to day life without their ability to dream and pretend that their loved one is still alive in some way, which is a terrifying reliance. Expressions such as “pulse for pulse” and “breath for breath” embody the things that allow for life to happen, and I think offering to give that to their loved one portrays the serious dependance that the speaker has. I would assume the speaker has very distressing and bleak days, counting down the hours until it is nighttime so they can revive some sort of “echo.” Dreams, in this poem, signify the past life of the speaker and their loved one and there is an inverted dynamic here of dreams offering more life and color to our speaker than actual life does.

The passage I have selected is in the middle of p. 27 in Chapter 2. After marking up the text and asking some questions about what was being said, I noted the evidence in this passage. The first thing I see is that Dracula is obsessed with the binary between stranger and master and that he wishes to be a master and not a stranger. There is also a major contradiction in what he wants. By this, I mean he wants to be a Master and have that count recognition and respect at the same time, but he also doesn’t want to stand out in any way or make himself an outcast. Then, Dracula talks about how important language and accent is in relation to him feeling as a “stranger.” He asks for help to learn the English intonation in his new estate in London and be told every time he makes an error, “even of the smallest.”

Considering this evidence, the passage explains a deep insecurity and confusion within Dracula. He wants to be different and have unique respect, but he doesn’t wan’t to be an outcast. He wants to be a master, but his biggest fear is being a stranger (the two are not that much different.” He even says, “the common people know me, I am a monster,” only to say he feels like a stranger right after. This juxtaposition is present throughout the entire passage. He also sounds powerless and incapable in this passage as he is relying completely on his friend and he admits he cannot learn this by himself and that he is “no one as a stranger in a strange land.” Relating to what we talked about in class, Dracula feeling foreign and outcasted is due to England’s superior national mindset with social Darwinism and age of empire themes at play.

The passage I am choosing to analyze is a rather long one. Since there were no breaks in the paragraph, this passage starts on the bottom half of page 207 and takes up most of page 208, and is captivating throughout. This passage was so attractive to me because the narrator sets up everything by asking several general rhetorical questions, but then goes on an unexpected rant about the power of women and why calling them the weaker sex is “to utter a hideous mockery” (208). The language used to describe the complexity and ambiguity of women is very gothic and dramatic throughout. While the narrator is quoted saying “I hate women” at one point, there is also a deep adoration and sense of bewilderment declaring that women are the “more self-assertive sex”, they are the “Cleopatras and Joan of Arcs”, but most importantly, they are “never lazy” compared to many men (208). The connection between the text’s form and content is an important one because the author uses a more passionate and direct tone of voice to explain women’s capabilities to the reader, but also conflicted these praises at the same time. This passage is entirely contradictory because while the content is mostly commendations and praises of women and wives, the underlying theme and the ultimate message of this whole section is that women commonly cause destruction and devastation with this ability. The narrator uses George as a direct example, and how marrying his wife tarnished his relationship with his father, then the death of that wife left him utterly depressed, and lastly how he was never seen alive after going to a women’s house. All things related to women. I believe this whole incompatible passage isn’t about George, his disappearance, Clara Talboys, or even women in general, rather It is about Lady Audley and her complex personality. The anonymous author doesn’t help with this claim, but we have seen both Robert and George’s obsession with Lady Audley and how she harmonizes with this argument of having great power, beauty, intelligence, but also has the capability of such evil, dark and devious deeds such as murder. 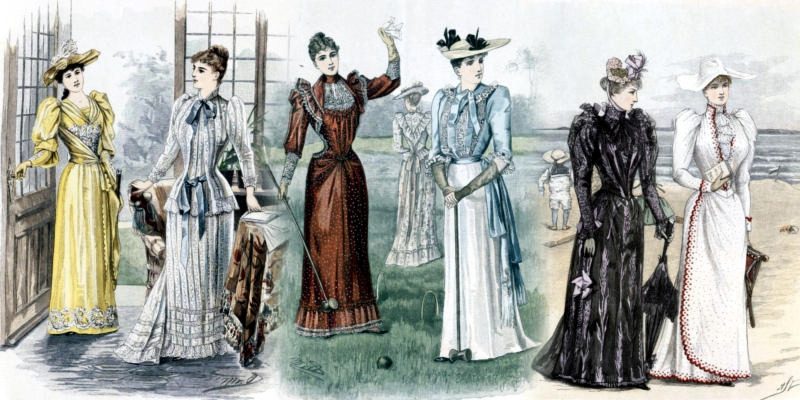 This passage from page 22 of the text includes George Talbot on the ship back to London, talking to a lady named Miss Morley. George is furious, passionate, and full of emotion because of Miss Morley talking about how she doubts whether her husband is still well. She also questions George’s laid back state of mind and confidence that nothing has gone wrong after three years. Although, it does not take long for George to change his mind completely and start to lose composure, sanity, and freak out to some degree. He screams and remarks at “what a fool” he is for paying attention to these thoughts, but also asks “why do you come and terrify me out of my senses” which shows that his mind is spoiled and he is no longer as hopeful about his wife being healthy and well (22).

This passage seems to be a turning point for George and for the novel, as dark ideas and thoughts have now entered the story and have become a reality. this passage also signifies a deeper layer of sadness and emotion when George starts to express his deep love for his wife. He said, “I am going straight home to the girl whose heart is as true as the light of heaven” (22). His references to heaven and a later reference to “tomorrow’s sunrise” in this passage touches also offers another connection to religion and nature. This language used by the author is expressed to display a strong sense of affection and confidence by George, but in reality, he is experiencing doubts and worries behind his words due to Miss Morley’s influence.