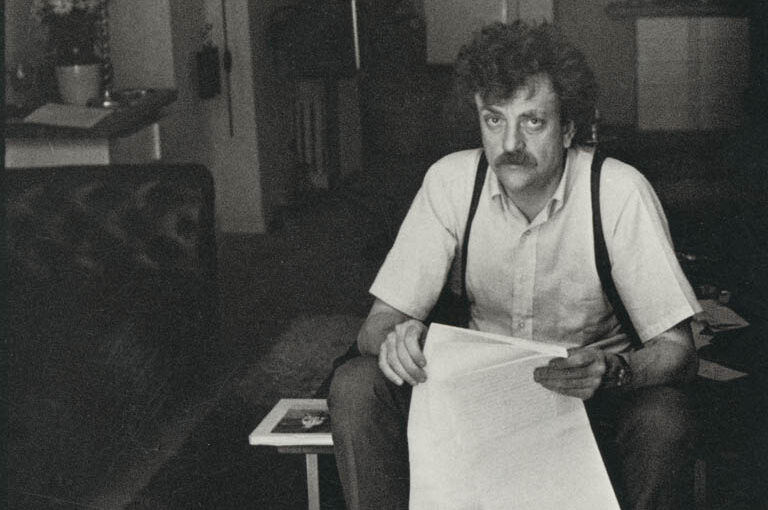 Kurt Vonnegut was an American writer whose career spanned over 50 years, in which time he penned and published 14 novels, five plays, five works on non-fiction, and three short story collections. Though most famous for his works of fiction including the 1969 novel, Slaughterhouse Five, the Indiana native is also known for his lectures, especially those pertaining to his concept of the ‘shapes of stories’ which are series of graphs on which the elements of stories can be plotted.
Through his unique use of satire, dark humor, and his keen ability in examining human nature, he established himself as one of the most prominent American writers of the 20th century, whose works are now taught in classrooms all over the country. More information on Vonnegut and his works can be found on the following sites: