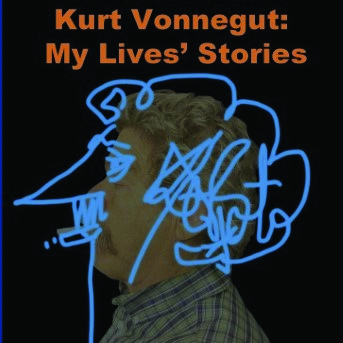 2022 marks the one hundredth anniversary of Kurt Vonnegut’s birth.  To celebrate the occasion, Dickinson Theatricals and fringe veteran actor Todd Wronski bring this theatrical portrait of the writer to Edinburgh.  Using Vonnegut’s legendary tounge-in-cheek analysis of how stories are constructed, Vonnegut’s many lives are surveyed, ranging from his mid-western upbringing in Indiana, through his World War Two experience surviving the fire-bombing of Dresden and his long career as a novelist, humorist and social commentator.  This production brings to life one of the twentieth centuries most distinctive and well-loved literary figures.

Dickinson Theatricals and Todd Wronski have produced many shows in Edinburgh over the years, most recently presenting Mark Twain Abroad in 2011.  Dickinson Theatricals also paired Wronski with British actor Tom Watson in the new play Dickens and Twain: A Special Relationship and also presented In My Case an Exception Should Be Made, a one-actor portrait of Armenian-American writer William Saroyan.

Working with the literary estate of Kurt Vonnegut, writer Todd Wronski has assembled this performance piece using exclusively the written and spoken words of Vonnegut.  Through the weaving of hundreds of thoughts, musings observations and jokes, Vonnegut emerges in all of his rich complexity, which the Chicago Tribune describes as the “usual contradictory mix of joy and sorrow, hope and despair, humore and gravity.”.

What the critics have said about Todd Wronski…