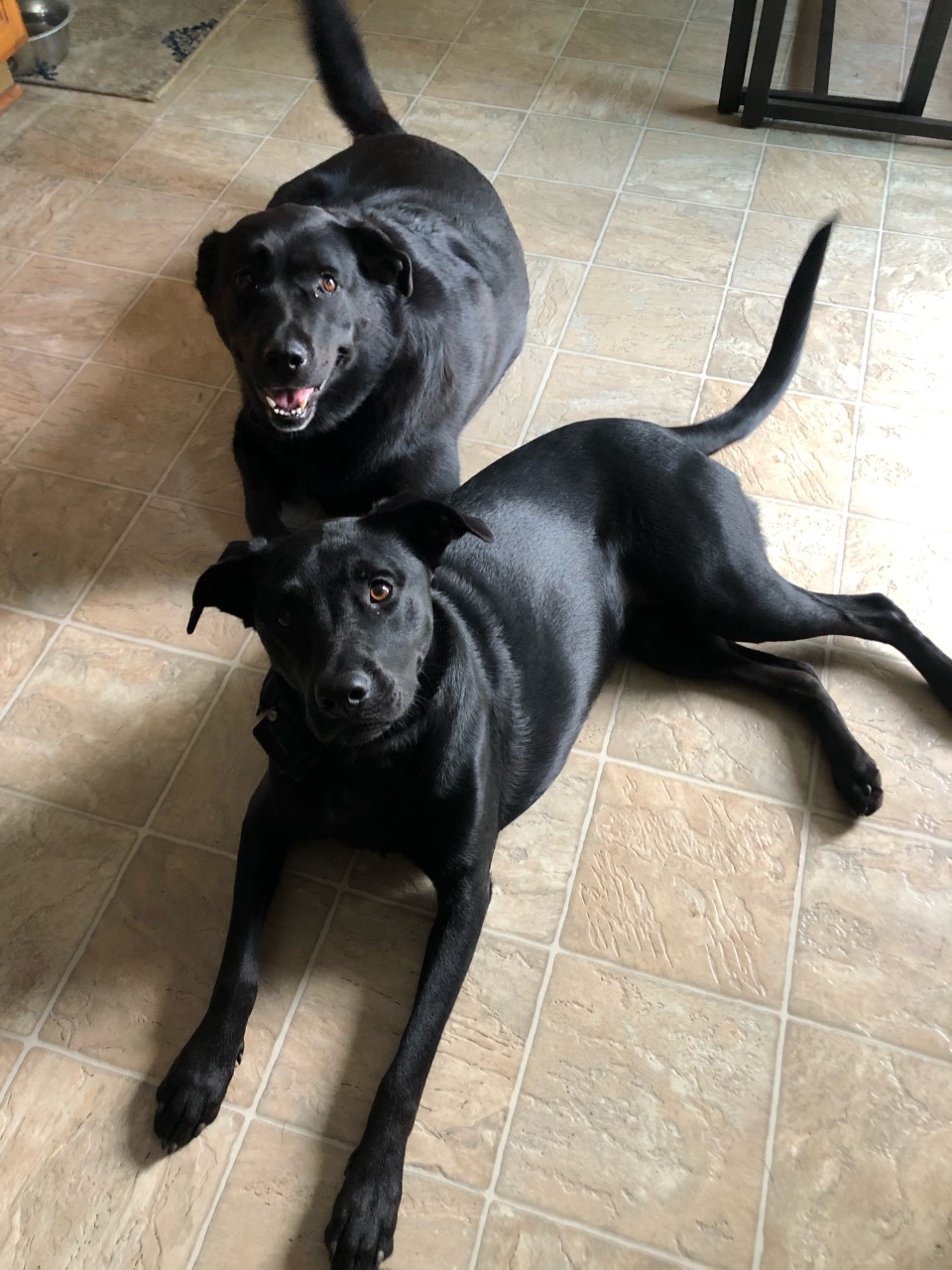 Bella (in front) and Sable (in back)

Lately, I have been interested in dog training, its history and how people from other families train their companion dogs. There has been some scientific evidence showing that the use of averse based methods of training (positive punishment and negative reinforcement), such as the use of choke and shock collars, compromises both the short and long term welfare of companion dogs (de Castro et.al.). Luckily recent dog training methods have gone in the direction of gentler, reward based positive reinforcement. A brief history of dog training begins with Konrad Most, who is considered the father of modern traditional dog training. He published a book in 1910 called Training Dogs Manual which was mainly used for military, police and service dogs. His methods were aggressive, using collar corrections and punishment. In the 1970’s Barbara Woodhouse introduced more humane techniques. Although she still advocated the dominance theory and the use of choke chains, she also showed people how to use positive reinforcement. Then came the Monks of New Skete who seemed to have a philosophy of compassion and communication but they also promoted shaking dogs by the scruff of their neck and hitting them under the chin. In the 1990’s Ian Dunbar realized that most dog owners didn’t want to use harsh punishment on the dogs they loved and he promoted the idea that the whole family could be involved in training a dog with positive, motivational rewards that anyone could easily learn how to use (Jovellar).

On a more personal level, last week I had the opportunity to interview Professor Shoenfelt, a professor at Dickinson college about how she trained her dogs. Professor Shoenfelt has two dogs named Sable (a 4 year old, labrador-husky mix) and Bella (a 1 ½ year old, greyhound-labrador mix). Sable is an emotional dog who loves to talk, is sweet and affectionate and sassy. She lives on her own schedule. She is so friendly that she has sprained her tale twice by wagging it too much! Bella is full of energy, she plays all day with everyone. They are both outside for most of the day. They love to have fun in the backyard. The Professor got them when they were puppies, and she has been the main influence on training these dogs, although there are also two kids and her partner in the house. I asked Professor Shoenfelt how she trained the dogs, specifically for walking on the lead. She said that she did not actually train Sable to walk on the lead, but since she has done it frequently Sabel is very well behaved, unlike Bella who is not used to being on a lead. Bella behaves much better off the lead. Professor Shoenfelt had a previous dog, a pure labrador, who had great manners. Sable learned a lot from this older pure labrador. So dogs too can be trainers. Younger dogs tend to follow the lead of the older dog. Bella was trained by Professor Shoenfelt’s partner and on the whole, is better behaved than Sable. Both dogs seem to listen to her partner the most. “They see him as the alpha”, he is the man of the house and has more of an authoritative voice. Professor Shoenfelt uses treats and words and positive reinforcement to train her dogs. Training Sable to come when she is called is still a constant struggle. Bella loves to go into the kitchen and jump up on the counter. She is very crafty, no food is out of reach for her. Now she is not allowed to walk through the kitchen. Both of the dogs love music and Sable will even sing along when the Professor plays the piano. Though maybe not the best trained dogs, by either reward or punishment, Sable and Bella are amazing dogs who always put a smile on their families’ faces.

October 29). Does training method matter?: Evidence for the negative impact