Skip to Content
Home RecipesSimple Bread – Why would you not make this nice bread(?), It’s nice.
Author: marksjam
Category: Science of recipes 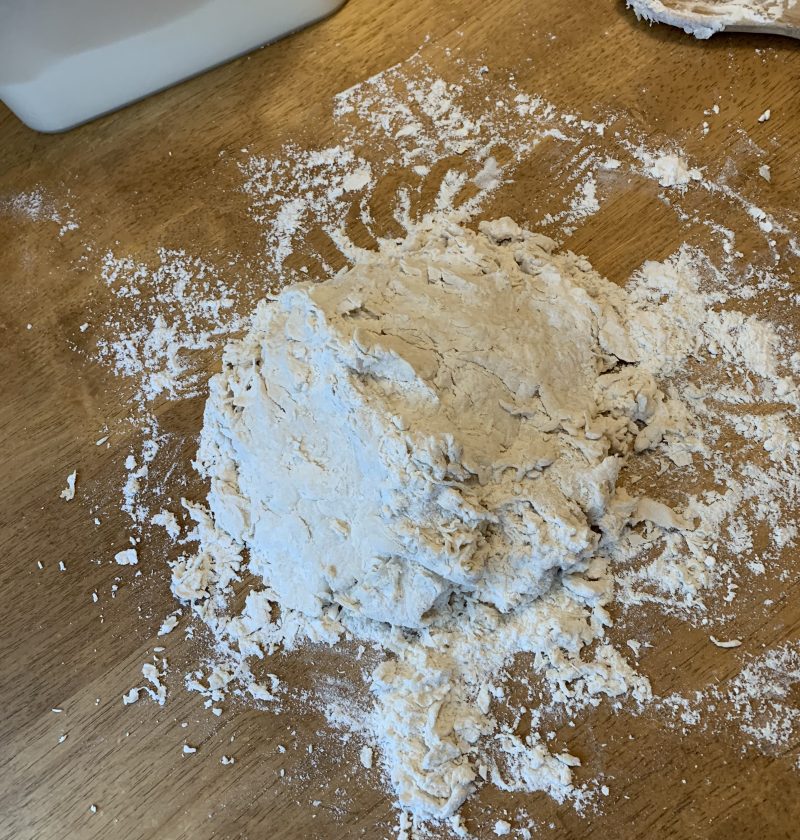 Okay. So, if you’ve gotten this far, you really want to make some bread. Well, good for you, I hope this will work for ya. Below is the recipe, here is the explanation.

First. Lets analyze Yeast, especially the Active Dry Yeast used here. Yeast, is a living organism as said by the Science of Baking with Yeast (2013). With that it also highlights how it can stay dormant until it is mixed with water and unrefrigerated. A cool feature I would say. Further more on yeast, while it mixes and dissolves into the water, it needs a fuel, so that is why the sugar is present. The sugar acts as  metabolite for the yeast to break down and start creating Carbon Dioxide, from  Potter, J. (2015) p.266. The water allows for the sugar and yeast to mix, as in powder form they would not react. So when they both dissolve they commingle and start the process. The last ingredient in this first step is the salt. Salt can be added for a bit of flavor, but it also helps in solidifying the gluten structure, which aids in holding the Carbon Dioxide and not breaking/leaking during the rising process as provided by the King Arthur Flour Company. Please look there for more interesting effects of salt.

The next part is rather self explanatory. To make bread, one needs flour. AP flour is as its name states, ALL PURPOSE (it can do it all), so it makes for a relatively average gluten structure, not too strong, not too weak. But flour is the gluten and the most present ingredient in the recipe by weight and volume. It serves further as a more slowly consumed starch by the yeast, which permeates the dough structure with carbon dioxide, leavening it, making it rise.

The kneading process makes sure that the yeast is sufficiently mixed throughout the dough. With that, the next step, letting the dough sit in an oiled bowl (the oil only serves to prevent sticking of the dough). This period of time serves as a fermentation period where the yeast metabolizes the starches and turns them into carbon dioxide and alcohol. After letting it sit for long enough to have a tasteful consistency, we punch it down to slow/halt this process and prepare it for heating Science of Baking with Yeast (2013). Please refer to the link for further explanation.

For the pan,  it may seem as though all pans are the same, but when compared to the other types, metal more quickly and evenly distributes the heat to the (Bottom of the) bread and allows for heat to flow around it nicely, Reid, S. (n.d.). With that, the other interesting part of the baking is the temperature change. At the start, the bread bakes for 10 minutes at 500 degrees Fahrenheit. Then the temperature is lowered to 400 for another ten minutes, when the bread is then removed from the oven. This is some variation of par-baking. That idea being that you bake for a set amount of time then remove the item to then put in later, or just lower the temperature (Potter, J. (2015) p.268). In this case it would lend itself to setting the crust in shape then baking the insides until perfection.

OOOO, another aspect I can’t help but remember for its importance would be the brushing with water as well as the pan full of water in the bottom of the oven. They both seem to lend themselves to different aspects of the baking process. As the pan was in the oven prior to the bread, it would create a nice steamy environment, which would prevent the bread from being dried out, especially when being cooked at such high temperatures. Being more moist essentially allows the bread to continue stretching from the yeast gases. The water directly on the bread would lend itself to dissolving some of the sugar on the surface and caramelizing, giving the nice brown/tan color(Christensen, E. (2019, May 3).).

If you’ve read this far then you’re either Prof. O’Neill or really into bread, a big “Hello” either way. Now is time to address the idea of a change in the recipe.

Now, we can suppose that if we had one thing to replace, it would be the leavening agent. “Why?” you may ask?, well just because it seems like the natural course of action given the state of the world at the moment. Yeast may be short, I remember a few weeks ago at the start of this global pandemia that no one or their mother could find yeast. But, with a couple different ingredients, yeast can fall into your periphery and not pop up in your memory until you roam a field full of yeast plants (the purpose of this paragraph is to make sure you, the reader, haven’t fallen asleep in your rocking chair with a cup of hot cocoa yet, there’s only a little bit more to read).

Now, the alteration I propose is that instead of yeast, one uses lemon juice and baking soda. Just referencing back to our lab session where we used the different mixes and made muffins, we know that when mixed with an acid, baking soda produced gases (Carbon dioxide), which therefore makes it act as the leavening agent. The recommended amount of baking soda and lemon juice is equal parts of each to make up the same volume as yeast would have in the recipe, we know that thanks to Huffstetler, E. (2020, March 23). Furthermore, there is no proofing time needed as when the ingredients are mixed together as stated in the recipe, there is already the reaction going on which creates the gases. While this may seem like a simple change, it has the possibility of changing the flavor, but when yeast is not available, this is a worthy substitute.

I hope you found the time you spent reading this to be a nice time in your life. God Bless.

All pictures are mine.

here are my sources :)

Huffstetler, E. (2020, March 23). How to Get Baked Goods to Rise Without Yeast. Retrieved from https://www.thespruceeats.com/yeast-substitute-for-baking-4140439

The Science of Baking with Yeast - Article. (2013, December 13). Retrieved from https://www.finecooking.com/article/the-science-of-baking-with-yeast-2