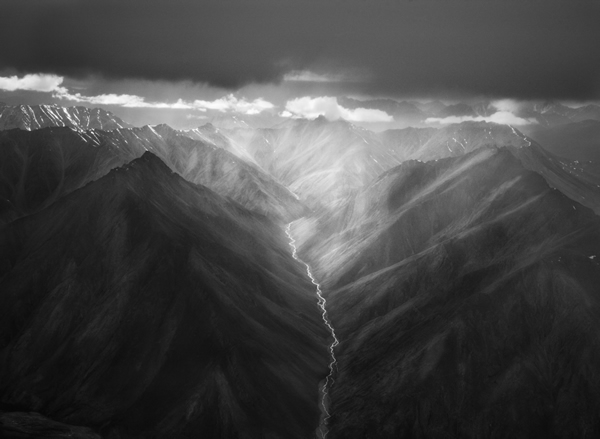 Earlier this week, famed nature photographer and documentarian James Balog was on Dickinson’s campus for a two-day residency as part of the Rose-Walters Prize he received at Commencement this past May.  His vivid pictures and time-lapse videos of glacial retreat are a stark representation of the scope and rate of global warming and climate change in our own lifetime.  While Balog approached his photography as an avenue for showing the beautiful destruction of the climate, Brazilian photographer Sebastião Salgado’s most recent work, Genesis, shows the inherent beauty of the world that is at peril of being disturbed or lost forever to the effects of climate change.  Deserts, ice, endangered species, beautiful designs naturally cut along a valley are a few of the subjects of Salgado’s photographs.  His work approaches the same vein as Balog’s, just from a different angle, and both angles have a story that is important for everyone to experience and internalize as we approach the climate question.  The Earth around us is a beautiful, one-of-a-kind environment that is imperative for us to cherish and protect from ourselves so that future generations may have the privilege and honor to cherish and protect it as well.  As we move forward in our work this semester at COP20 and in all future climate negotiations, it is crucial that this message not be lost upon us.