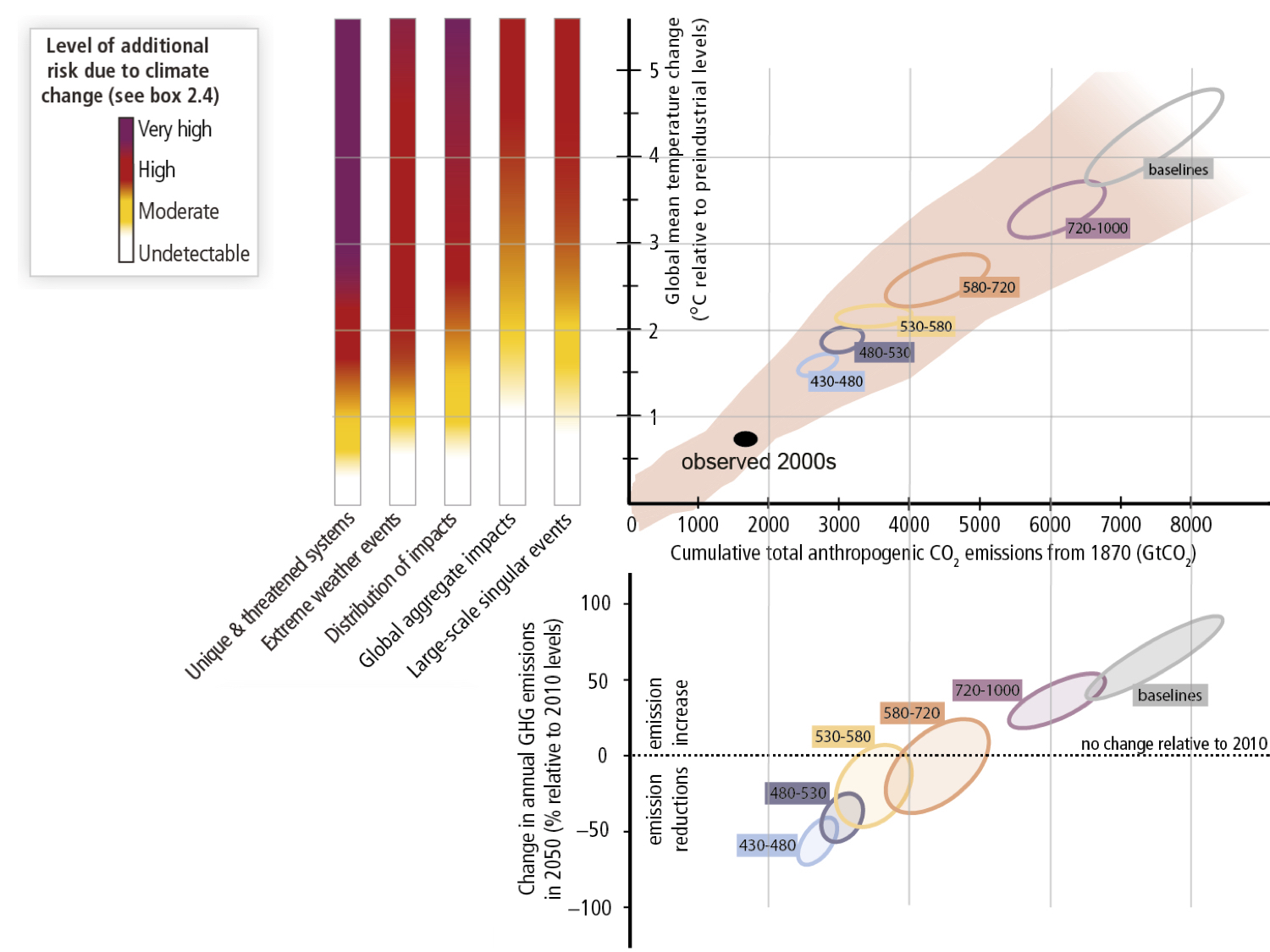 This past week the Structured Expert Dialogue (SED) had two meetings at COP20 (20th Conference of the Parties) in Lima in which IPCC and other experts presented information about the current scientific understanding of the impacts and consequences of 2°C warming with an eye towards strengthening the long term temperature target to 1.5˚C.

The biggest outcome from this meeting is that 2˚C is too much. With 0.8˚C warming already having occurred since pre-industrial times and 0.6˚C being baked into the current climate regime, there seems little hope that warming could stay under 1.5˚C. That is to say that we are already committed to approximately 1.4˚C warming and there seems to be little action to stop fossil fuels use immediately. In talking with various IPCC experts, they agreed that it is highly likely that we will blow past the 2˚C limit and warm the planet by several degrees by the end of the century. This means severe impacts.

The Reasons for Concern or the Burning Embers Diagram came out with the most recent IPCC synthesis report.This is the most important figure to the 2013-2015 Review because it shows impacts of warming levels as well as corresponding CO2 concentrations and needed emission reductions. This figure represents an enormous effort from IPCC authors and is one of the more important inputs from the IPCC to the COP. This figure now theoretically constrains global emissions seeing that the 2˚C goal was set in Copenhagen. Carbon dioxide emissions must be limited to between 2,500 and 5,000 GtCO2 since 1870. 1,800 GtCO2 has already been emitted leaving between 700 and 3,200 GtCO2 left to burn. This range will be dependent upon climate sensitivity and response. The lower scenario represents highly sensitive climate response, while the high emissions scenario represents a much less sensitive response. The SED will be concluding in February in Geneva in time for a report by June on the long-term temperature goal. The SED is important in the COP because the Review theoretically sets the level of ambition for the Paris Agreement. While a bottom-up agreement will come out of Paris in 2015, this review sets the groundwork to help ratchet up ambition in succeeding COPs under a pledge and review strategy. With the 1.5˚C target being virtually unreachable, the Review becomes political. Can the countries most impacted by climate change represented in the Alliance of Small Island Developing States (AOSIS) and the Africa Group get parties to agree to the 1.5˚C target? If so, this could have major ramifications for loss and damage as well as compensation. This is an important piece of the COP to watch and many people are not paying attention to it. Another Review is expected to coincide with the next assessment report of the IPCC.

One Reply to “How a Side Dialogue at the COP Could Increase Ambition: the Structured Expert Dialogue”