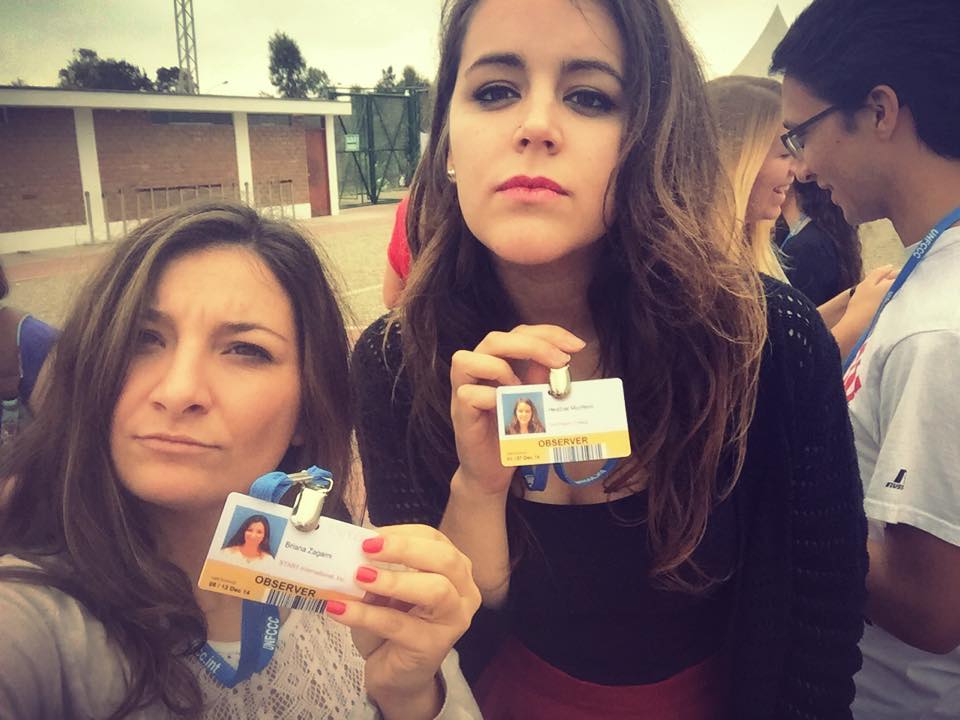 My week at the COP20 in Lima was a completely different experience than I had ever imagined. I am normally a relatively shy person when it comes to approaching strangers, but in order to succeed in getting interviews, I had to push myself out of my comfort zone. So the first question I faced was how on earth do I get these intelligent, busy and experienced people to talk to me?  From my time at the COP, I found several successful ways to score an interview. The first approach was stopping at any information booth that had to do with our topics. We began asking the booth operators what their organization was and from there we evaluated whether interviewing them could help us further our research. Most of our potential interviewees informed us that they “weren’t the person to interview” and handed us a business card of “someone that could help us with our research”. However later we learned the chances of the mysterious business card person e-mailing us back was a fifty, fifty chance. We were lucky with some of our booth-approach interviews for we were able to talk with the Head of Climate Alliance, a Peruvian indigenous chief, a scientist who worked on the REDD+ monitoring technology and other NGOS.

Another interview approach is something I call the after-side-event-creep.  The technique consists of attending specific side events and waiting until the speakers have finished talking. Then you approach them (often more awkwardly than I participated) and then say “Hi I really loved your talk! Is there anyway I could ask you a few questions for my undergraduate research”. This mechanism I found to be more successful, but it does allow for the occasional embarrassing interview strike out. With this approach, I learned several lessons to be a successful climate change groupie- One: you must be fast. The speaker often has a line of fellow climate change groupies that that tend to shoot you death glares if you take too much time in your interview. Also there is a press for time because the room is often booked for another event directly afterwards, so the speakers leave the room quickly before you have time to chat with them. Two: you must pick your interviewee wisely. Often you want to chat with all the panelists, but usually there is only time to interview one person. So it’s important to evaluate which panelist could provide you with the most vital information and which panelist most likely to agree to an interview. Three:  have your equipment ready. For the first couple interviews, our equipment was all over the place, creating obstacles for everyone around us. We learned to have tripod ready with the camera attached, so again the interview did not take too much time. This approach was the most groupie-like, but by the end of the week I felt like we had almost perfected the process.

Lastly is the luck-of-the-draw approach. A great deal of the strongest connections I made occurred randomly without the help of my detailed schedule. Due to circumstance and timing, I was able to chat with people who provided me with valuable input on my research. The first day at the COP sat next to a man on the bus who worked on REDD+ projects in Indonesia, which provided me with information on how Indonesia differs from the Amazon.  Another interview only occurred because I dropped a pamphlet and the man sitting next to me picked it up and then began discussing the event. He use was a key member of Leave It In the Group and I had a 30 minute long interview with him.  My classmate and I also met an undergraduate from Northeastern who we later met up with an discussed our concerns about REDD+ and Indigenous communities.

From taking undercover selfies with Christiana Figures to following a man who resembled the past President of Peru to memorizing the faces of delegates from photos on the Internet to trying to strike up conversations at the printer, the Week 1 team were successful climate change groupies.