The Dickinson College Department of Classical Studies will sponsor a full day Saturday Workshop of interest to teachers and students of the classical world and of archaeology.

Dr. David Gilman Romano, Karabots Professor of Greek Archaeology at the School of Anthropology, University of Arizona, and Director of the Corinth Computer Project and the Archaeological Mapping Lab 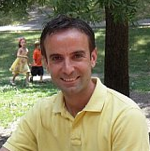 Dr. Nicholas Stapp, Director of Geospatial Research at the Archaeological Mapping Lab at the University of Arizona

There will be four hour-long sessions, with time for questions and discussion. Lunch will be provided. The workshop is free of charge, but to order materials and food we need to have an accurate count of attendees. To register please contact Terri Blumenthal at blumentt@dickinson.edu by November 10, 2013.

When the former Greek city of Corinth was settled as a Roman colony by Julius Caesar in 44 BC Roman land surveyors were called upon to lay out the urban as well as the rural aspects of the new colony. In the 70s AD when a second Roman colony was founded there, again the agrimensores were involved in new organization of the city and landscape. The agrimensores were Roman land surveyors responsible for the planning and measurement of cities and landscapes all over the Roman world. They were a professional group, usually a part of the Roman army, and we know a good deal about their work from a compilation of ancient texts known as the Corpus Agrimensorum Romanorum. The Corpus was originally compiled in the fourth or fifth century AD, but includes texts as early as the first century AD. These texts give us substantial information about the training of the agrimensores and their day-to-day activities as well as some of the practical issues that they faced in the field.

Since 1988 a research team from the Mediterranean Section of the University of Pennsylvania Museum of Archaeology and Anthropology at the University of Pennsylvania has been involved in making a computerized architectural and topographical survey of the Roman colony of Corinth. The leader of this team, Prof. David Gilman Romano (Karabots Professor of Greek Archaeology at the School of Anthropology, University of Arizona), will present a workshop on the results of the Corinth Computer Project, http://corinthcomputerproject.org/ as they relate to the ancient written evidence for Roman city planning. He will be joined by Dr. Nicholas Stapp who has worked with Dr. Romano on the Corinth Computer Project since 1995. He is an archaeologist and an expert in the use of new emerging technologies in higher education and research.

In the workshop participants will learn some of the Latin terms that refer to Roman surveying and city and land planning and, in addition, they will learn about high tech methods utilized in the research: electronic total station survey, digital cartography and remote sensing, utilizing air photos, balloon photos and satellite images, all in the study of an ancient city. The planning of the urban and rural aspects of two Roman Colonies at Corinth are outlined in detail, including some of the social, economic and political implications of these foundations.

Anyone with an interest in Roman culture and archaeology; digital cartography, GIS, and spatial analysis; ancient and modern surveying techniques; or city-planning and urban design will find this a rewarding workshop.

Funding for this workshop is provided by the Roberts Fund for Classical Studies at Dickinson College.