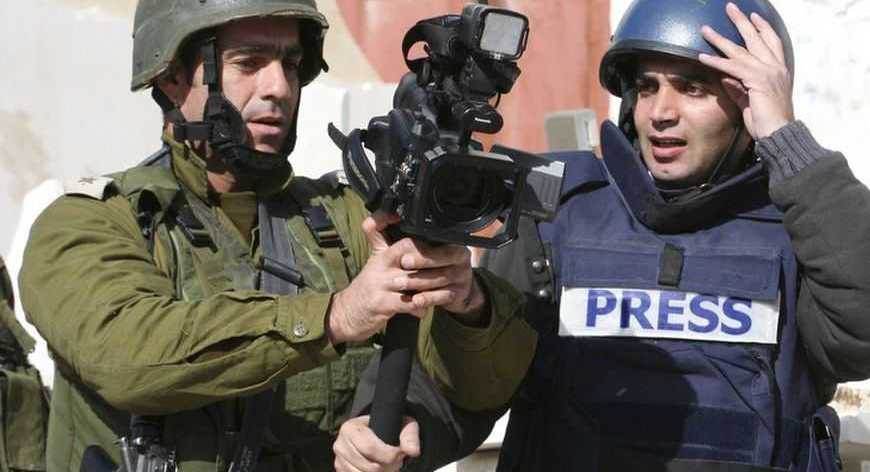 In Israel there are two major parties who engage in censorship: the military and individual politicians.

While there are a variety of means Israeli officials use to engage in censorial practices, the only form of explicit censorship legally allowed is that conducted by the Israeli Military Censor.

With regards to security or military related subjects, the IDF is allowed to designate topics or details that it deems, if published, would be threatening to “the security of the state” (Jerusalem Post). Any articles from journalists operating in Israel that references such topics would have to be submitted to the censor for review and would face full or partial redaction before publication. In 2017, the Military Censor fully or partially redacted 2,358 articles or 21% of what was submitted to it for review (Freedom House 2019).

The censor, however, already limited in scope, is also limited in effectiveness. Foreign journalists operating in Israel often have ways to get around the censor. In Judi Rudoren’s article on her experience with the Israeli Military Censor during her reporting on the 2014 war between Israel and Gaza, she explains that one of the primary methods The New York Times has used to report on prohibited stories is to use “writers outside Israel”  who are not subject to Israeli jurisdiction (New York Times). Additionally, Israelis are often able to find out about restricted topics via reporting by foreign press. For example, in 2007 Israel conducted a bombing mission on a secret Syrian nuclear facility. Reporting of this event was restricted by the Military Censor until March 2018, however foreign media had already reported on the event and through this, Israelis were made aware of it.  Israeli news media were themselves able to cover “foreign reports” of the strike (Ynet).

Other means of censorship conducted by authorities includes restricting entrance to occupied territories, not allowing passage through checkpoints between Israel and the occupied territories, and refusal to issue press cards which are required to access certain areas (Freedom House 2017). While foreign journalists occasionally encounter these problems, Palestinian journalists face much harsher treatment. Palestinian journalists were targeted by Israeli snipers during the 2018 Gaza fence protests (CPJ). Recently, Palestinian photographer Mustafa al-Kharouf, was accused of being a member of Hamas, imprisoned, and sentenced to deportation by Israeli authorities (IFEX). Palestinian journalists deemed to be a “security threat” are frequently barred entry into Israel and can often be detained sometimes indefinitely (RSF). Examples of detained journalists include Raed Sharif, a journalist for a Hebron radio station, who was held without trial for over a year, Walid Khalid, and editor of a Gazan newspaper has spent 16 years in Israeli jails, and several others (RSF). This is in line with Israel’s treatment of Palestinians in general rather than being reserved explicitly for journalists. Are more prominent example of Israeli censorship has come about only relatively recently. It has become increasingly common for politicians to attack journalists by suing them over charges such as defamation and libel (Freedom House 2017). However, the conduct of Prime Minister Benjamin Netanyahu has been especially problematic for freedom of the press.

In December 2018, Prime Minister Netanyahu sued journalist Ben Caspit over his article about investigations into corruption by Netanyahu. In the suit he was accused of ” insults, lies and baseless defamation” (Haaretz). This is not his first suit against a journalist. In 2017, Netanyahu sued Igal Sarna over a 2017 article about an argument between the Prime Minister and his wife, she was forced to pay damages. (Haaretz)

Netanyahu’s censorial practices do not end at suing journalists. From 2014 to 2017 Netanyahu maintained his role as Communications Minister. He was forced to step down amid concerns over abusing his position to manipulate media coverage (Freedom House 2019). One such example is Netanyahu’s attempts to gain favorable coverage from Israeli newspaper, Yeidoth Ahronot in exchange for the weakening of competitor Yisrael Hayom, a free daily also believed to have large influence from Netanyahu, via placing limits on advertising for free newspapers (Haaretz) (Freedom House 2017). This is the center of “Case 2000” one of three major criminal investigations being put against Netanyahu. In another similar investigation, “Case 4000,” Netayahu is accused of abusing his powers as Communications Minister to offer Israeli telecom giant Bezeq regulatory favors for favorable coverage from their controlled news site Walla (Jerusalem Post).

In a democracy such as Israel, while politicians are unable to completely censor critical media, by colluding for favorable coverage, they can limit criticism to less mainstream publications, and by suing critical journalists, they are able to go on the offensive against those who seek to attack their credibility.