The French Revolution was the first major upheaval of state run institutions that resulted in the under appreciated getting what they desired. As a result of the turnover from a Kingdom to a Republic, the first and second estate were brought to its knees by the populace, who in turn were able to demand a change in how they were governed. This transitionary period modified everything about French culture – everything had become more secular and new-age. The populace began to think for itself instead of being roped in with what the clergy and monarchs wanted them to believe. The tax system was thrown out the window as it unfairly put the burden on the poor and kept them under the foot of the rich in terms of finances. People began to realize that they deserved those “inalienable rights”, and if they fought for them, they would be able to live as freely as they desired. The fact that those people were beginning to think for themselves was the most important facet of the revolution – they began to realize that they didn’t need to be under they tyrannical system of government that they had suffered through so long. 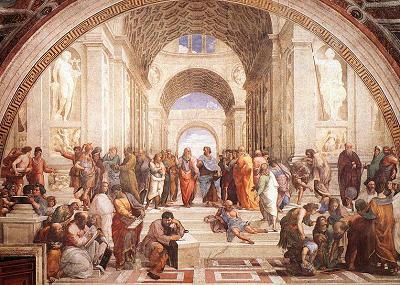 This Age of Enlightenment allowed many great ideas to flow through Europe. Since they were encouraged to think freely and “outside of the box”, great minds (Locke, Voltaire, Newton, etc.) were able to express their new age ideas in public forums, making the community a more conscious set of individuals. As they were now able to come up with their own ideas and spread them without the threat of persecution or death, many people invented tools that we use today (metric system, art, scientific method). Being able to think freely allowed these special people to spur on the most revolutionary time period since the Renaissance, and we thank them for it.

3 thoughts on “The Great French Transition”