My presentation on the changes and developments with the Health Center and the Wellness Center on campus is an interesting topic because there are many sides to the story of its progression. I have found a number of primary sources, in the Presidential minutes, from letters to the various Dickinson College Presidents, to inter-office memorandums about changes to be made. I thought it was especially interesting that the counseling services was so separated from the medical services.… Read the rest here

Originally, I planned to do this project on the history of Headquarters Company, 2nd Battalion, 506th PIR, 101st ABN Division because of my friendship with one of the veterans of that unit. As I started to research, I realized that with the time constraints of school and the physical limitations on getting to various archives around the country, this project would either come out lacking or it would skip resources crucial to understanding that unit. So I decided to take a step back and analyze the equipment these soldiers in a specific campaign.… Read the rest here

In my original presentation, I knew I wanted to focus on the Beat Movement of the 40’s and 50’s and the artists who were involved. After reading The Typewriter is Holy, however, I realized that I hated every member of what I had previously thought of as the “Beat Generation.” In The Typewriter is Holy, Bill Morgans thesis was that Allen Ginsberg was the head of the Beat Generation. The more I thought about this thesis, the more I realized that I wanted to argue a similar idea with a different subject.… Read the rest here

Originally, I was planning on exploring a general history of athletics at Dickinson College, not limited to a sport or time period, however, this seemed absurd. I decided to focus my research down to the formative period between 1919 and 1941, essentially the interwar period. I chose this time frame to limit the scope of my paper, as well as because athletics was changing and developing during these two decades at Dickinson, and throughout the United States.… Read the rest here

In perfect keeping with my academic ventures, the initial plan for my paper was quite interesting to me, very very ambitious, and on the whole more than a little high-minded and obscenely impractical. While the study of mercenary soldiering’s evolution from the Congo to the modern age would be interesting and very much in line with my academic pursuits, it would also be nigh well impossible to cut down to a mere 14 or so pages.… Read the rest here

Throughout these past few weeks I have inquired more knowledge about the Trout Gallery that I had ever intended to do.  Most of my research has been with the help of Professor Earenfight, the current director of the Trout Gallery.  He has helped me enormously by giving me material that is relevant to my research.

When I initially started my research on the Trout Gallery I had countless questions that I wanted to explore and find the answers to.  … Read the rest here

Since I had misread the assignment for a couple weeks ago, I’d thought I’d re-publish my old thoughts. “Darnton does a wonderful job of getting into the mindset of these apprentices and attempting to create reasoning for their actions. By building and explaining the mindset of the worker in eighteenth-century France, Darnton is able to relate their actions to actions that the reader currently partakes in such as Marti Gras and the craziness that currently occurs.… Read the rest here

Both the “The Great Cat Massacre” and “Through the Prism of Witchcraft” deal with the issue of witchcraft during the seventeenth and eighteenth century and the underlying causes, problems, and social issues within the societies where accusations were common. These articles both work to disprove the commonly held beliefs that witchcraft accusations were primarily made against women and that the massacre of cats in France was solely due to a revolt against the social hierarchy.

The article “Through the Prism of Witchcraft” by Valerie Kivelson describes the variety of reasons behind the rise in witchcraft accusations, as well as working to prove approaches towards witchcraft were not uniform throughout all the affected countries.… Read the rest here 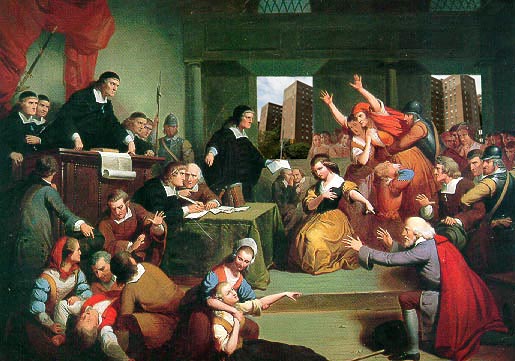 For the journeymen of the Parisian print shop discussed by Darnton, this angst was directed at their master and his wife.… Read the rest here

The first article, Throough the Prism of Witchcraft: Gender and Social Change in Seventeenth Centry Muscovy takes the witch hunts and compares them to the witch hunts that happen in the Western world and throughout Europe. Valerie A. Kivelson writes about gender in the witch hunts, and how in Russian society, only thirty two percent of the accused were women. In Western Europe and America, this statistic increased to be eightly percent. A thought is made that ‘are women more likely to be accused because they have marginal positions in society?’.… Read the rest here