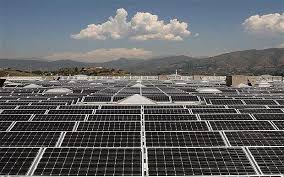 In the World Watch Report, Renewable Revolution: Low-Carbon Energy by 2030 there are several topics about renewable energy sources discussed including future US scenarios, future global scenarios, policies, ways forward, etc.. Another important area of focus is the huge potential of renewable energy sources in helping reduce levels of emissions. (Sawin and Moomaw) This brings to the table a significant debate over whether or not the best approach to stabilizing greenhouse gas concentrations is through mitigation implemented by policy instruments such as cap and trade systems or carbon taxes or if the best approach is a global transition to renewable energy sources. The evidence of previously successful transitions to renewables is strong enough to support the idea of an entire energy transformation.

There is enormous potential for all sectors of the economy to improve by investing in renewable sources of energy such as wind, hydro, tidal, and solar among others. “No one benefits from the release of greenhouse gas emissions, but developed and developing nations alike will benefit in numerousways from the transition to an energy-efficient and renewable world”(Sawin and Moomaw) To ensure the largest emissions reductions, both improvements in energy efficiency and renewables will be required however, this essay will focus on renewables. Advanced technologies can already be seen in several success stories including Germany, Denmark, Sweden, among several others.

Germany, for example, went from using essentially no renewable sources of energy to being one of the world’s leaders in the transition within just a decade. In eight years the amount of the country’s electricity coming from renewables, has increased from 6% to over 15%, leaving them well on their way to achieving their aggressive national targets for 2020. Also in the last decade, their wind and solar industries have accelerated tremendously, and the contribution of renewables to the overall final energy demand has tripled. The benefits of this movement has been not only in heavy carbon emissions reductions, but also in jobs, industry saving from fuel imports, and less pollution in the environment. The example of Germany’s noble efforts is “proof that, with a clear sense of direction and effective policies, rapid change is possible” (Sawin and Moomaw) In 2008,Germany emitted about 748 million tons of CO2 from energy use, it is estimated that if not for renewable sources, total emissions might have been about 860 million tons or 15% higher.

Furthermore, illustrations can be seen Denmark, Sweden, China, Brazil, and Isreal. First, in Denmark, their “economy has grown 75%since 1980, while the share of energy from renewables increased from 3 percent to 17 percent by mid-2008. In 2007, the country generated 21 percent of its electricity with the wind (Sawin and Moomaw). The Danes have set a target of 30% of their energy coming from renewable sources by 2020. Next, a significant shift away from fossil fuels can be seen in the heating industry in Sweden. They are now using biomass and waste as alternatives, because of heavy energy and carbon taxes, accounting for over 61% of total district heat production.

Also in the forefront of renewable action is China, hopefully setting a strong example for other nations by leading in the use of solar water heating, small hydropower, production of solar cells and wind (explosive growth rates). “A 2007 national plan aims for renewables to meet 15 percent of China’s primary energy demand by 2020. The government has tripled its 2020 wind target,from 30 gigawatts to100GW, and recently pushed its 2020 solar target from 1.8 GW to 20 GW” (Sawin and Moonmaw). Other models include Brazil who is thriving by using ethanol as a non-diesel fuel in vehicles and Israel who is a world leader in solar water heating.

As all of these examples show, over the past several decades renewable technologies have seen significant cost reductions and a real ready helping to avoid energy-related CO2 emissions. Estimates such as this one, “On a world wide basis, the Global Wind Energy Council estimates that wind power avoided 123 million tons of CO2 in 2007” (Sawin and Moomaw) among others should be reason enough to see the potential of pushing for a quick revolution to renewable sources. Examples of places such as Germany show the great potential that can be unlocked. Check out this chart of leading countries in the renewable revolution.