Carlisle Events was one of the first organizations in the United States designed specifically to conduct events for car collectors throughout the country. Chip and Bill Miller met in 1973 with a common love for collectable automobiles. On September, 26, 1974, the Miller’s rented out the Carlisle Fairgrounds to host “Post War ‘74”.[1] Prior to this event, the company became known as Carlisle Productions. A successful fall show led to the creation of a spring event. The events gained popularity and immediate success throughout the country. 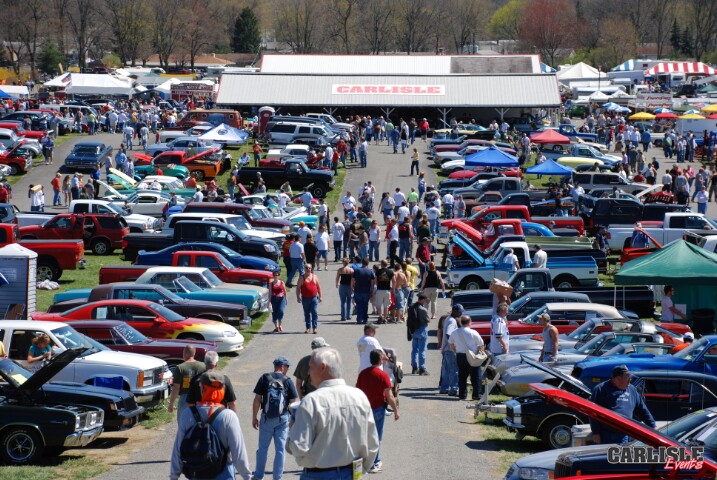 The company gave car enthusiasts from all eras an opportunity to come together with one hobby in common. In 1981, Chip and Bill Miller purchased the Carlisle Fairgrounds, and since then, the company has experienced exponential growth. Currently, the Fairgrounds is home to thirteen annual car shows. Among the events list are shows such as Spring Carlisle, Carlisle All-Ford Nationals, Carlisle All-Truck Nationals, Corvettes at Carlisle, and Fall Carlisle. “The events bring in $97 million annually to the local economy,” say officials at Carlisle Events, which employs 250 people, not including thirty full-time staffers.[2]

Prior to the purchase of the fairgrounds, the Miller’s were unable to upgrade the grounds in terms of traffic control.  The purchasing of the grounds allowed for new upgrades to be put in place:

“That was one of our big things, and that is why we initiated a traffic plan [after purchasing the grounds]. The lettered streets up here have parking on one side for residents and the other side is open. Over the years there has been a better funneling of traffic and a better coordination of the police and the different municipalities. We have been able to handle the traffic more appropriately, and also, the residents realize the money that can be made from parking cars. A ton of non-profits make a lot of money,” said Diane Vaughn.

Carlisle Events has made attempts in the past to bring the car show crowds to the downtown area, but there has  been little success [See Revitalization page].  The company is open to new ideas to aid in the revitalization of downtown Carlisle and acknowledges the possible frustrations of downtown business owners.

“I know it has got to be frustrating as a business person downtown, other then perhaps the restaurants and the bars that get more of a hit, to have this many people come to their town and not help their bottom line.  I’d be pulling my hair out,” says Diane Vaughn, speaking on the lack of car show crowd flow into downtown.