“YOU ARE NOT HERE MERELY TO MAKE A LIVING. YOU ARE HERE IN ORDER TO ENABLE THE WORLD TO LIVE MORE AMPLY, WITH GREATER VISION, WITH A FINER SPIRIT OF HOPE AND ACHIEVEMENT. YOU ARE HERE TO ENRICH THE WORLD, AND YOU IMPOVERISH YOURSELF IF YOU FORGET THE ERRAND.” –WOODROW WILSON

One of the most difficult concepts to define in our society is that of social class structure. Differences in education, occupation, wealth, and income certainly account for stratification of American society. “A stratified society is one marked by inequality, by differences among people that are evaluated by them as being higher or lower.”[1] The most common distinctions between classes categorize the American population as rich, middle-class, or poor. However, the increasing poverty rates and growth in social service agencies -specifically, non-profit organizations- catering to the needy are most certainly widening the gap between the have and the have-nots. Though there is indeed a fixed social class structure in the United States, “most American citizens do not acknowledge the reality of class difference, of class exploitation, and they continue to believe that this is a classless society.”[2]

Whether or not we individually choose to acknowledge the class issues, they exist, as author Bell Hooks asserts in her book Where We Stand: Class Matters: “Everywhere we turn in our daily lives in this nation we are confronted with the widening gap between rich and poor. Whether it is the homeless person we walk by as we go about daily chores in urban areas, the beggars whose cups tinkle with the sound of a few coins, the middle-class family member or friend who faces unemployment due to cutbacks, plant closings, or relocation, or the increased cost of food and housing, we are all aware of class. Yet there is no organized class struggle, no daily in-your-face critique of capitalist greed that stimulates thought and action -critique, reform, and revolution.As a nation we have become passive, refusing to act responsibly toward the more than thirty-eight million citizens who live in poverty here and the working masses who labor long and hard but still have difficulty making ends meet. The rich are getting richer. And the poor are falling by the wayside.”[3] 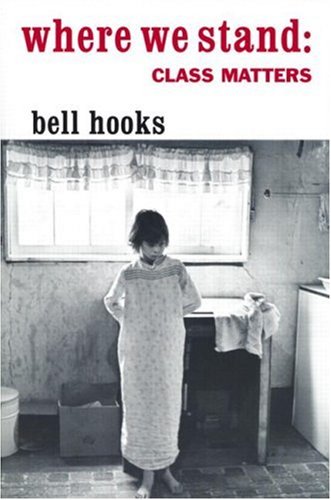 In 2006, 36.5 million people in the United States were in poverty, approximately 12.3% of the population. [4] Due to the staggering nature of this statistic, one can begin to understand the importance and necessity of social service agencies and welfare programs in the United States.