How is the concept of personal space different between France and the United States? One of the most confusing aspects of French culture, in our opinion, is the perception of personal space. Melody’s first memorable experience with personal space in France was the first time that she met the grandmother of her home stay hosts. On her way through Jardin des Plantes, Melody had, by coincidence, ran into her hosts, who were hosting their grandmother for the weekend. Melody was hurriedly introduced to her and, in honoring French custom, the grandmother went in for the “bise”, one kiss for each cheek. Forgetting the seemingly space-invading custom, Melody awkwardly responded late and, when the grandmother went to her left, Melody went to her right resulting in almost kissing the grandmother on the mouth. This apparently was not enough embarrassment, since the grandmother then turned to the right and Melody consequently turned to her left, which resulted in another almost-mouth kiss. Quelle horreur! Experiences such as this one are not an uncommon phenomenon for foreigners in France, as the concept of personal space varies widely between cultures. What makes up personal space in France? How is it interpreted differently in French contexts and practiced in daily life? While these questions are seemingly complex, exploring them with our intimate observations of French culture allows for a more structured analysis of the definition of personal space with the context of France.

You’re never fully dressed without a smile… unless in France!

When walking down the street in America it is normal to smile at the person who passes by you. However, in France this is rare. If you practice your American smile in France it will either not be reciprocated or met with confusion. You may think that this is because the French are rude. Yet, this behavior is essentially due to a cultural difference in the perception of personal space between France and the United States, which translates in the way French people build their relationships. Americans are usually very open from the beginning and it is normal for them to share personal information even if they are meeting someone for the first time. This practice takes a longer time with the French. Indeed, if they decide to share personal information with you at all, it may not occur until after multiple meetings. While this may be shocking to people from the United States it is completely normal in France. The French value their relationships and carefully choose the information they share with others. 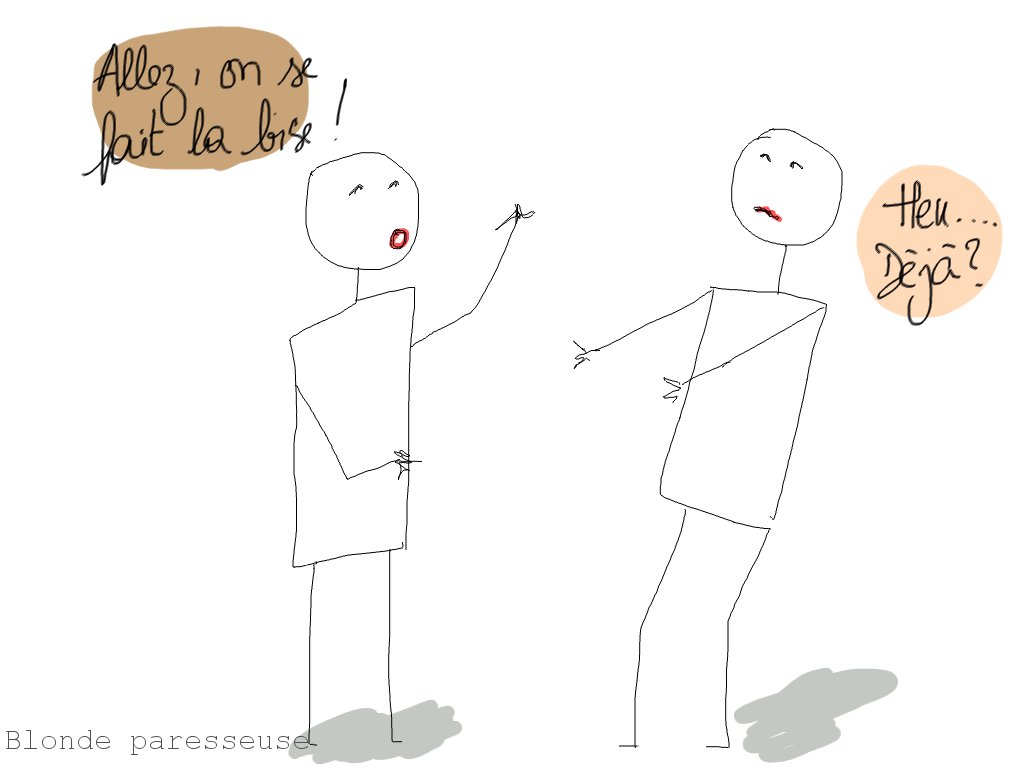 Paradoxically enough, as we’ve seen in the introduction, it is not uncommon in France to “faire la bise” to greet people you just met, whereas it is perceived as very personal contact in the United States because of the physical proximity that this gesture implies. This is another proof that the two cultures do not share the same perception of personal space and privacy.

The way in which the French treat their private spaces demonstrates another cultural difference from typical Americans. Walking around Toulouse, you can often see groups of young people dining together, sitting by the river and generally enjoying the city. While this isn’t shockingly abnormal, the frequency at which young Americans habitually choose to have an outdoor get together is far less frequent. Living in Toulouse has felt reminiscent of the U.S. in the late 20th century in terms of how and where people tend to congregate. Americans crave innovation, and the creation and popularization of the Internet and cell phones has diminished the need for young Americans to leave their personal spaces to socialize. Your friends, and virtually anyone who has a social media account, can be reached, or monitored, with a few clicks, scrolls, and taps. The French aren’t technology adverse, of course. They too enjoy the accessibility of the Internet and social media by the same means. But they continue the tradition of staying out to see those inside and outside of their social circles. Almost any day of the week, one can see young people hanging out by La Garonne, the river that runs through the city of Toulouse. A few times friends we’ve wanted to see were already there, hanging out with friends of their own.

This cultural difference has affected how both cultures use their private spaces, most specifically their homes. The most typical way young Americans hang out is by having an activity at home. We have coined the term “pregame”, in reference to drinking with friends in one’s home before actually going out, or “Netflix and Chill” to mean watching a movie with a love interest at home instead of forking over the money to go to the movies. The comfort of being in our own homes, and bringing others into it, has begun to replace the typical shopping-mall hang out on a Friday evening one would do to see if their crush would stop by with his or her friends. The French enjoy sleepovers and lazy hangouts too, but tend to be more selective with who they let into their homes and how frequently. In a physical way of demonstrating this preference to privacy, French homes, apartment buildings, schools and offices have shutters over each window and even over some doors. It isn’t unusual to see these closed during the night, hot days, or when people are not at home. Shutters have become ingrained into the French culture, as traditional and for practical use. There are many kinds of shutters; however, the most popular are wooden or electric shutters. Shutters can help retain heat during the winter, prevent the sunlight from heating the house in summer and add an extra layer of security to any building. One can observe simply by walking down a typical Toulouse street that most houses also have a gate, a wall, or tell hedges surrounding the house to block the view from the street. This adds another layer of security as well as personal privacy, which the French cherish. The French regard the home as an intimate, personal space which only close friends or family usually have the invitation to see inside. They layout of a typical home can be used to describe the population in general; reserved and quiet on the outside but charming on the inside.

How can we interpret the different approaches to the notion of personal space in France and the United States? 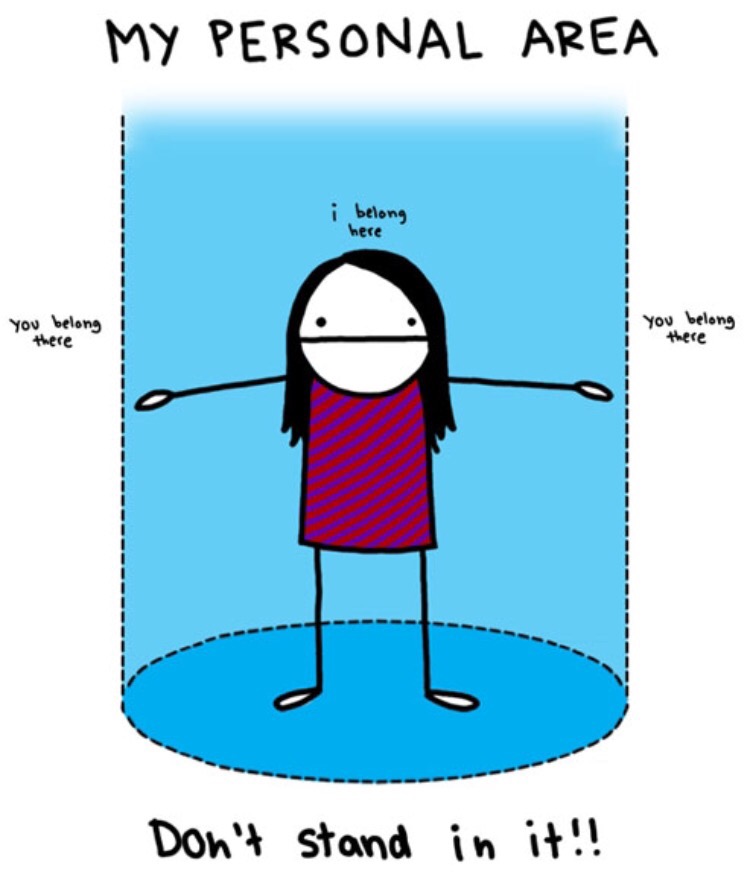 For an American, having space and privacy is integral to the American identity as a freedom that is underlined in the Constitution. Big houses and personal space for cars or objects are looked upon as favorable and having space for one’s body is seen as the norm. In contrast, the French standard of personal space reveals a seemingly subtle paradox: while houses and personal life are seen as extremely private aspects, the space invading “bise” is seen as not just a formality but an accepted necessity. In the French context, personal space is translated into the physical space, the house and home, while that of bodies or literal “personal space” is seen as not as important. The American mindset focuses much more on the spatial arrangement of the personal as important: having space for the body is the most important whereas the space of house and home is seen as a less private, bordering on a public display. For Americans in France, it can be very confusing to read the signs of personal space, especially with the “bise”. One of the greatest misunderstandings between French and Americans stems from this difference in interpretation, as the need for personal space pervades our lives in ways that sometimes we don’t stop to think about. With increasing globalization and mobilization of world citizens, it is imperative to keep an open mind within different cultures as well as be aware of how you take up space, whether personal or physical. Space as a cultural aspect can be intimidating but also enlightening.