George’s and Piatto: Representations of Past and Present

The Geography of Class

Representations: Past and Present | Carlisle’s Future: A Shared Vision 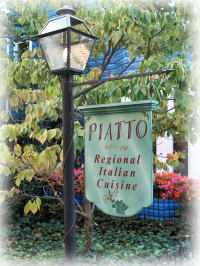 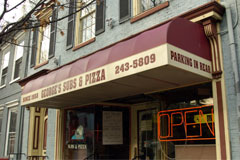 The following is an analysis of downtown Carlisle’s two Italian-American restaurants.  Since they both specialize in Italian cuisine, plus the fact that they were introduced to Carlisle at two very different periods in the town’s history, they provide a wonderful exploration into traditional and contemporary Carlisle.

The town’s restaurants have long been the backbone in the creation of this down-home feel.  This is largely attributable to their continued family ownership, much of which can be traced back to the influx of European immigrants coming to America in search of a better life.  A significant number of these European immigrants that settled in Carlisle saw their opportunity through the food service industry.  Greeks represented the most well represented of these immigrant groups in Carlisle and consequently they soon found their way into the restaurant business.  Susan E. Meehan offers some insight into this phenomenon in her book, The New Way: Greeks Come to Carlisle, Pennsylvania:

Working as an autonomous businessperson was the main consideration, and owning a business was a major step representing true economic freedom…the restaurant became the ideal undertaking for an independent person who could set the menu and the hours of operation, and with an increased number of employees, the businessperson was in position to help others by providing a job and training.  The independently run restaurant provided excellent opportunities for the private businessman.[1]

Several of the town’s restaurants are representative of this European immigrant strive to ascend the social class ladder in America.  In order to explore the comparison of traditional and contemporary visions of the downtown, the following will analyze the downtown’s two Italian eateries, with George’s Sub’s and Pizza as a reflection of traditional Carlisle while Piatto will represent the contemporary.

One of Carlisle’s best representations of this narrative lies in the story of George’s Sub’s and Pizza. 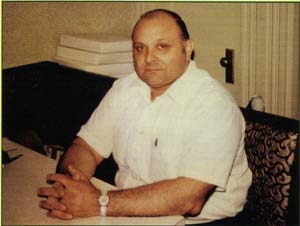 George’s parents immigrated to America in the early twentieth century.  He eventually came to Carlisle, at the suggestion of a former Navy buddy, and took over the Kruger’s Dairy store building, located on High Street, in 1958.  George epitomized the hard working, working-class American, a trait that is very well respected in a town like Carlisle.  In an interview with Pete Merisotis, George’s son, Pete explains his father’s work ethic:

He had a closet in the back here (George’s), showered in the basement, had a cot, a shelf, a light, and a bible, he worked like 16-20 hour days, at least, and he would close at around midnight and open up at 6a.m.  So, it was a job.  The first three years, that’s how he lived, because he didn’t feel that he could afford to live in the apartments he had upstairs here, and after three years he took one of the apartments.[2]

Despite changes to Carlisle’s landscape and direction of the town, George’s has served as a staple among the community for almost fifty years now.  One of the aspects of George’s that has led to its long-lived success has been its continued acceptance of the Carlisle community.  Inside the restaurant, the walls are covered with photographs and memorabilia from residents and visitors dating back to its founding in ’58. 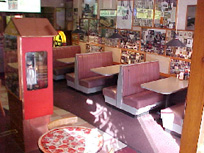 George’s immediately assumed a working class identity of which it still proudly assumes today.  Meehan notes the cultural significance of George Merisotis’ ambition, “George Merisotis’s move to Carlisle is an instance of true modern mobility, in which individuals seeking opportunities for a better life strike out on their own.”[3]  Pete Merisotis has been very conscious of maintaining his father’s hard working nature, which, like several of Carlisle’s other long lasting restaurants deeply rooted in family tradition, has generated success and appreciation from its patrons.

While George’s, and several other restaurants with similar working class traditions have served as icons within the Carlisle economy, contemporary visions for the town’s future success have changed.  Piatto represents this new vision.  Piatto was introduced to Carlisle nearly ten years ago under the direction of founder and current owner Ross Morris. 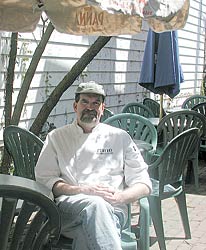 Prior to opening Piatto, Morris ran the first coffee shop in downtown Carlisle in the building that is now occupied by Matty’s Kitchen.  During our interview, I inquired as to how Morris decided to open an Italian restaurant, something with which he had basically no prior experience.  “I basically wanted to do a restaurant, I looked around at the ideas that I could do and what was not being represented and though Italian was the way to go.”[4]  Mr. Morris takes exceptional pride in creating an authentic Italian dining experience.

Morris makes particular note of the authenticity of the food his restaurant prepares and how it differs from what most Americans have come to accept as Italian.  “But Italians, actually the only Italian-American (restaurants) you could find in America until fairly recently was straight up Italian-American.  You know, spaghetti and meatballs, lasagna, they don’t serve that in Italy, you won’t find it.”[5]  Morris goes on to explain that he enjoys Italian-American food, but emphasizes the fact that it is different from real Italian food.  Traveling through Italy several times, Morris feels as though he has been able to recreate authentic Italian cuisine, much like what you will find in Italy.  Considering that Piatto is more of an upscale restaurant, especially compared to most within Carlisle’s immediate surroundings, Morris notes that his food caters to and is better appreciated by a certain demographic, a class that has easier access to the luxury of experiencing different cultures, unlike George’s which has focused on mainstream Italian-American food.

The people that seem to appreciate us most are people that have traveled the world, people that know the difference between mediocre and good food.  And Italians are incredibly impressed with this.  I never understood this, like Italians come to Carlisle and they bring them here and it’s like man if I was in Italy I’d be wanting to eat Italian food, not American food.  And they say, you don’t understand.  They know they have the best food.  It’s not an egotistical thing either; they just know that their food is that good.[6]

Morris’ attempt to cater to a different demographic than most of Carlisle’s traditional family-oriented-working-class restaurants is representative of the town’s desire to appeal to a wider audience.  This is not to say that newer businesses don’t share a similar vision of the town’s direction with the more established businesses.