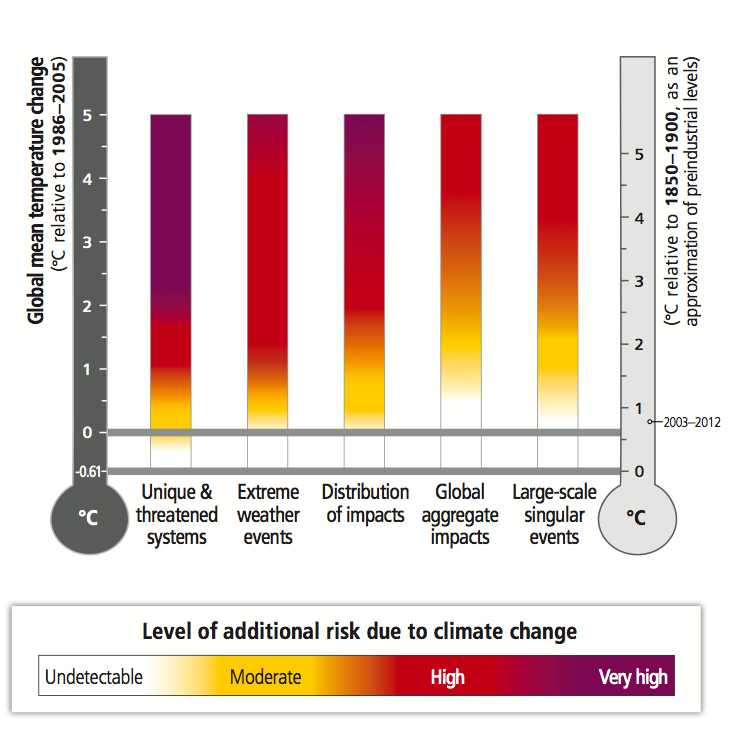 Climate change is the largest challenge humanity has ever faced. The problem and solution in its essence are simple: humans are emitting too greenhouse gasses and need to stop these emissions. However, in reality it is exponentially more complicated. The ability to emit greenhouse gasses in unlimited qualities has been built into the fabric of modern society and the global economy, yet, these emissions also threaten to destroy both. The notion of ‘dangerous’ climate change can mean something completely different for each person trying to quantify it; it changes based on region, capacity to adapt, perceptions on the science and so on. For the purposes of this essay dangerous climate change is already happening, at a one-degree increase in global temperatures, and unacceptably dangerous climate change is anything beyond this. Incremental changes in policy and reforms are inherently unable to avoid dangerous circumstances because it is already happening; there is no time to wait for gradual shifts and transitions to a clean energy economy and society. Transformative and radical changes in the way and how much humans consume energy are necessary just to avoid even more dangerousclimate change.

Currently there has already been an observed increase of almost one degree in world temperatures, with roughly 400 parts per million of carbon dioxide in the atmosphere. There has been relative international consensus, with an agreement to review decision later, that a temperature increase of two degrees Celsius is an acceptable amount of climate change to avoid “dangerous” effects. Thomas Lovejoy, a highly respected biologist, has said that based on what he has observed already in terms of ocean acidification, changes in annual cycles, temperature, precipitation and these effects of biology and biological diversity, the idea of two degrees is to much. He noted that anywhere one looks, “the finger prints of climate change” is visible. Just looking at the Burning Embers Graph, created by the IPCC, risk is created with any amount of temperature change. However, if we quantify dangerous change as beginning with the “high risk” category, that begins after one degree and the “very high” category begins right after two degrees. Climate change has already had measurable consequences such water availability, extreme weather events (such as hurricanes and typhoons) that have impacted human health and safety, and an increase in severity and number of wildfires as well as heat waves.[i] While these impacts have not affected each region and every community equally, clearly the world is already at a stage of dangerous climate change for many. With the realization that the world is already experiencing ‘dangerous’ climate change, the most aggressively climate-resilient pathway must be chosen. A report by the Worldwatch Institute noted that a transformational, “transition is essential if we are to achieve emissions reductions on the scale that the IPCC says is required by 2050 in order to limit global warming to 2-degrees Celsius.”[ii] The report later specifies that a least eighty-percent below 2000 levels, is required. This signifies a truly revolutionary change in energy consumption for such a short time scale, particularly considering this is based off a goal of two degrees, not just one.

Yet, that does not mean it is not possible. According to the same report by the Worldwatch Institute necessary transformational change is viable in the coming two decades (to achieve the 2050 goal) if a combination of energy efficiency and renewable energy is used. In the “Climate Change 2014: Impacts, Adaptation, and Vulnerability: Summary for Policymakers” the Intergovernmental Panel on Climate Change (IPCC) said with high confidence that, “Transformations in economic, social, technological, and political decisions and actions can enable climate-resilient pathways.”[iii] Transformational changes require mitigation actions on these four levels immediately, through a rapid growth in clean energy implementation and use, a drastically more energy efficient society and economy and the strong political force to promote and implement these changes. An effective strategy of mitigation a few decades ago, before climate change was acutely visible, would have involved incremental changes and gradual policy reform to slowly create a low-carbon economy. However, humanity is no longer in this position. The future security of the world depends on avoiding any and all amounts of dangerous climate change. The ability to do this will directly rely on the collective ability to create rapid transformative change that drastically reduces current greenhouse gas emissions.

One Reply to “Transformative Change or Bust”