Give a big “ruff” and hello to King, Jaxx, Luna, and Coco! 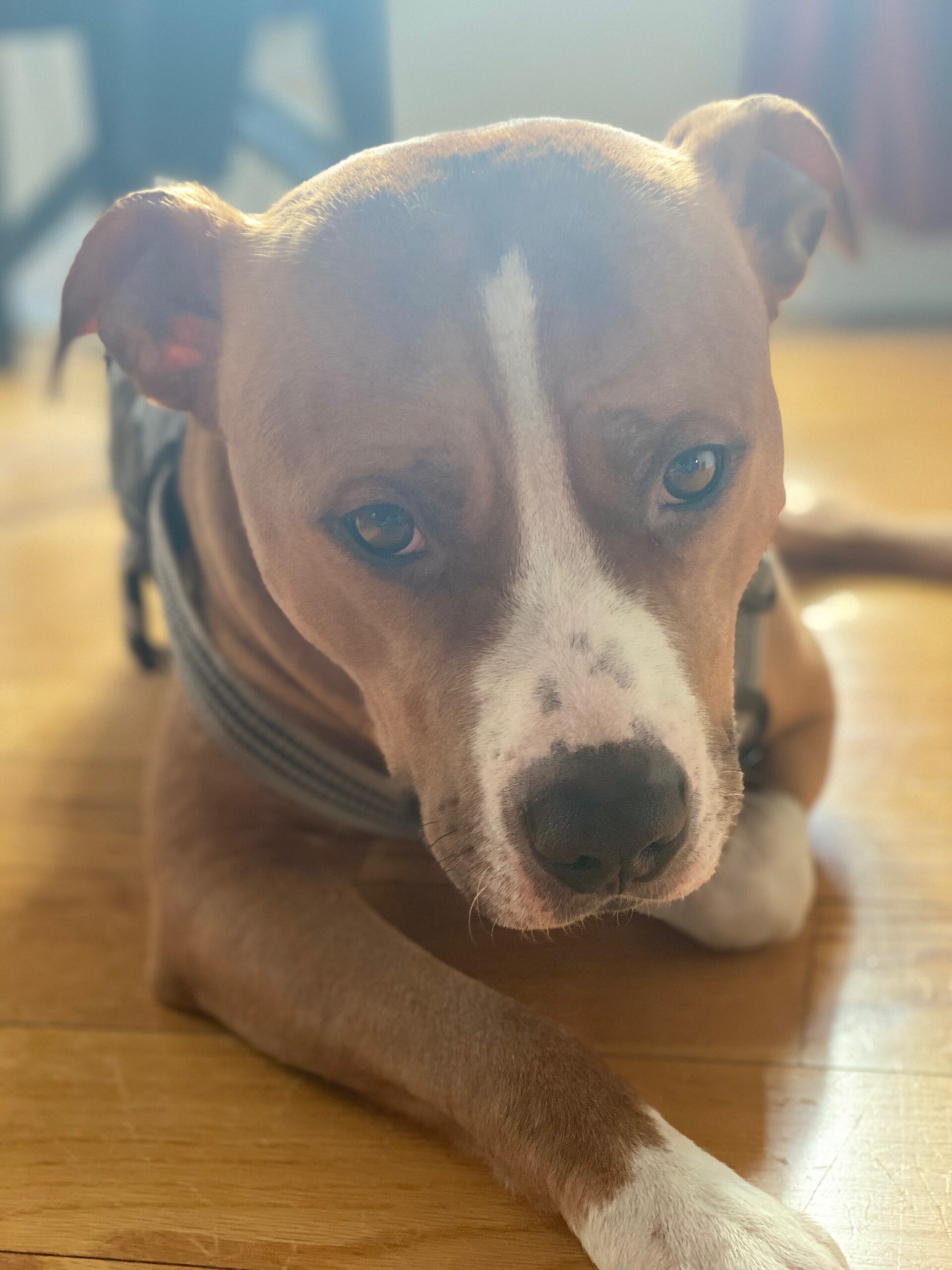 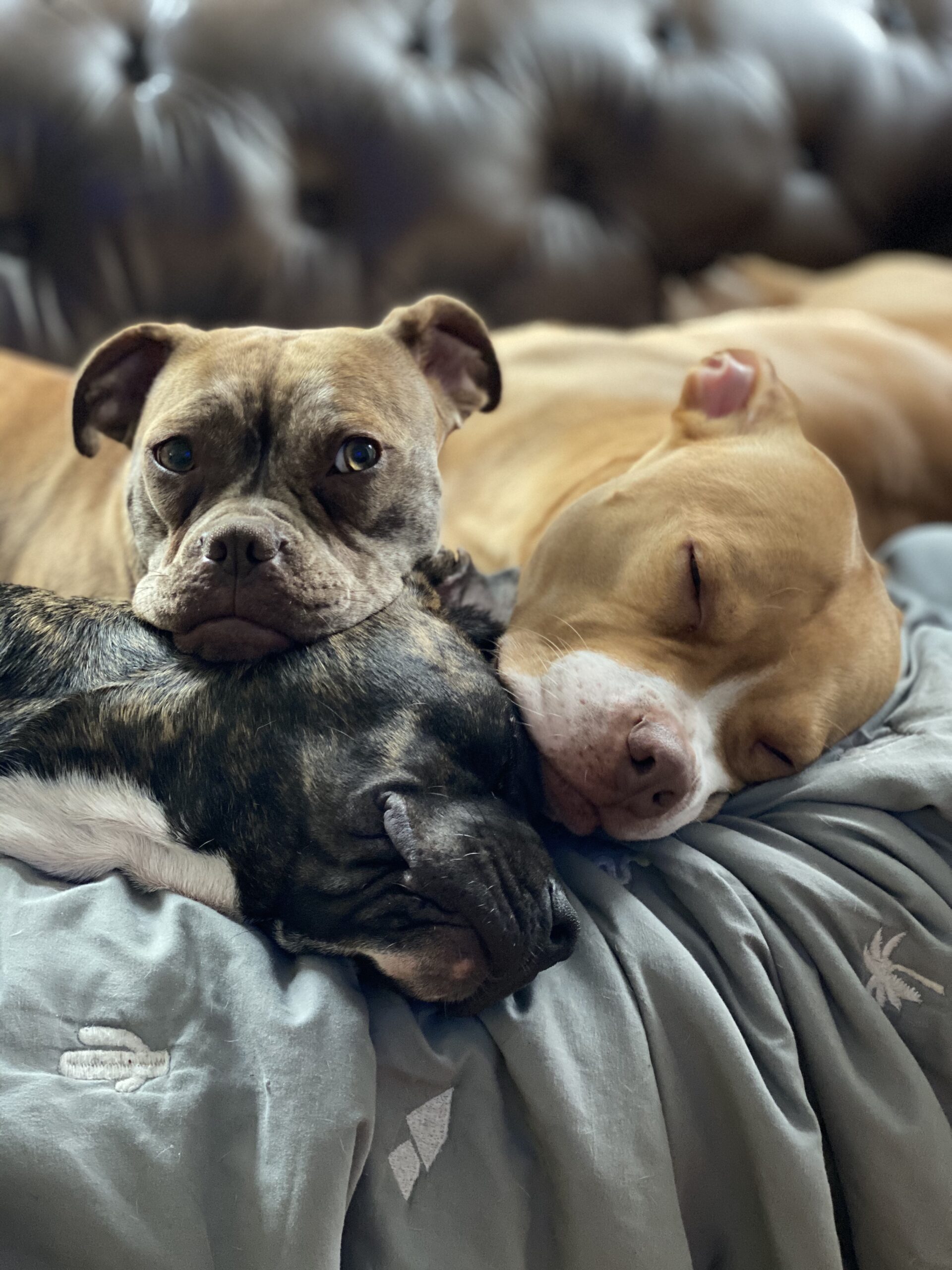 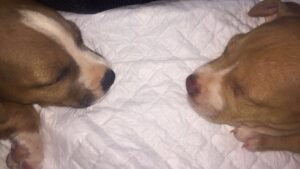 King and Jaxx are both six-year-old Pitbulls originating from down south: South Carolina. Being the last two in a litter, we rescued them at about three
weeks old when the owner died and no care was going to be given. Traveling on a plane, they now live in East Haven, Connecticut with my family and two adoptive sisters. King and Jaxx share the same birthday on July 12th, 2016. However, their personalities are on different ends of the spectrum. 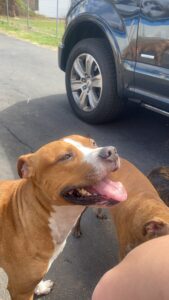 King is my baby. He’s an aggressive cuddler, especially when sleeping! No matter who you are, if your vibe is right, he’ll come up and say hello. He’s very intuitive and territorial. He is a huge napper as well. He’ll sleep no matter the hour if he sees everyone else is lazy. King does have his bursts of energy though; getting the zoomies whenever he comes back in from outside. He loves to play hide and seek but beware if he finds you… he’ll lick you!

Jaxx has huge amounts of energy no matter the day! He sleeps with my younger brother and when you open 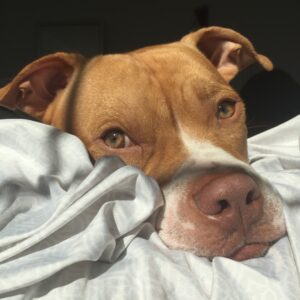 the door for his morning bathroom, he’ll dart out of the room ready for the day. He likes affection and will show it by rubbing himself on you like a cat would! However, giving him hugs and rubs is a little harder because he is a little more anxious and evasive. You know he’s excited to see you when he starts sneezing uncontrollably! He’s the calmest and most laid-back of them all… well at times. 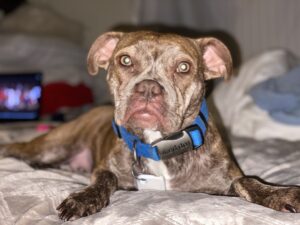 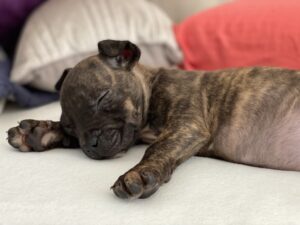 Luna and Coco joined the family later on November 30th, 2019, and January 19th, 2020, respectively. Their birthdays are unknown but we celebrate them just as equally! 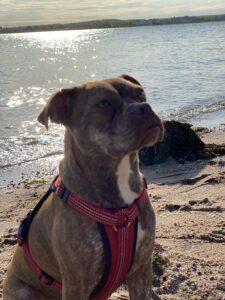 Luna is a pitbull and chihuahua mix of about three years of age. She came from the city of New Haven, Connecticut, and was skinny when we got her. After a couple years with us, she’s a healthy weight! Despite her small size, she packs a punch! Growing up with Jaxx and King, they constantly played and she learned to hold her own. She has an extremely adorable underbite and we all love it; it’s what makes her unique. Luna is one to get into any trash she sees so we have to keep a lid on everything! She’ll eat anything from old food to toilet paper. Be careful though: When sitting or laying down she loves to nibble on your ears! When Coco came around, she acted like a mother figure to her. They slept together and luna even cleaned her sometimes. 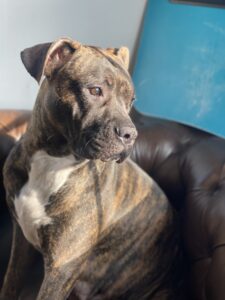 Coco is around just under three years old. She’s a bull mastiff and pitbull mix!
Given to us by one of my father’s friends, she quickly became the baby of the
bunch. If you’re going on a walk at night, she’s not the one to take. She’s scared of anything! Coco constantly exhibits puppy-like behavior; constantly biting on the others’ faces to initiate a play session. She’ll even grab a toy, drop it at their feet and run away with it if they try to grab it! Although getting mastitis and currently having hip dysplasia, she’s still as playful as ever.

Jaxx and Coco unexpectedly got together and created twelve beautiful bull 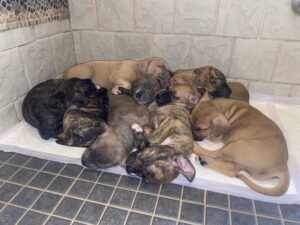 mastiff pitbull puppies. We created a safe space for them in my mom’s walk-in shower! This is where Coco came to feed and play. When she got tired of them, she would come out and see everyone. Although we loved them, we had no space for all twelve. We took care of them until they were eight weeks old and ensured they were given to a family who would give them the proper care and love. Saying goodbye was hard but only it was to 10 of them. We kept two!

This is Grizz and Smoke, the sons of Jaxx and Coco. They live with my father but we see them from time to time. They are double the size of their parents with much more skin on them! Smoke has Jaxx’s personality while Grizz takes after his uncle King’s behavior. When they jump on you, make sure you stand your ground, or else you’ll be on the ground! 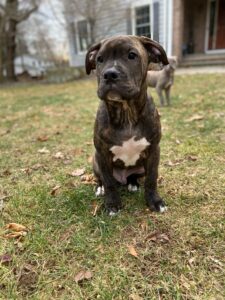 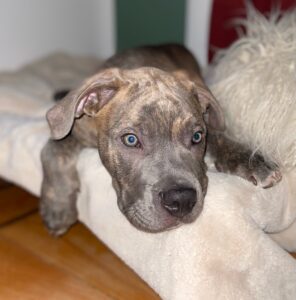