The Chicago Cubs: Stuck in the Friendzone Since 1908 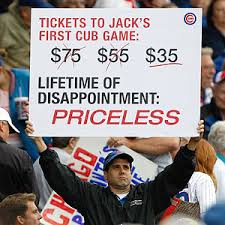 So Tuesday night the Chicago Cubs FINALLY won a playoff series at home, defeating the mighty St. Louis Cardinals in four games. Only took 145 years of being a professional baseball team to do so, but hey at least they did it.

This series win puts them one step closer to finally ending the longest championship drought in professional sports history, 107 years. Do you understand how much important stuff has happened in 107 years??? Two World Wars, the Beatles, iPhones, etc etc etc. You get the point. It’s been a while.

The Cubbies are just that team (or guy) who can’t seem to get out of the ever-dreaded “friend zone”. Now, Urban Dictionary defines the friend zone as “a state of being where a male inadvertently becomes a ‘platonic friend’ of an attractive female who he was trying to intitate a romantic relationship.” The Cubs have been flirting with a World Series title for SO LONG, but never seem to be able to close the deal. The baseball gods are literally doing everything they can to ensure the Cubs stay in the World Series friend zone.

The Cubs came close to getting out of the friend zone in 2003. But, like all guys stuck in the friend zone, the ever-feared “cock block” reared its ugly head and swiftly shut down any chance the Cubs had to score with their dream girl. 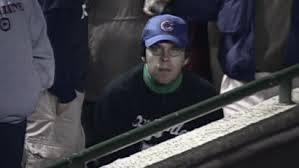 To Cubs fans, Steve Bartman is the ULTIMATE cock block. It’s like your best friend swooping in right before you’re going to close the deal with the girl who’s friend zoned you since the first week of freshman year and telling her you peed the bed until you were 18. She walks away thinking you’re weird as hell and you look at your friend like “wtf dude?”.

Steve Bartman is THAT friend. He grabbed the ball from Moises Alou and practically gave the Marlins that NLCS series. In the blink of an eye, the Cubs returned to the World Series friend zone, completely embarrassed and dejected like the hopeless bed-wetter.

Well hey, Cubs fans, this could be the year your team finally scores with the girl of their dreams and gets out of this horrible friend zone. Just bear in mind that that cock block is out there somewhere, lurking in the shadows and ready to rear its head at a moments notice to crush your World Series dreams.