Dickinson College is one of the most renowned liberal arts colleges in the USA. Located in the town of Carlisle, Pennsylvania, Dickinson College was founded in the year 1773 by the famous Dr. Benjamin Rush, who signed the Declaration of Independence. He founded and named the college in honor of John Dickinson, who at the time was governor of Pennsylvania and a signer of the Constitution. Dickinson College was the first college to be recognized in the newly established United States of America. As a prodigy of the American Revolution, Dickinson is not only one of the oldest establishments of higher education, but also currently one of the best Liberal Arts colleges in the US with a broad spectrum of subjects and an innovative curriculum. 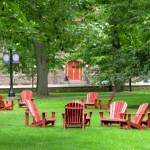 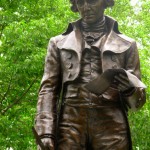 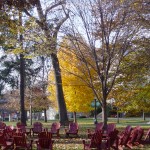 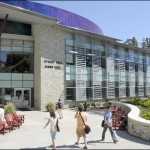 ACADEMICS
Dickinson is home for approximately 2400 students that come from various states and different countries. They can choose between 42 different majors and minors and graduate with either a Bachelor of Arts or a Bachelor of Science. With topics including globalization and sustainability, the practical application of knowledge form the foundation of every Dickinson education and are often reinforced and rediscovered both in and outside of the classroom. About 250 professors work in the departments and offer specialized knowledge, insights, and guidance to students. Small class sizes and well-equipped classrooms provide for an engaging and convenient learning environment that can often be suited to the individuals’ interests and academic focuses. The campus provides a good atmosphere for learning that extends outside of the classroom. Various areas on campus, both indoor and outdoor, can be used for studying in groups or alone, with one example being the study rooms in the library, which can be reserved online or at the front desk. The Writing Center offers assistance in all stages of writing texts in different languages and subject areas. Furthermore the staff of the library and archives is eager to help students develop ideas and research them. Dickinson values practical education, which often manifests itself in co-curricular activities or field work that supplement the more theoretical learning that takes place in the classroom. These possibilities include, but are not limited to: theater and dance, a simulated excavation site, special-interest housing, art studios, a planetarium, and the Dickinson Farm. 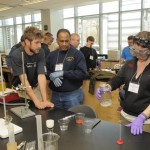 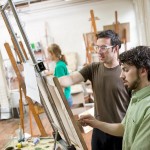 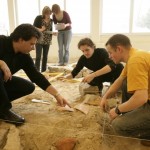 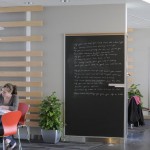 CAMPUS AND STUDENT LIFE
With the exception of the Dickinson Farm, all of the academic buildings are located on the campus in the heart of Carlisle and are situated on park-like grounds. In addition to the academic buildings, the residence halls, student union, a fitness studio, and sports facilities, the cafeteria, cafes, administration buildings, and small shops that sell necessities are all located on the campus. Designed by Benjamin Latrobe and completed in 1822, “Old West” was the first building at Dickinson College and stands today as the central point of the academic quad. The campus also provides meeting places and work spaces for its various clubs and organizations, whose interests and activities range from astronomy, the college radio station WDCV, politics, religion, to the numerous sports groups – from football to squash.

Have a look at the campus in this video. 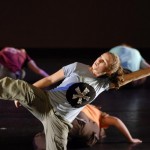 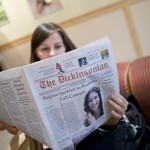 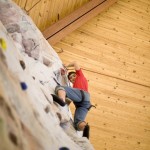 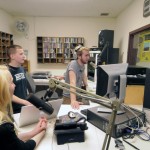 CARLISLE AND THE SURROUNDING AREA
Carlisle is a typically American, small town with just about 20,000 inhabitants. Conveniently located between multiple large cities on the east coast, Carlisle has a large transport sector, but also many small and interdependently owned shops on High Street and in the downtown area, as well as a weekly farmers’ market. While Dickinson College lies in the center of town, the Penn State School of Law, the Army War College, and the Army Heritage Museum are also located in Carlisle. Carlisle is approximately half an hour away from Harrisburg, the capital of Pennsylvania, and between 2 and 4 hours away from other large cities including Philadelphia, Pittsburgh, Baltimore, Washington DC, and New York City.