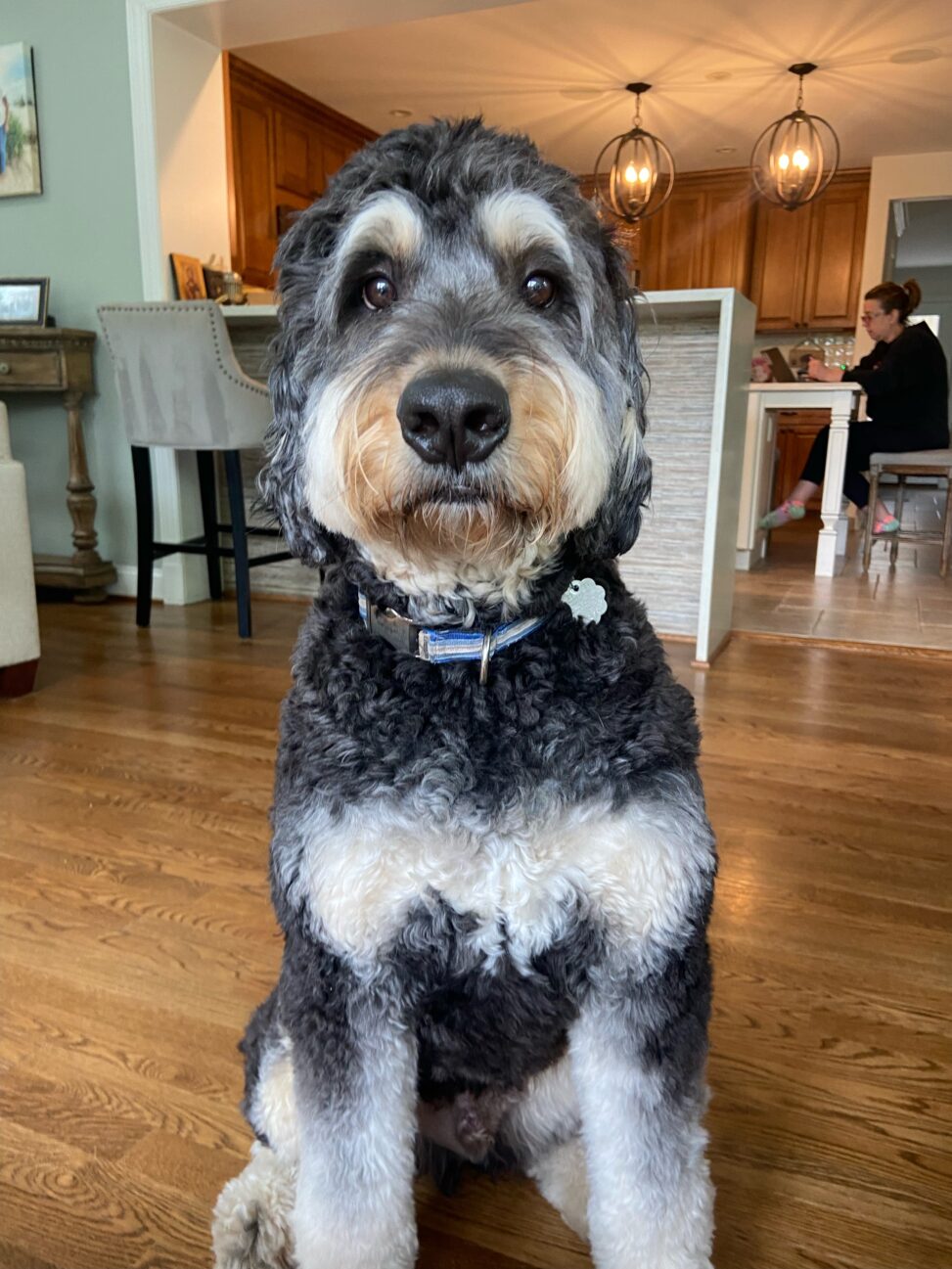 Louka is a fun and loving dog, you will often find him cuddling with the family on the couch. When he gets excited, he will flip over on his back, wagging his tail, looking for belly rubs. After leaving Louka home for a while we will often find ripped-up shoes, socks, clothes, or any paraphernalia destroyed. Seeing this we show Louka disappointed emotions. In an instant he will flip over on his back begging for belly rubs, acting submissive. He gets his  friendly disposition and  separation anxiety from his Bernese Mountain dog mother.

Why does he roll on his back when having emotions of excitement and when acting passively? After doing some research I found dogs roll on their backs when they trust their owners. First, it is a comfortable position for them because they can stretch out their four legs. Also, while being on their backs, dogs show their owners their vulnerable parts, which shows trust. Commonly dogs in this position will wag their tails and wiggle which are signs of excitement. They are seeking their owner’s approval as well as begging for attention. When acting submissive, dogs will show their vulnerable side too. They do this because they want to show their owners (or people they acted poorly towards) that they are sorry for their behavior and are not misbehaved dogs. So, when Louka rolls on his back after ripping apart shoes, he understands what he did is wrong so wants to show us he feels bad for his actions. By rolling on his back, he is preventing himself from running away quickly, showing us respect as the Alpha of the household.

In contrast, Karen Sueda, a board-certified veterinary behaviorist at VCA West Los Angeles Animal Hospital , discussed how to know when a dog dislikes someone. She said, “If the dog is fearful, he may cower or crouch, pull back his ears, tuck his tail, hide, or tremble”. Louka is overly sensitive to noise. My family was having construction done to our bathroom, which consisted of loud banging of equipment. Louka was dismayed and would not interact with construction workers even though he is an extremely outgoing dog, making this behavior uncommon. As seen, the acts of a trusting dogs are opposite of an untrusting dog . 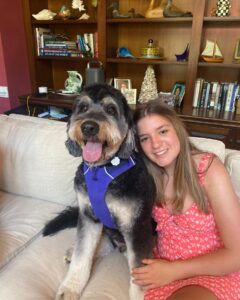 “The Authority on Everything Dogs.” Your Dog Advisor, https://yourdogadvisor.com/.