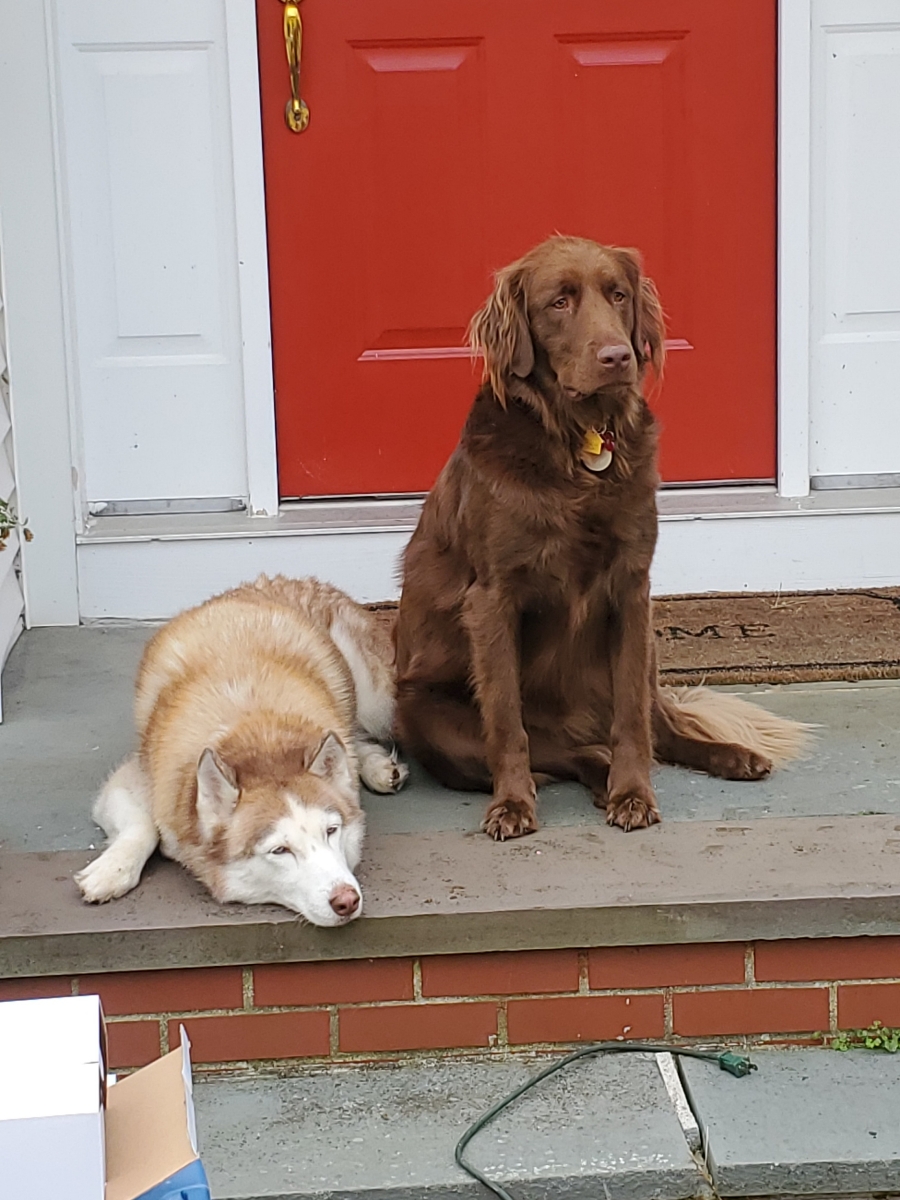 “Go fetch!” I say to Chewie after throwing his favorite Lamb Chop. He just stands there, staring at me like ‘are you serious right now Liv?’. Fetching; the action of running after and bringing something back repetitively. It’s an interesting concept. Many dogs I know love to fetch. They will run after sticks, tennis balls, and toys all day long. My dog will not. You’re lucky if Chewie will fetch once. Now when he’s around his bestie, Mishka, my uncle’s 13 year old Australian Husky, and she’s playing with all of his toys, Chewie will fetch all day trying to show her up. It 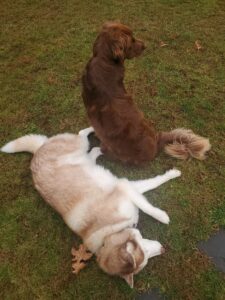 Chewie and Mishka after playing

seemed as if when Chewie had another dog watching him, he felt the need to participate in the game of fetch. What caused this? Why did Chewie play when other dogs were present?

I did some reading and this is a phenomenon called the “audience effect”. I found a very long article called Behavioral and Neurophysiological Correlates of Dogs’ Individual Sensitivities to Being Observed by Their Owners While Performing a Repetitive Fetching Task written by four authors, the primary author being
Orsolay Kiss; she attended Institute of Cognitive Neuroscience and Psychology and the Research Centre for Natural Sciences in Budapest, Hungary.

In this article, Kiss mentioned an experiment called The dynamogenic factors in pacemaking and competition conducted by Norman Triplett in 1898 was mentioned. It found that “when people think they are being watched, they are less likely to break the social rules”. This phenomenon also applies to “non-primates, other mammals, birds, and fish” (Kiss 2020). When Mishka is around, Chewie is being watched by a fellow dog, he feels that he has to participate in whatever is going on. When she moves, he moves. Orsolay Kiss continues by saying that mammals also respond to “ visual attention”. They use the actions of other animals to “adjust their behavior to the other’s attention state” (Kiss 2020). I found this to be very interesting; dogs are very similar to humans- afraid to break social “norms” when others are watching. Because Mishka looks like she wants to play and does a sort of downward dog pose, jumping towards the person with the toy, Chewie feels obligated to play with. 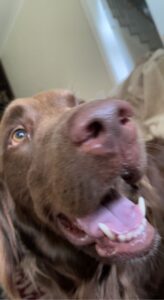 The more and more I think about the analysis of other animals and their body language, the more I wonder about where this came from, if it’s a trait from wolves. Did wolves feel obligated to act differently around other wolves, like dogs and humans? In the past, would Chewie still have acted differently around Mishka, or would he have adapted this habit as time went on? This is something I would like to learn more about in the future.