Whenever I talk to people back home about what it’s like in Bremen, I always find myself talking about the big, general impressions. They’re easy to talk about: the University, my classes, the old city and the landmarks there, the various markets and celebrations they have, how dark and cold it’s starting to become… These are all important things to get a general picture of Bremen, but they’re not the reason I find myself growing more and more attached to this city. No, it’s the little things that I’ve noticed that really make me adore the city and its uniqueness, the ones that I forget to tell my friends and family about when I’m Skyping and chatting, because the little things don’t pop out at me unless they’re right in front of me. So I guess this entry is a list of tiny things in Bremen, things that you might not pick up on just by going to the big tourist attractions. And this isn’t even all of them, because like I said, these things don’t occur to me unless they’re right there. There are strange quirks that the city has, like the odd sculpture of monkeys in front of the central train station, or the disquieting statues of three bikers and two joggers on the main walkway at the University. There’s the Bleikeller, the Lead Cellar, tucked away in the basement of the Cathedral, with an eerie display of bodies that were naturally mummified. And I’ve seen a few statues in a number of places that remind me of variations of the Cow Parade, the statues of cows that are painted with different themes. The Bremen take on this, however, is done with a donkey, a dog, a cat, and a rooster, after the Bremen Musicians. And then there are the tiny details that you don’t pick up on unless you’re paying close attention. The sewer covers have tiny keys stamped into them, the symbol of Bremen, and bottles of Beck’s also share the key as a symbol. There is a mouse in the Cathedral, though I can’t tell you the story about that one—you have to be a true Bremer to be privy to that information. 😉 There’s the reason the Roland faces the Cathedral—he was built as a symbolic balance of the power of the city and personal rights versus the power of the Church. The whole city is steeped in history, and it seems like around every corner there’s a story hidden, waiting to be discovered. The details snowball together until all of a sudden you have a picture of the city that could never be imagined just by reading up on the landmarks and snapping pictures on a tour.

You can fit right into Bremen by doing something small, like wearing a Werder Bremen scarf. I went out into the city yesterday, a game day, wearing one, even though I didn’t go to watch the game myself—I had other things to take care of. But I heard the results of the game on the radio as I stopped at a kiosk for a snack (0-0, unfortunately), and watched streams of people wearing green and white returning from the stadium. Because I ended up walking back in the same direction as the people who were at the game and had identified myself as a Werder fan, I got stopped several times by people who wanted to know what the score was. I was even stopped by a couple women who asked for directions to the central station.

When it comes down to it, however, it’s people that really bring everything together. While chatting with a classmate as we waited for the bus, an old woman picked up on the fact that I was from the US, as we were comparing Uni Bremen and Dickinson. She told me in English, with a perfect British accent, that she had studied in the US in 1951 and later returned on a Fulbright scholarship, and that she understood that it was hard to go to a new country and learn in a completely different language. She told me, with a very warm smile, that she was confident that I would overcome challenges presented to me and succeed at the University of Bremen, and then serenely bid me farewell as her tram arrived. A brief, five-minute conversation like that would never have happened if I were just a tourist. I’m happy to be here, and I love all the little details that make up my Bremen experience. 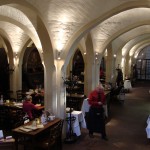 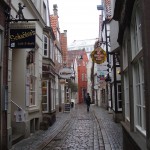 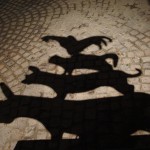 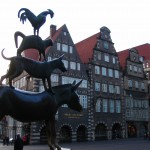 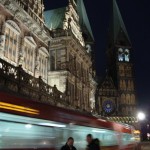 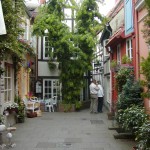 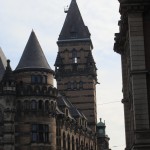 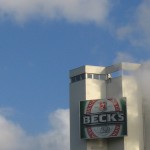 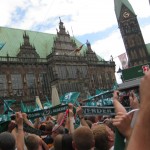