On Friday, we discovered more about the wealth and imperial power of the Habsburg dynasty. The day started with a tour of the Schatzkammer, the imperial treasury. Over the course of hundreds of years, the Habsburg family accumulated many precious and valuable items and now the Schatzkammer displays those items to the public. Items on display include the Imperial Crown of Austria, the treasury of the Order of the Golden Fleece, and the Burgundian Treasury. For the Habsburgs and many other imperial families, jewels were a way to display wealth and power. Another way the Habsburgs showed their status was with grand palaces.

On Friday evening, the Dickinson group visited the Schönbrunn Palace which included a tour of the main building, a traditional Viennese dinner, and a concert consisting of the music of Mozart and Strauss. The Palace was the summer home of the Habsburgs but is located just outside of the center of Vienna (a short 15-minute ride by tram). The elegance of the rooms and expanse of the property truly reflect the wealth and power of a family that ruled Central Europe until the crushing defeat of their empire in World War I. Today, Austria is a small nation with limited global scope. The Schatzkammer and Schönbrunn Palace are reminders of how powerful the nation once was and the changing status of nations in global power politics. 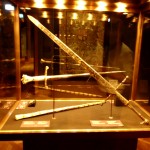 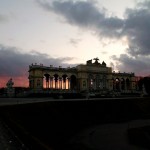 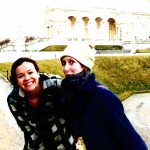 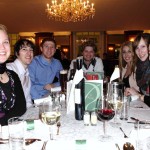