This past Thursday, the 18th of November, our “Dickinson” (German 340) class here in Bremen went to the Deutsches Auswandererhaus Bremerhaven or the German Emigration Center in Bremerhaven, Germany.  Along with Professor Ludwig and a few other German students, we traveled by train from Bremen to Bremen’s port, Bremerhaven.  In 1827 the city of Bremen purchased the land that is today Bremerhaven because the Weser River in Bremen was too shallow for large trade ships.  Therefore, Bremerhaven has since been an integral part of both Bremen’s trade-oriented economy and emigration. Upon arrival at the museum in Bremerhaven, we waited a few minutes before starting the tour.  The tour assigns each person an actual emigrant from the past who left Germany or Central Europe for the New World.  It was very interesting to follow this person’s progression through Bremerhaven’s port and eventually their arrival in the New World.  Once the tour started, I was impressed to find that it wasn’t a stereotypical museum.  This museum was based upon interaction and had numerous stations and displays set up throughout the exhibitions.  Each different room featured a scene that actually emigrants experienced years ago.  Whether it was the harbor with a life-size transport ship anchored waiting for you to board or the internal compartments of the ship that showed where the emigrants lived during the journey across the Atlantic, this museum really set up a realistic experience.

My favorite part of the tour was the room we entered immediately before boarding the model transport ship.  This room was fashioned after an old library or a room used to hold various files and records.  Decorated with various maps and diagrams depicting the 18th and 19th centuries, you really felt like you were several centuries back in time.  Many of the drawers on the walls slid open and revealed interesting facts about the emigrants.  The most interesting immigrant to the US that I found was Levi Strauss who left Bremerhaven a few years before 1850 for better economic opportunities in the states.  The fact that you could actually relate well-known historical figures like Strauss to the some 7 million emigrants who left Bremerhaven, really fascinated me.

At the end of the tour our group was guided to a bright room filled with computers and other displays.  Here you could search through various databases to find ancestors who left Europe for the New World.  Since various nationalities traveled through Bremerhaven for the New World, one did not need German ancestry to find distant relatives.  However, I was not able to find any of my family’s ancestors in the databases because I did not bring the proper information.

Overall I would say visiting the museum was a really good experience.  Being an American, one always hears about all of the immigration and diversity that makes our country what it is today.   This museum really highlighted the sheer number of emigrants who left Europe for the New World, mainly the United States, and put into perspective how difficult their struggle was. 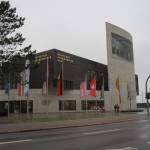 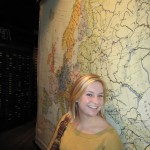 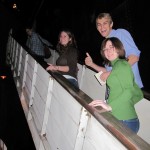 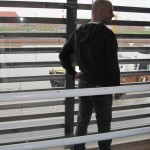 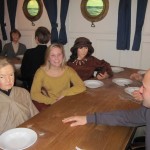 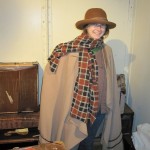 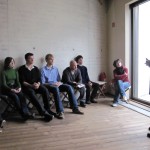 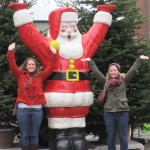 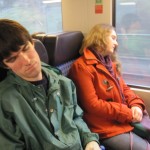