Before I arrived in Heidelberg, I didn’t know what to expect in terms of the German intensive course at the Heidelberger Pädagogium. I was especially nervous because I had not had any in-person classes since March 2020. My first day was definitely interesting and not what I had expected. In my course, the teacher only spoke German and there were people of all ages here to learn the language. In the beginning there were only 6 students, but as the weeks went by, there were more new people. After our first introductions, I figured out I was the only person whose mother language was English; other people spoke Spanish, Ukrainian or Mandarin. That forced me to only speak German with everyone because no one else spoke English, which was good.

Once the class was over at 12:15 pm, I had quite a bit of homework due each day. When I went back to my WG, I tried to finish most of my homework. With the helpful notes I took, and the online tutorial for extra help, the homework was much easier to complete. Once the first week was over, I could tell my language skills were improving immensely. The teacher made us speak many times in each class and we had many conversations in German. Even though I was extremely shy and worried about my pronunciation, I felt like I did pretty well. From 8:50 am to 12:15 pm, Monday through Friday, I spoke more German than I had in the past year with online classes. After the first week of class, I had my own routine. I took an earlier tram at 8:15 am and went to Rieger’s bakery right next to the Pädagogium. Most days I ordered a Schoko croissant, which was delicious.

Since this intensive course was only 3 and a half hours a day, I had plenty of time to explore Heidelberg. In my opinion, Heidelberg is one of the prettiest cities in Germany. I went to the Altstadt almost every weekend and explored. I bought some new Birkenstocks and window shopped in many stores along the streets. Every time I went, I had to buy some chocolate gelato or ice cream as well.

Overall I had a great time in Heidelberg and I’m happy that I learned so much with the language program! 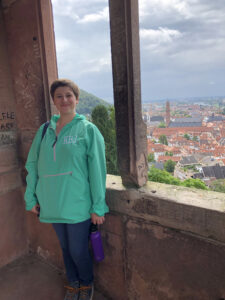 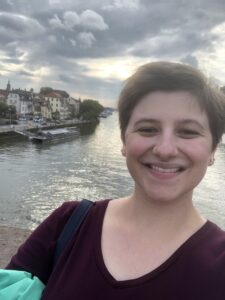 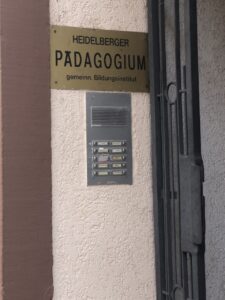