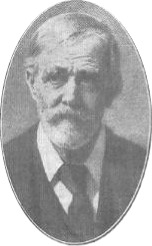 One of my students asked me the other day if there were any Latin palindromes. I said I didn’t know any, but I knew where to look. I went straight to the wonderful book of Latin word games, Bella Bulla: Lateinische Sprachspielereien, by Hans Weis (Bonn: Ferd. Dümmlers Verlag, 1985). Below are my personal favorites:

SOL ATTIGIT TALOS (“the sun touched your ankles”), perhaps a compliment for a lady in a very long dress?

SIGNA TE! SIGNA! TEMERE ME TANGIS ET ANGIS. (“Signify yourself! Signify! You are rashly touching and distressing me”) All sorts of applications for this one in everyday life.

MITIS ERO, RETINE LENITER ORE SITIM (“I will be kindly, gently restrain the thirst in my mouth”). Perhaps best spoken to a bottle of beer.

With generous support from the Andrew W. Mellon Foundation, Dickinson College invites applications for a postdoctoral fellowship in Digital Humanities in the academic year 2013-14, with the potential for an additional year of support. The Fellow will work as a catalyst for faculty innovation by planning, promoting, and implementing strategies to encourage faculty discourse about pedagogy, e-learning tools, and the integration of digital media into teaching and scholarship. The postdoctoral fellowship is an academic appointment reporting to the Dean of the College through the faculty chair of the Digital Humanities Advisory Committee, but the Fellow will be housed alongside the Academic Technology staff in the Library and Information Services division. The Fellow will a) teach one or two courses each year within his or her area of academic specialty; b) guide and participate in workshops for arts, humanities, and humanistic social science faculty regarding disciplinary use of digital tools for curricular and research purposes; and c) work with LIS staff to train students to use digital tools and technologies in order to prepare them for significant student-faculty research collaborations. The Fellow will be eligible for internal grants for pedagogical innovation, as well as standard faculty support for travel and professional development. The salary will be $50,000 plus benefits. Dickinson College is a private, highly selective, liberal arts college located within two hours of major research institutions and metropolitan areas.

The Fellow must normally have received the PhD by July 1, 2013, and within the last three years, and not have held a tenure-track position. Candidates should be conducting research that requires demonstrated expertise in the use of Digital Humanities in their scholarly field.

For more about digital humanities at Dickinson, please visit: http://blogs.dickinson.edu/digitalhumanties/

I am running all of my ongoing intermediate Latin and Greek classes on the basis of sight reading, rather than the traditional prepared translation method, and using elements of the flipped class concept with video content made with the ShowMe app. The concept is described in an APA paper I gave this year, and some of the nuts and bolts of the system, such as it is, are described in an earlier post. So how is it going, you ask? I’m doing a lot of grading (and avoiding it right now), but I am just thrilled at the change in the classroom dynamics and ethos.

Probably the best day was the day we worked on the basics of Latin scansion and metrics in the Catullus class (4th semester). They watched my little videos about the basics, material I used to do as lecture, but is now available in video form. Then in class we scanned Catullus 1 together: after the briefest of reviews (2 mins. at most) I let them loose on a big photocopy of Cat. 1 with lots of space between the lines, and off they went in pairs. A few had fully absorbed the difference between a long vowel and a long syllable, the concept of elision, and so forth, but many had not. I was able to hover around and give tips and little mini explanations using the examples at hand in a way that had everybody on the boat by the end of 30 minutes. I then projected the poem on to the blackboard and scanned it with them, just to check that everybody had it right. Class over, skill acquired, one hour, and they seemed to actually enjoy it. This is something I never was able to teach properly, and burned hours of class time tying futilely to explain in the abstract. This is a perfect application to Latin of the flipped class concept, lecture material outside of class, project-based collaboration inside. Bingo.

When it come to translation, things are a bit more complicated. I’m relying on them to absorb a vocabulary list for the day’s passage, then we translate together. Sometimes I call on individuals, sometimes I ask for volunteers. This is actually working quite well for the most part. The level of attention and focus on endings and word order is completely new, a total change from what we are all familiar with in the traditional method, where endings are seen as an annoying afterthought, word order as a kind of puzzle, Latin as mixed-up English. We go through word by word first, analyzing the endings (this often leads to mini-reviews on the board of, say, the reflexive pronoun). A second pass yields more or less decent English. We tend to re-translate the passage the next day as review, something necessary when sight-reading in my view.

The rub comes when they say “I don’t know what that word means,” though they were supposed to have learned the list the night before. Not that this is a crippling problem so far, but it brings up the perennial quandary of how to get students to efficiently absorb vocabulary.

My new inspiration for vocabulary work (this being in place of the usually unsuccessful attempt to translate at home, which is characteristic of the traditional method), is something I call vocabulary dots. Given a list of 20-30 lemmas, students choose three activities that simultaneously get them to use the words on the list and help them gain active command of key grammatical structures we will see in the texts themselves. Here are the dots. Let me know if you have any thoughts or comments! I have nicer formatting, with little sphinx emblems (these are the “dots,” but it’s not coming through in WordPress. The not terribly logical term “dots,” by the way, has caught right on, and all the students use it as an easy shorthand for loathsome term “activities,” which I suppose is more accurate. In the syllabus I just say “vocab. dots for Catullus 5 and 6” and they get the picture.

For a new list of words, choose three activities. They should take about twenty minutes each.

For a new list of words, choose three activities. They should take about twenty minutes each.