The 2023 meeting of the DCC Editorial Board centered around the creation of a wish list of texts that you, the discerning and valued DCC user, would like to see on the site. Quite a bit, including all of Eutropius, is in the pipeline. To get you thinking, here are some of the ideas we discussed. Please add your own thoughts in the comments here, send them to the DCC email account, (dickinsoncommentaries at gmail.com), or contact us via Twitter (@DCComm) or Facebook.

We began with the evident need for second-year Greek texts that are easier to read than, say, Plato. The lack of such texts results in much frustration at the lower intermediate level.

On the Latin side, much interesting Neo-Latin is right there for the editing:

We’re all for expanding the canon, but site analytics show that canonical authors are the most popular. What about:

By far the most popular part of the site is not the commentaries but the reference works, like the core vocabularies, and above all Allen & Greenough’s Latin Grammar, which gets about 40% of our traffic. Should we go for more higher quality re-packaging of hard-to-use Perseus content, like

Please do send us your thoughts, and when the time is right I will report back with the results in this space. There’s no telling what we will actually have the ability to produce, but with so many options, it will be very helpful indeed to have your suggestions. 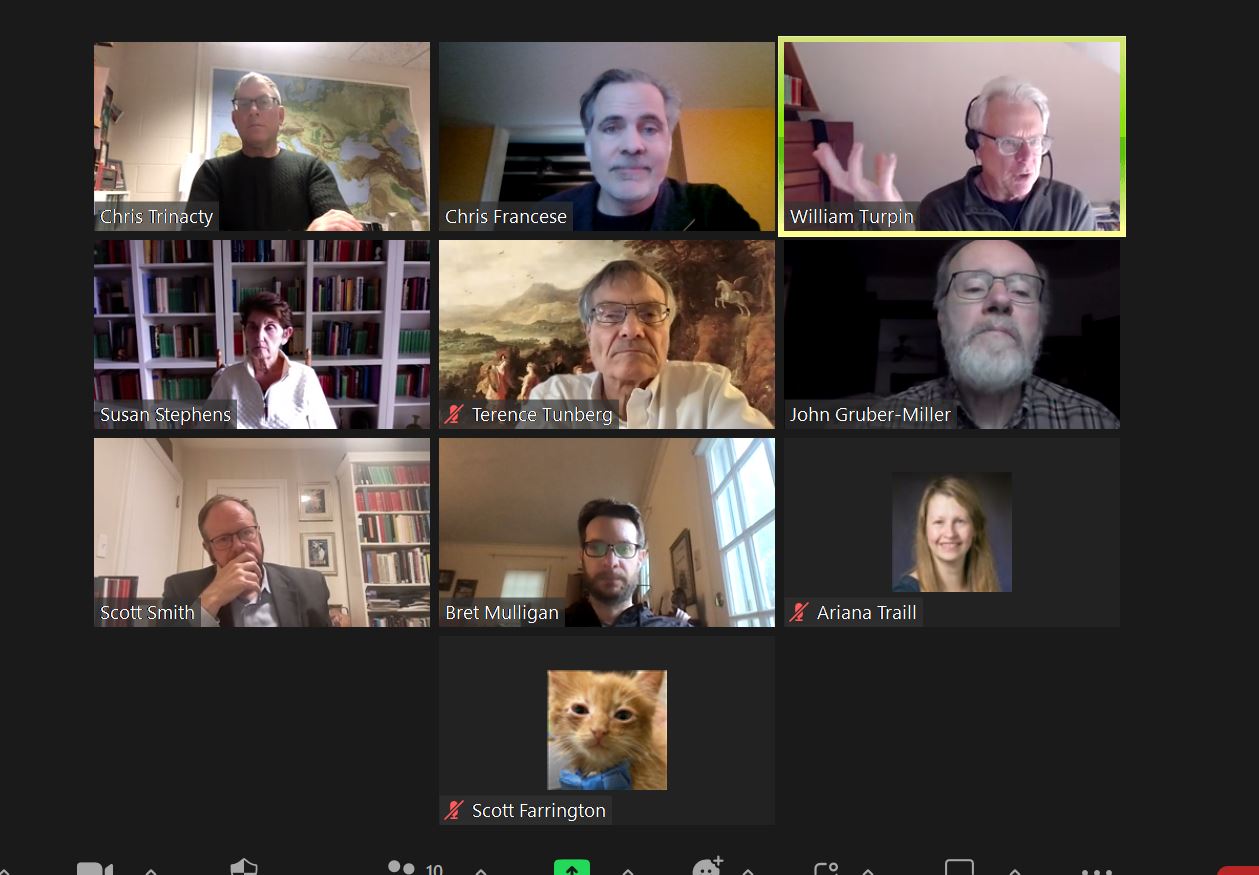 Attendees of the 2023 DCC editorial board meeting.